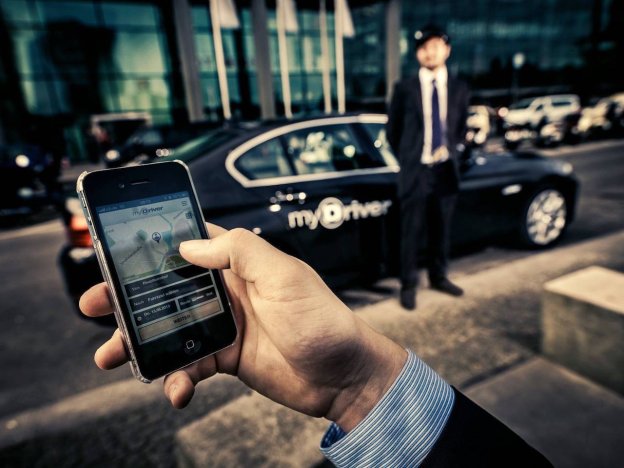 Herein, the information lies for those Entrepreneurs or Startups, who have been looking for surefire ways to create an on-demand limo booking app like Blacklane. Also, compiled strategies, which are behind the rapid growth of Berlin’s Blacklane, a Germany-based startup.

The more frequently you travel by air, the more chances to face the never-ending longer queues and the taxi fares, which could stretch your budget. However, this biggest nightmare of air travel has been successfully resolved by a German startup, Blacklane.

The startup was founded by Jens Wohltorf and Frank Steuer in the year 2011. On a fundamental level, Berlin’s Blacklane works by contracting with local professional limousine (a luxury sedan or saloon car generally driven by black car chauffeur drivers). Plus, Blacklane uses drivers’ unscheduled time to provide rides.

You might be wondering that in just four years, Blacklane (on-demand transportation startup) has successfully established, and its presence over 500 airports globally, covers 250 cities, and more than 50 countries. However, the data is pretty impressive in such a short span of time. As per the latest news by TechCrunch, “Berlin’s Blacklane has raised $40M to $45M for its high-end transport on-demand service”.

In the below-given video, you can see the co-founder of Blacklane, Frank Steuer shared his thoughts. Have a look. 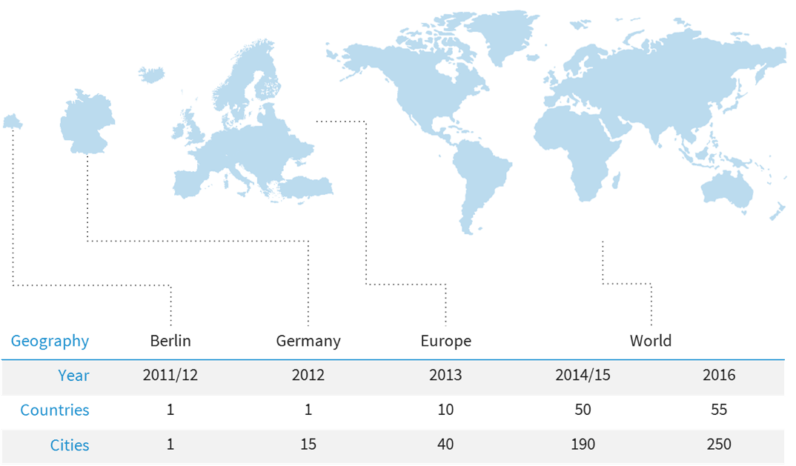 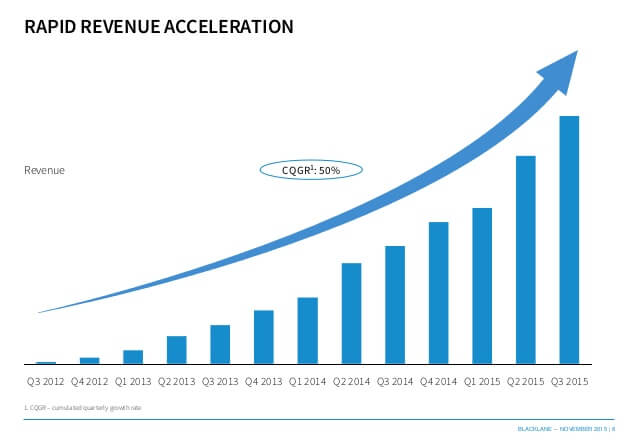 Now, moving ahead, let’s have a look at the strategies behind the rapid growth of Blacklane.

3 Strategies Behind The Rapid Growth of German-based Startup- Blacklane

1. Lessening The Pain Points of People Who Travel by Air

On a daily basis, Germany-based startup connects with its thousands of users through its website or app. With such an unusual model, Blacklane app come up with the solutions of challenges, which people have been facing so far, especially air travelers.

Challenge: Traveling by air looks pretty comfortable for all of us. But, to reach the airport on time was always the matter of pain for enormous people.

On ground transportation, the problems were like paying in multiple currencies, receipts, fragmented car chauffeur services, and the taxis came with different quality standards. However, people were not able to find out an ideal transportation solution while traveling to the distances, especially transfer from the airports.

Solution: Thus, Germany-based startup, Blacklane analyzed the problems and challenges that faced by common people, and constantly working to resolve them. They have come up with the fixed ride fare for passengers, with a strategy like 60-minutes of free wait time, especially if it is airport pickups, which is not provided by any other ride-hailing services. 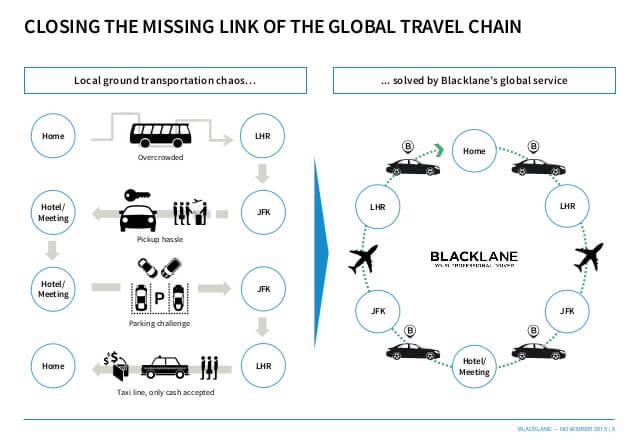 2. Providing Unique Attributes Like ‘Professional Drivers’ That is Not Yet Available On Other On-demand Transportation Services

Undeniably, Blacklane limo app already offers a range of features to its customers, but the question is – what makes Blacklane unique comparatively to its competitors?

Well, it is based on the concept of connecting users with local, licensed, regulated, and professional drivers as what people missed this feature on other on-demand ride-hailing services.

Blacklane app has simply resolved these problems that faced by people in their daily lives. As per the report from Forbes, “Our aim was not making money first, rather see if there was a demand for such a service, Jens Wohltorf (the founder of Blacklane) said.

Therefore, such feature, professional drivers to the riders, can help users to build trust easily with any limo booking app. In short, we can say that the world needs such ride-hailing app, which provides smarter ways of traveling from one place to another along with discounted rates. This is what Blacklane did. If you’re ready to create an app like Blacklane, then this strategy, in terms of the feature is completely worth.

There’s nothing new in the concept of ‘on-demand limousine app’. Even, there’s an abundance of ride-sharing service providers in the marketplace. But, Blacklane has also covered all those areas in which people had been waiting for so long. Talking about the charges of pricey hotel cars or traveling to the airport, which usually requires a lot of formalities before getting the flight. However, Blacklane just cut the monotony and provides users, which is not available on others.

What Does Blacklane app Have, Which Uber Doesn’t?

In a nutshell, we can say that Blacklane is a right choice for business travelers with fair pricing. In the most simple way, we can conclude is that – Blacklane had thoroughly understood its users’ needs and analyzed competitors’ pros and cons to come up with the unusual business model in terms of on-demand limo service app.

The rapid growth of Blacklane has already set the norms. In simple words, we can say that the on-demand industry requires quality with a competitive cost as it is hard to achieve both at the same time.

After going through with the above-mentioned data and strategies behind Blacklane’s growth, you may be got the clear idea about how you can add more useful features in order to build a successful business model in terms of the on-demand app like Blacklane.

So, if you have your own unique ideas like Blacklane, you can simply discuss it with an ideal iPhone app development company.

Apart from this, if you still have any questions or queries like:

Then, all you need to fill up the below-given form and we will get back to you within 48 hours with an optimal solution.

How Uber Resolves Safety Issues With These 4 New Safety Solutions

Dating App Development: 3 Reasons to Develop a Dating App like Crown That Turns Dating into a Game