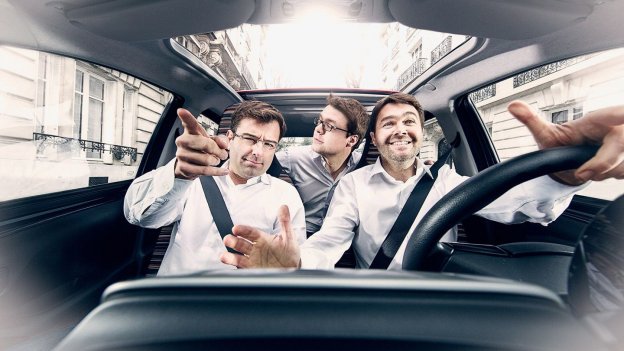 Have heard of BlaBlaCar?

It’s a French ridesharing app startup, born in 2006 that turned into a million euro company.

Though it was not an overnight success. BlaBlaCar founders had to go through many critical crossroads to find success.

Today, the company has basically created a community where it pairs people travelling between cities and drivers with empty seats in their cars. According to the latest news from TechCrunch, the French startup, BlaBlaCar, is announcing its plans to acquire Ouibus, the bus division of France’s national railway company SNCF. For the very first time, the company is moving to carpool and plans to provide both long-distance carpooling rides and bus rides.

BlaBlaCar was born from a personal need.

During the Christmas time in 2003, Frederic Mazzella, co-founder and CEO of BlaBlaCar, committed to going home for Christmas. But, since he was super busy with his work at Kabira Technologies, he had left his travel plan to last minute.

He didn’t have a car, so the options for getting from Paris to his family home, which was 420 kilometres away, were limited. However, her sister Lucie agreed to take a detour to pick him up.

But during the ride, something happened. An idea clicked!

While they were heading down the A10, he looked around and observed that most of the cars had no passengers. He thought, “If I put all those cars with empty seats in a search engine so that people can search the available seats in cars, just like they do when booking the train.”

After reaching, he just couldn’t get the idea out of his head for the first few nights. “I remember waking up and saying, this is not possible, it must exist. But then, he was like, ‘If this has existed, there is no way I couldn’t know of it because I travel a lot.” he says.

Frederic knew that if there were such a thing as online ride sharing service, it would be massive. So, as soon as he returned, he did his research. He found couple of sites such as Craigslist, but it was not what he had imagined. So, he finally contacted a friend, shared his idea, and they got to coding.

His best ride sharing app startup now counts more than 10 million users in 14 countries. In fact, BlaBlaCar, in June 2014, raised $100 million fundings from blue-chip venture-capital firms including Index, ISAI, and Accel to fuel its growth, and the company now employs 230+ employees all around the globe.

Nicolas Brusson, COO and co-founder of BlaBlaCar, who joined in 2011 after working behind-the-scenes for years says, “What we’re doing is tapping into empty seats in cars, and there maybe 10x times more empty seats in cars travelling between Paris and Brussels than the seats in buses or trains.”

But, there is still an important question that needed to be answered.

How many people are going to adapt this new way of travel?

There are already a lot of people who’ve adapted their service.

In fact, BlaBlaCar membership has increased from 6 million in April 2014 to more than 10 million.

Today, traveling in a BlaBlaCar from Paris to Brussels would cost €20, where the train costs €80. Or, if you’re planning a long drive somewhere, you can post your trip details and cost per seat. Though, you won’t make any profit (as it’s against the rules), but taking passengers can offset costs for drivers.

In the 10+ years of journey, BlaBlaCar changed their business model few times to survive.

In the beginning, they deployed a Premium Model, where the overall service remained free yet users had to sign up for additional services. By paying a monthly or annual subscription fees, users can get the benefit of having their posts ranked first in search engine.

However, they soon realized that it was unfair for someone to be at top because they had paid, nor it was financially viable for long run.

After that, they also implemented a Monthly Plan with a flat fee, but it was also discarded quickly. So, like many internet players, BlaBlaCar also tested the advertising model.

But, with trust being fundamental to BlaBlaCar, few concerns were raised that users’ personal data may be passed on to affiliates for advertising purpose so that decision was also taken out.

Then, the Phone Bridge Model came in.

In this model, users could choose to hide their contact numbers while remaining reachable via a pay telephone bridge. But again, with users paying for phone-bridge connection, revenue would also split between the operator and the platform. In addition, it wasn’t scalable globally due to various telephone payment methods being in place across different countries.

Despite all these, BlaBlaCar didn’t gave up.

Frederic once asked his MBA professor at INSEAD business school whether it was possible to have a business model where it’s possible to provide a carpooling app service for free.

“You need a business model or you’ll die!”

This was the response he got.

However, it was the motivation that was needed to explore other options and to begin taking risks.

Creating a business model which would allow a sustainable economic path along with creating value for its customers of the community ended up taking 5 years.

In this five years, the team opened up to failures, tested six different business models, and gained invaluable learnings from each.

Back in 2007, after one year when the company was born, there were many requests from external companies around France interested in integrating a ride sharing application platform in their corporate intranet.

These companies wanted to provide their employees a platform to facilitate travel back home and from home to work.

Despite being this off-track from the main idea of long-distance ride hailing service, BlaBlaCar realized that companies were willing to adopt this kind of business-to-business ride sharing service and pay for it too.

Carrefour, IKEA, and many hospitals were among the first buyers of BlaBlaCar, and additional 200 more companies signed up for it over the years. 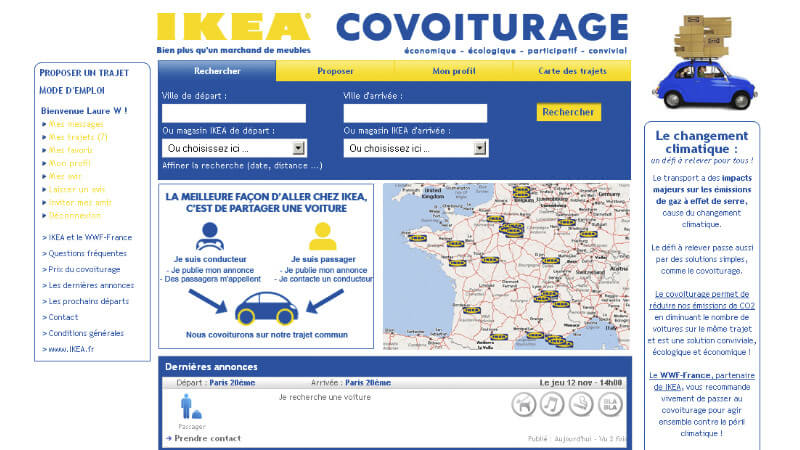 Though, a source of revenue of BlaBlaCar until 2011 were being spent on delivering these multiple customized platforms to various companies, and there was no scalable solution as every customer had different requirements.

So, soon enough, they realized that this business-to-business model would not work out in long run and phased it out in 2012.

Now, with today’s business model, they successfully established a mutual commitment between passenger and driver. And, as a result, the inefficiencies faced in all previous models are erased, and number of cancellations were reduced from 35% to less than 3%.

Not only this new business model is transparent and fair, but it’s also scalable that brought growth, reliability and rolled out internationally.

Einstein once said, “Insanity is doing the same thing over and over again and expecting different results.”

While it’s true, but its opposite is encouraged at BlaBlaCar.

According to them, “Fail. Learn. Succeed.” is what drives innovation. 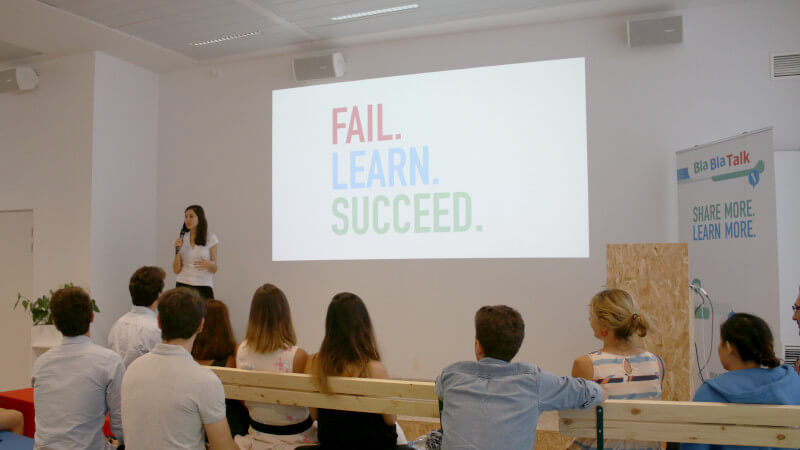 Everyday, everyone at BlaBlaCar are not shy about their failures, but they rather embrace another core values of BlaBlaCar.

By analyzing honestly why something failed, and taking time to investigate what actually went wrong, everyone gets to the root of the problem, learns from it and shares it with others so that they don’t repeat the same mistake.

Similarly, if you ever plan to build ride sharing app, this mindset is what you should have to have.

Well, first of all, it’s not necessary that the idea you’ve will succeed. 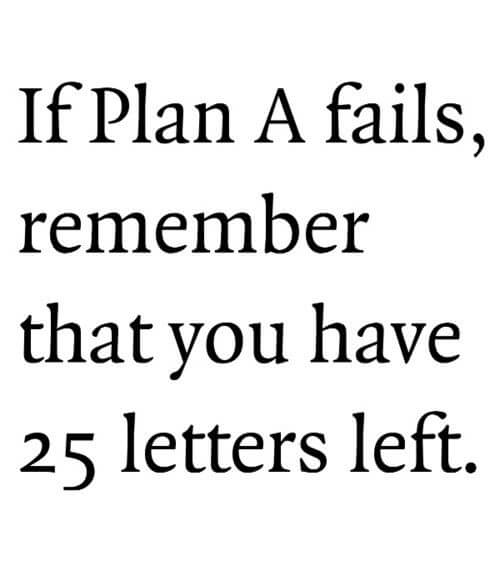 BlaBlaCar succeeded because they iterated until they got it right.

Moreover, even if you don’t have a business model in mind and just want to develop a ride sharing app like Uber or BlaBlaCar, it’s still possible to make a business out of it.

Research about your top competitors, from their ideas to where they provide their services, you need to get all information. Then, find out whether they’ve any negative points or suggestions given by their users.

If so, understand the suggestions, and think about how you can solve it and provide it smoothly. However, remember that when it comes to developing your ride sharing app, compromising on its quality can lead to failure for sure.

If you don’t have a technical background, leave it to the experts. Find a top mobile app development company and consult with them. Share them your idea and ask the necessary questions.

What would be the cost for building a ride sharing app like BlaBlaCar?

How much time it takes to build the MVP?

Have a clear ride sharing app development strategy, talk to your hired team and make sure they as well you test your app completely before the launch.

Imagine you’ve downloaded a taxi app that provides cheaper service than Uber or any other similar platform and booked a taxi from it to get to a place. You waited 30 minutes but no car arrived. The driver didn’t get your request due to technical problems.

How would you feel here as a customer?

Will you ever use the app again?

Moreover, you should have an experience of your app prior of how the users will see your app. It needs to be efficient, easy to use, and should deliver high performance. In fact, testing it before the launch will allow you to iron out minor bugs before it reaches to the mass market.

Lastly, remember that there is no sure shot success pill to anything, but giving your idea a go and learning from failures could lead you to establishing a successful product-based ride sharing app business.

Want to Develop a Ride Sharing App Like BlaBlaCar? We Can Help!

How to Make an App Like Uber? (Features +Estimate Time + Cost + Uber for X Businesses)