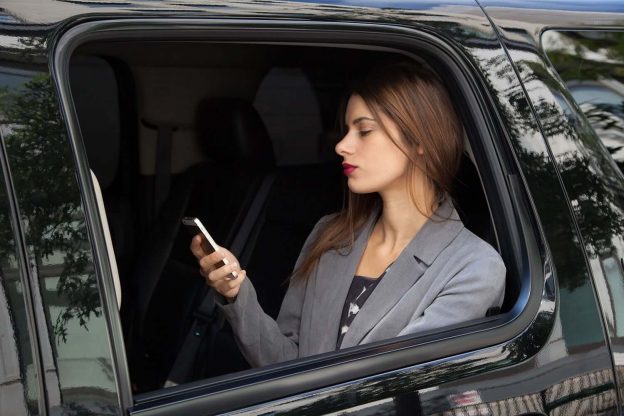 This blog embraces information for taxi startups and entrepreneurs, who are planning to develop a ride sharing app. Herein we have listed the top 11 ride-sharing apps worldwide that startups can check out during taxi booking apps development.

Do you know what people love about today’s transportation?

Yes, the taxi booking app it is.

Whether it is a young boy travelling to school or an old age man, who is travelling for a regular check-up in the hospital, these taxi apps have transformed the way people travel today.

Before discussing more the top taxi apps and taxi companies across the world, let’s give a quick look at the market size of taxi app industry:

Looking at the growth and market size of the ride-sharing industry, if you have decided to develop your own ride-sharing app for your taxi startup or company, don’t forget to check out these top 11 taxi booking apps worldwide.

Launched back in 2009, Uber is one of the leading ride-hailing service provider companies based in San Francisco, California. Currently, the company has its operations in more than 785 metropolitan areas worldwide.

In the recent report from sensortower.com, Uber led in the list of top 10 ridesharing apps worldwide last year. On both the App Store and Google Play Store, the app is leading in the list. Most of the new installs of Uber application were from Brazil that accounted for 19.6% of its 155 million downloads whereas U.S. contributing 17.1%.

According to the latest news from news.crunchbase.com, Uber is about to secure $1 billion or more capital injection. It is highly possible as per the news reports that a group of investors, including SoftBank Group is putting money into the division.

Moreover, the Uber application is estimated to have 100 million worldwide users and a 69% market share in the United States.

Another leading company is Grab that is a Singapore-based ride-hailing and ride-sharing company, providing its taxi booking services through its app in Singapore and neighboring Southeast Asian nations Malaysia, Indonesia, and more.

It mainly competed with Uber and the acquisition of Uber’s Southeast Asian operations in March 2018 that turned it into the only major rideshare service in the region.
However, Quulo starts becoming a new rival in Malaysia after its newly launched version 2 application.

Recently, this taxi booking application has secured second place in the list of the top 10 most downloaded ridesharing apps with 49.4 million installs worldwide. As of May 2018, the application has 36 million passengers and completed 2.5 billion rides so far.

Based in India, Ola is the most popular mobile application for booking a cab, changing the way people travel in the city. The taxi booking app, Ola, brings together cab drivers and customers through a mobile app to make transportation hassle-free. As of 2018, the app was valued at about $4 billion.

Moreover, the company has expanded to a network of more than 10,00,000 vehicles across 169 cities since 2010. Last year, the company extended its taxi services into its first overseas market, including Australia, New Zealand, and the UK. Moreover, the app secured third place in the list of top ridesharing apps for 2018. 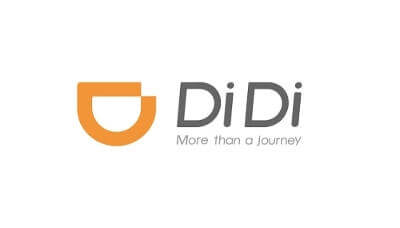 Based in Beijing, Didi Chuxing is a Chinese ride-sharing company that provides taxi hailing, private care hailing and social ride-sharing services to its customers across China. Founded in 2012, the company is working on the basis of almost $16 billion worth of funding and it has amassed over 100 million monthly users.

In addition to this, the company closed a US$4 billion financing round in 2017 and became the 2nd most valuable startup-company across the world after Ant Financial. With more than US$56 billion worth of valuation, this ride-sharing app backed by over 100 investors.

Recently, the app, DiDi Chuxing, has secured third place in the list of top ridesharing apps worldwide for 2018.

Established in the year 2014, Dida Chuxing is specializing in carpooling services. The app, Dida, has been in the top 10 on China’s App Store since the end of April, and currently ranking top 1 in the Travel category.

The application currently has more than 80 million users and has reached in 29 cities in China. As compare to Didi, which has over 450 million users in over 400 cities across mainland China, Dida is gradually gaining more popularity in the China market.

Based in San Francisco, California, Lyft is an on-demand transportation company, serving ride-hailing services. Launched back in 2012, this ride-sharing app operates in approximately 300 U.S. cities, including New York, Los Angeles, and San Francisco and provides over 1 million rides per day.

As of June 2018, the company valued at US$15.1 billion and has raised total funding of US$5.1 billion. One of the unique features of this application is, it allows riders to schedule rides up to seven days in advance.

Further, the application is mainly focused on college, university, and corporate communities, allowing riders to book a ride with just two simple taps. Recently, this taxi booking app has secured fifth place in the list of top ridesharing apps for worldwide for 2018.

99, formerly known as 99Taxis, is a transport company in Brazil that provides on-demand taxi booking services via a mobile application. Launched back in 2012, 99 taxi company has expanded its services into other regions of the world. Moreover, the main mission of the company is to revolutionize mobility and transform people’s lives.

Using 99 taxi app, people can request a cab with just a few simple taps. Last year, Didi purchased the remainder of 99 for an undisclosed amount. As per the rumors, the amount is US$600 million, making 99 Brazil’s first so-called unicorn.

GO-JEK is a technology startup based in Jakarta, Indonesia that specializes in ride-hailing and logistics. Being Indonesia’s first unicorn company, GO-JEK is also the only company South East Asia, which is included in Fortune’s 50 Companies That Changed the World in 2017 and it ranked at 17 along with Apple, Unilever, and Microsoft.

Valued at about $5billion as of February 2018, the app, GO-JEK, has its operation in Indonesia, Vietnam, Singapore, Thailand. Soon, it will also operate in the Philippines and Malaysia. This ride-hailing app is listed in the list of top ridesharing apps for 2018 and secured eighth place in overall downloads.

Founded in 2011, this taxi booking service provider merged with Uber in Russia, Armenia, Azerbaijan, Belarus, Georgia, and Kazakhstan. THeThempany merged with Uber to state a new private company known as MLU B.V., incorporated in the Netherlands.

Operated in over 15 countries across the world, Yandex. Taxi become profitable in its core market. As of 2018, this taxi service provider’s revenue grew 355% year-over-year, and the number of rides grew 178% in the same time period.

BlaBlaCar is an online carpooling application that connects drivers and passengers, who are willing to travel together between cities and share the cost of the journey. Currently, this carpooling service is available in 22 countries across the world.

As of 2018, the company claimed to have over 60 million members in 22 countries and over 18 million travellers every quarter. So far, the application has secured the total funding of $448.5M in 6 rounds of funding. Further, this ride-sharing app has been listed in the list of top ridesharing apps worldwide for 2018 for exclusive services.

Israel-based ridesharing app, Gett, was formerly known as GetTaxi. The app has a user-base, which pales in comparison to Uber and Lyft as it covers over 120 cities globally, but only has a one U.S. presence in New York City with its partner Juno. Both the partners are planning to expand into other cities and states.

Moreover, this ride-sharing app is more reasonable when it comes to pricing and it never charges a premium during busy hours. So, Gett is also one of the successful ridesharing apps that gained huge popularity.

As you have gone through from the top 11 ridesharing applications that are performing exceptionally well across the world, so you can develop your own ride-sharing application for your taxi company or startup. By developing your own taxi apps like Uber or Lyft, allow your riders to book a cab from the comfort of their home.

Moreover, the taxi application will take your taxi business to the next level, allowing you to provide your taxi services in other countries as well. So, if you have got any taxi booking app idea, discuss it with us through our contact us form. One of our experts will get back to you as soon as possible.

How Taxi Businesses Can Improve Their Taxi Booking Services to Compete With Uber & Lyft?

Why Your Limo Company Needs an On-demand Limo Application?