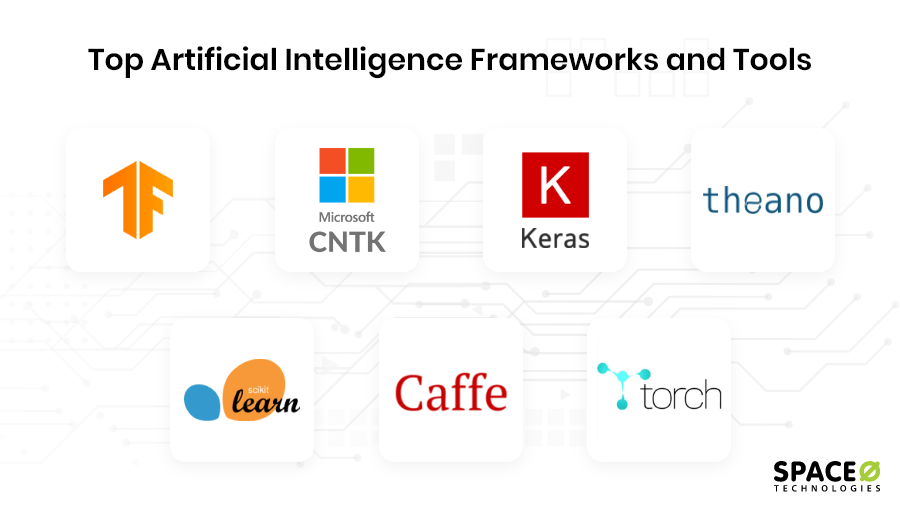 Artificial intelligence has been around for a very long time but it was considered to be extremely difficult. It was quite common for researchers and developers to shy away from studying or using it.

Fortunately, this all this changing. In recent years, AI frameworks and Tools for AI have made it much friendlier for the IT sector. This is why we found it the right time to tell you AI enthusiasts about the best AI libraries, sourcing tools, and frameworks.

Being a mobile app developer company, we have made sort of an AI framework comparison of the best AI tools in the list below. We have talked about the best frameworks as per our experience in the field.

We do understand that every data scientist and app development team has a unique requirement for his project and this is why this list will be helpful for you. You can choose the Artificial Intelligence software tools that work best for you.

Note: The list of top AI frameworks is not in chronological order of the efficiency of frameworks. These are simply the top AI tools that have their own place in the constantly changing world of AI.

7 Best AI Frameworks And Tools To Choose From

These were just 7 of the best AI frameworks according to us and we understand that your choice and preferences may differ from us. You might use other artificial intelligence development tools altogether.

We will keep updating the list with our experience and research in this segment. If we have missed any important information about any of the above Artificial Intelligence tools, let us know in the comments below. We are always striving to improve.

We serve a multitude of clients all around the world with our expertise in Artificial Intelligence and Machine Learning. We would be happy to serve you in any way possible.

If you have any queries in regards to using AI in your mobile app or any Android application development services in general, you can contact us. All you need to do is to fill-up the form in the footer. One of our sales representatives will reach out to you within 2 working days. Don’t hesitate to ask for 30-min free consultation with our expert.