How To Make an Instant Messaging App Like Google’s Allo? 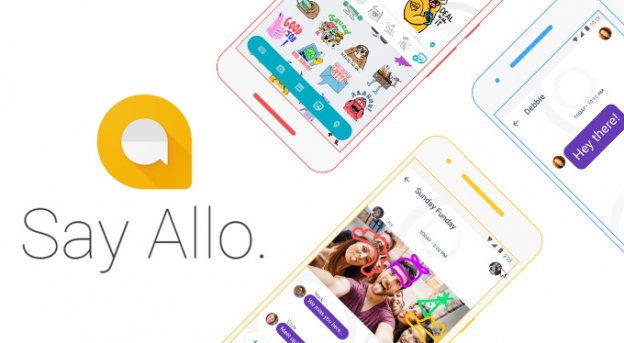 In the past recent years, instant chat apps have gradually replaced text messages as a medium for communication. in fact, according to this blog by Facebook, the global user base for mobile messaging apps will have risen by 23% by 2021. Being a top messaging app development company, receive a lot of queries about developing an instant messaging app like Google Allo. This blog will tell you how instant messaging evolved, it’s future scope, and important features to integrate into your chatting app.

Easy to use and audio, video & file sharing functionalities are common features in today’s popular chat apps. In fact, chat apps have been snapped up by social networks to expand their offerings, and to provide new platforms to display advertisements or implement a new feature to monetize a service that is usually free.

A chat app is basically a channel of communication between registered users that offers one-to-one and one-to-many messaging service.

In a chat app, messages and files are transmitted via data connections and mobile web.

Unique Feature Developed by Us

Recently, they’ve added a new feature with the help of neural networks to turn a selfie into a personalized sticker pack.

It works like this: you take a selfie using the feature, and it matches your selfie to a set of artist illustrations designed to represent a variety of features. Human raters help to measure the accuracy of matches between the photos and illustrated features chosen by the app.

Such technological advancements provide huge opportunities for marketers. Based on artificial intelligence and deep learning, it’s now possible to create one-to-one interactions that will not only make communication between brands and their customers easier, but it will also push the sales as the direct line between brand and users.

Today, every successful real-time chatting app available in the App Store and Google Play Store have salient features that have struck a chord with users. As mentioned, users now expect elaborate features out of instant messaging apps for Android and iPhone that can do more than just chatting.

Now, if you want to enter the messaging market with your own instant messaging app like Google Allo, here are 6 features that you can consider to develop the best chatting app:

6 Features to Integrate into Your Messaging App like Allo

For anyone, security is a prime concern. So, while developing your instant messaging app, it’s necessary to ensure to keep the data of user secure, intact, and insulated from third party infiltration.

We’re talking about end-to-end encryption like the Signal App. Using this type of encryption the sent messages are completely secure. All the messages and even calls can only be intercepted by the parties sending and receiving them. No data is shared with any third-party, not even to Signal. This also lets you create sticker packs that are completely secure and encrypted.

It is a must-have feature because it’s prompt and happens immediately without any delay. Today, real-time connectivity without any distance barrier is what ticks instant message communication.

An instant messaging application must give its users the facility to engage in group conversations. In addition, these group features also must have the facility to share multimedia files, screens, locations, and anything that is possible on the desktop environment.

Whatsapp introduced both voice and video calling service and Skype since the first days has both features. The whole world rejoiced as this took instant messaging to the next level.

Nowadays, a lot of people want to share their locations with each other at some point in time. So, location-sharing or GPS tracking technology is of great significance in situations where there is a remote employee who wants to stay connected with his base office for sharing information.

Search functionality makes it easier for users to search and track conversations that happened long ago. This feature is useful for both personal and professional conversations where facts, details, or anything of importance is shared via messaging application

Now, these features alone won’t make your app stand out from the crowd, but these are all essential features to add in your Google Allo like the app.

Want to Develop a Chatting App?

Other than this, in your instant messaging application, you can also implement features such as incognito mode, instant response feature, shout & whisper, and of course the stickers. In addition, you could also add stories feature that Facebook has cloned from Snapchat in all its apps (Whatsapp, Facebook App, Messenger, and Instagram).

Nevertheless, if you have a unique idea of your own for a chat app, you can consult with a top mobile app development company to get the fair estimate for your chat app development.

Have an Idea For Instant Messaging App Like Google Allo? Let's Discuss!

How Taxi Businesses Can Improve Their Taxi Booking Services to Compete With Uber & Lyft?

How Successul App Startups Keep Their Users Engaged Throughout Their Journey