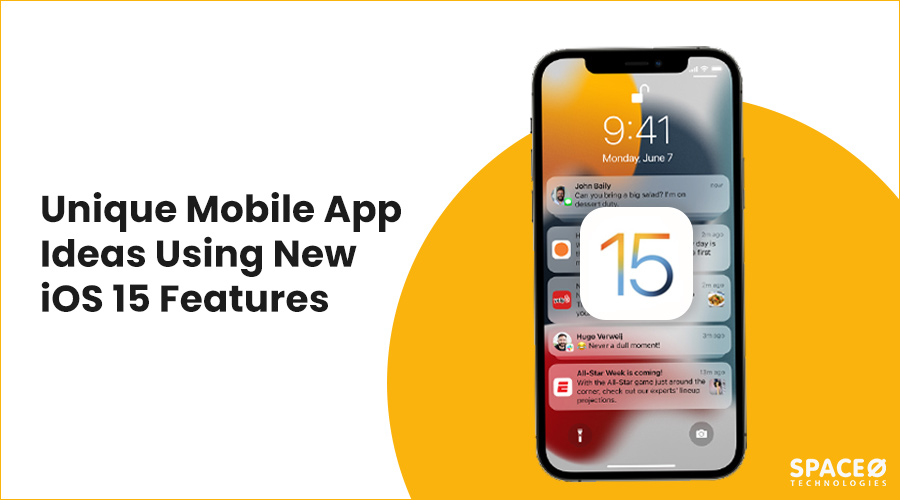 Apple recently announced the arrival of iOS 15 in the week-long Worldwide Developers Conference(WWDC) of 2021. Since then the iOS developer community is abuzz with the numerous new features that are to be a part of Apple’s latest operating system.

While apps like FaceTime, Apple Wallet, and Photos receive major updates in iOS 15, others like Weather are completely revamped.

In this blog, we look at some of these exciting new iOS 15 features in-depth. But that is not all!

We also detail some lucrative iOS app development ideas using these new features. With these ideas, you can develop highly useful iOS apps that will complement the soon-to-release iOS 15.

With iOS 15, Apple has mainly focused on Artificial Intelligence and neural networks technologies. Most apps receive an intelligent update that will automate more features and improvise the user experience greatly.

For example, users can now watch movies with friends in real-time, take actions on text in images, and get a 3D map design. iOS 15 users will also be able to create focus modes and unlock their homes and offices with their Apple devices.

A public beta version will be available to iOS users sometime in July 2021 at beta.apple.com.

The official release date of Apple’s operating system is not yet known. It will be available to all Apple owners worldwide somewhere in Fall 2021.

Which devices will support iOS 15 features?

All devices above iPhone 6x can download and install iOS 15 on their device. Apple TV and iPods are also going to receive an upgrade with iOS 15. 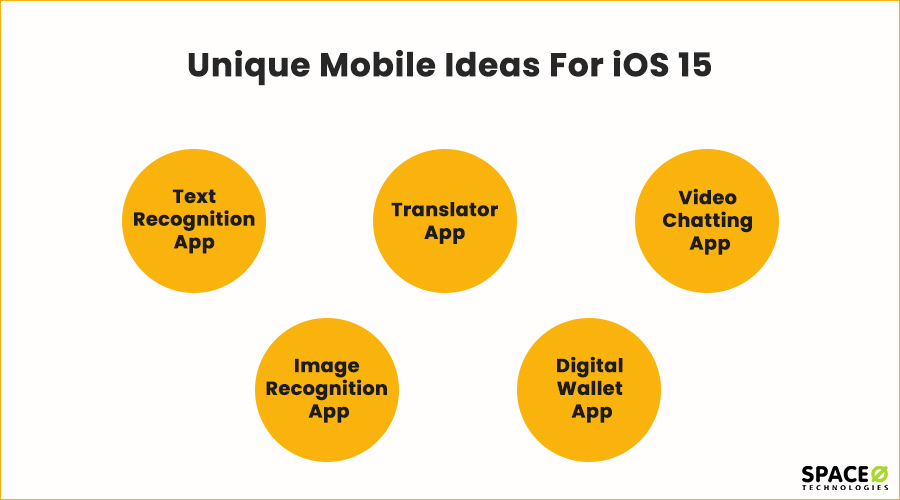 Using cutting-edge technology, Apple has introduced an operating system that can do it all.
With iOS 15, entrepreneurs and startups like yours have the opportunity to build innovative mobile apps that will benefit the users.

You can build mobile apps for secure transactions with a single tap using Apple Wallet, or perform on-the-go translations. You can even utilize the update of the App Store to improve the discovery of your apps.

Being a leading iOS app development company, we realize the importance of a unique app idea. We have curated a list of the top 5 iPhone app development ideas using the new iOS 15 features.

Wondering how to develop an iOS app?

Read our detailed blog to know about the basic requirements, Apple’s design, and development guidelines, and how to start the project.

Wondering who to approach for a Mobile app idea?

Our team has experience of developing 2500+ mobile apps. Our developers hold expertise in cutting-edge technologies like Artificial Intelligence, Machine Learning, and Image Recognition. 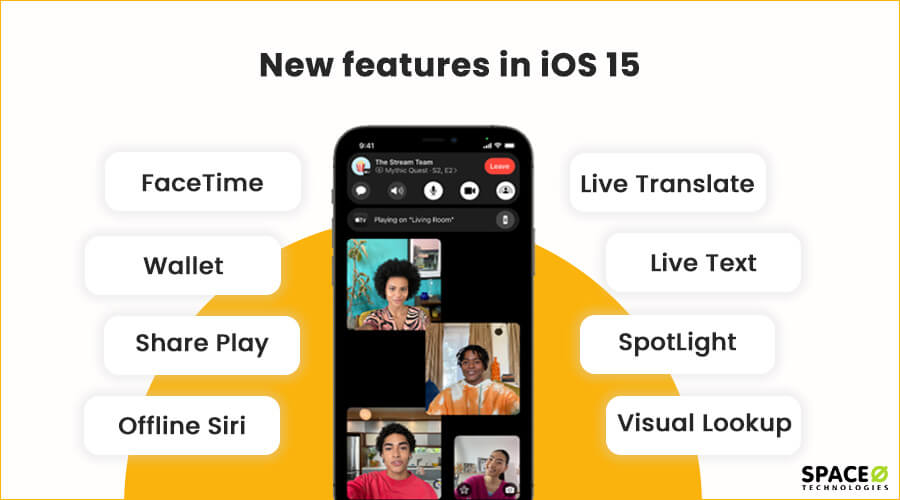 Want to know more about the new features in iOS 15?

We have curated a list of the top 10 features that will prove to be extremely useful to iPhone users.

Other features worth noting are – 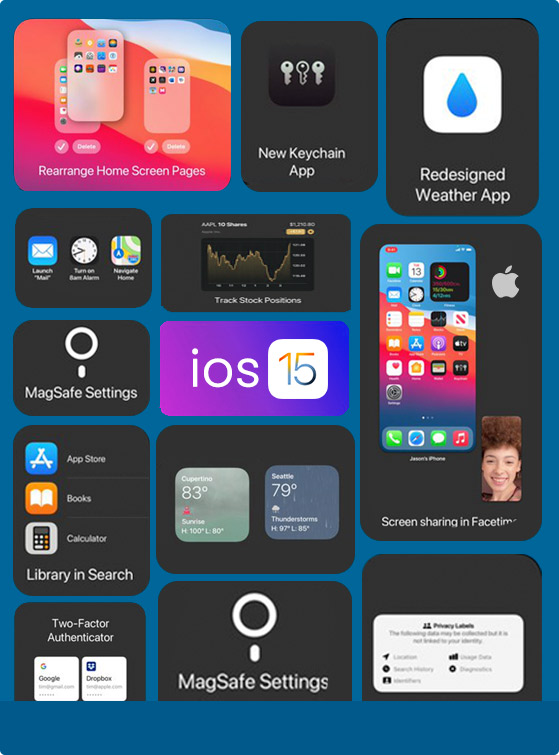 Want to make your iPhone smarter?
Check out the 10 most incredible features of iOS 15

Apple iOS has always been a pioneer in technology. With the release of iOS 15, users will continue to receive the best of what technology can offer today. There are many new features such as Live translate or 3D maps that bring exciting opportunities for developing state-of-the-art iOS applications.

We have presented some app development ideas that will be beneficial for entrepreneurs and startups. Wondering where to start? You can read our blog “I Have an App Idea Now What?”

Want to validate your idea? Discuss your plans with our experts and formulate a business plan now with a free consultation session!