“I have an app idea, but I don’t know which programming language should I choose to make it run smoother.”

Inevitably, you must have tried surfing the internet if this is the case. Didn’t you? And if you have seen Google trends, you must know Python is the most searched programming language in the period of February 2020 – February 2021.

After looking at the trends, no one wants to miss knowing Python. Rest assured. We have created this comprehensive guide to Python for app development to help you learn about Python. So, let’s get started.

Why and When Develop Mobile Apps With Python?

Being non-technical, if you have no idea how to make an app with Python, then do not worry. In this section, we have explained why and when it is essential to develop an app with Python. But before that, let’s understand a bit about Python.

It is a high-level and general-purpose programming language that supports object-oriented programming and structured programming. Hence, it becomes easy to build mobile apps and web apps using this language. Being versatile and powerful, it is a great choice to opt for Python app development. In fact, it also allows you to think like a programmer and doesn’t confuse with complex syntaxes.

Moreover, here are the reasons you should use Python: 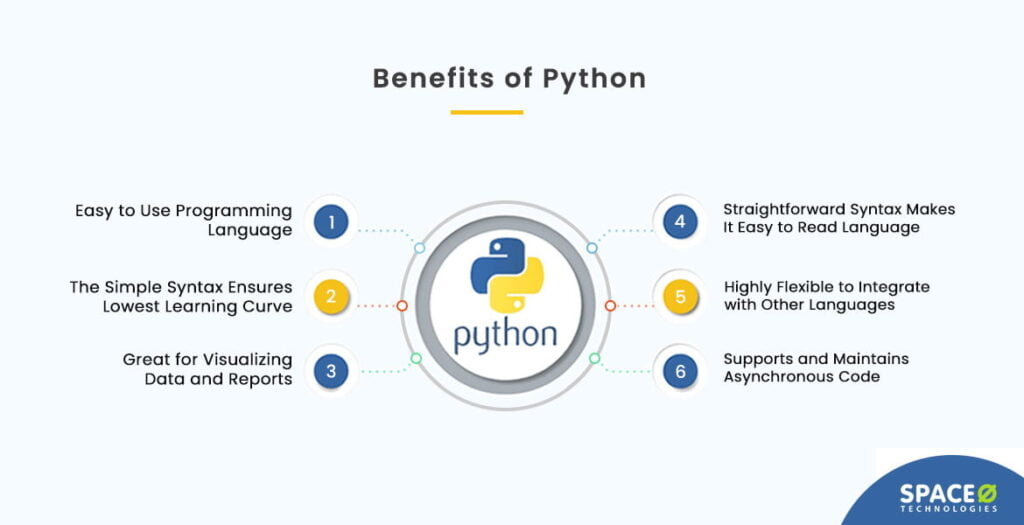 Millions of developers use Python to build mobile and web applications, write data-crunching pipelines, generate reports, automate tests, conduct research, and several other tasks in a multitude of domains. People admire it for being an “adjustable desk” language.

However, before you choose it for software development, ensure you know its pros and cons. Let’s dig into the next section to check more about its advantages and disadvantages.

Pros and Cons of App Development with Python

Weighing up the pros and cons can always help you to make a decision. Therefore, we have shared a list of some pros and cons. Consider reading the mentioned pros and cons to know more about Python. Let’s get started with each one of them!

What Kind of Apps Can be Built Using Python?

Want to Make an App like Uber or Spotify?

Get your free consultation from our app experts.

For building Python apps, you will also need the best tools that make your app development task easy. Fortunately, it offers various tools for mobile development and web development. So, let’s check out the top tools based on their reviews and features. This table will help you to find out which tool is the best in terms of features, reviews, and ratings.

Takeaway: Django has received the highest ratings of 4.5, and also comes with exclusive security features. Most people opt for Django to avail its services. Based on the rating and popularity, we can say Django is the best Python framework.

These are the best frameworks for Python that you can use. Apart from this, there are various popular software programs written in Python that you need to know. We have covered the use cases of Python for being a helping hand in simplifying the mobile development process. 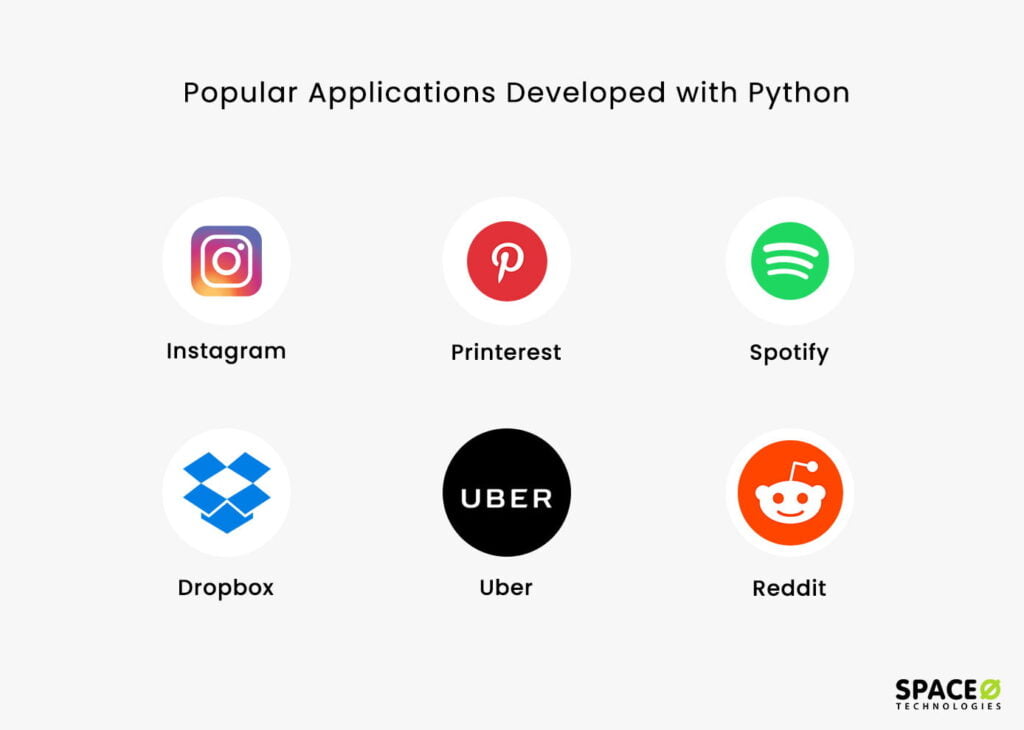 To know how Python has helped these apps, let’s check the use case for each popular Python-based mobile app.

Have some doubts and questions in mind? Don’t worry. Here, we have also answered the most asked questions that generally beginners have in their minds.

Validate your idea with a technical expert. Get your free quote now.

Which Python frameworks are the best for mobile app development?

Django: Django is an open-source Python framework and used for rapid development. It has simplex syntax, HTTP libraries, and an ORM (Object Relational Mapper).

Kivy: Kivy is a GUI framework that helps you create desktop user interfaces and apps for the iOS platform (App Store) and the Android platform (Google Play Store) and still doesn’t look like native apps.

BeeWare: With BeeWare, you have to write once to deploy it anywhere. You can release it on various platforms, such as Android, iOS, Linux, and Windows.

Can Python programming language be a good choice for enterprise apps?

Just to break a bubble right away, Python is used for various commercial and government enterprise purposes to some extent. Also, it gives a Python developer simple libraries to utilize data structures and data analytics tools.

Either to possess as a glue language to combine several components together or to build a complete mobile app, it has always played a major role for enterprise apps.

What are the key features of Python?

Here are some of the key features of this programming language.

We hope that all this information on Python will help you take one step closer to your mobile application development project. Choose programming language wisely after weighing up all the factors, such as reviews, features, advantages, and disadvantages.

In case, you face any challenge during Python mobile app development or Python Web application development and need help from the experts, contact us. You can get in touch with us through our contact us form and one of our technical experts will get back to you. Our experts have hands-on experience in developing Python-based apps for Android, iOS, and Web platforms.