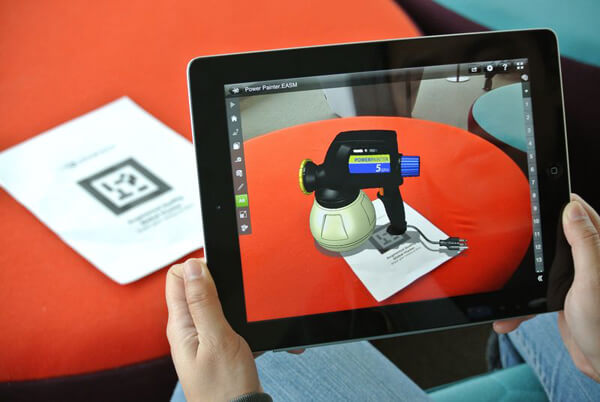 Imagine you’re in a supermarket. In front of you, there are two equivalent products from different manufacturers. The price of both products is the same, but one manufacturer is offering a discount for your next purchase at this store.

Which product will you choose?

According to many sources, more than 50% of U.S. buyers prefer a store or a brand offering interesting and convincing promo. This means, on one hand, the sellers are competing with each other with promotions and discounts and making the buying process into a game. While on the other hand, buyers now expect a bit more than just a regular loyalty program.

Therefore, creating a convincing personal offer is no longer enough. Sellers need to wrap it in a pretty package. This is where the Augmented Reality comes in. AR basically allows achieving the WOW-effect that buyers are expecting. 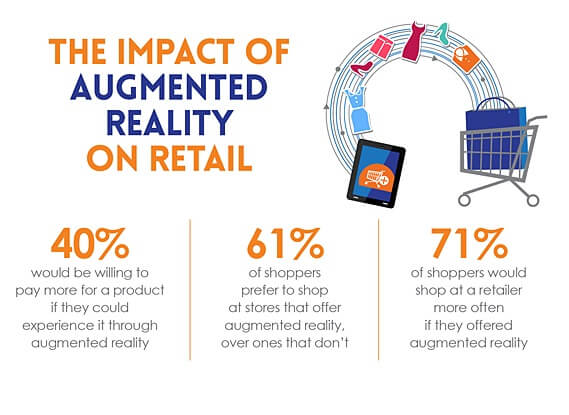 What is Augmented Reality?

Augmented reality is a technology that layers a computer-generated enhancements on top of an existing reality to make it meaningful and with an ability to interact with it.

AR is basically developed in mobile apps to blend digital components into the real world in such a way that it enhances one another.

The real AR boom happened in 2016 when Niantic launched Pokemon Go. in the game, users need to roam the real world in search of virtual pokemon. And till now, the number of game installations has crossed 650 million.

What does that have to do with Sales?

According to statistics by Niantic, there are now over 35,000 sponsored locations in the game. These locations are service centers, shops, cafes that players go into in search of Pokemon. In fact, the Sprint telecommunication company has been converted into gyms where players can train their pokemon.

Another example is Starbucks. About 12,000 Starbucks coffee shops in the U.S. have become game locations for players. And, Starbucks has introduced a special drink for players – The Pokemon Go Frappuccino.

This example proves that augmented reality is not just an experiment, but a real tool for increasing sales by attracting a new audience. And, even after the release of Pokemon GO, the market still has a demand to develop an augmented reality app that is not focused on the gaming platforms.

In fact, this reassessment of gamification using AR tools is going on for several years. And, the synergy between AR and eCommerce industry is not futuristic as we think, but many consumers’ needs and problems have been aided with Augmented Reality.

Now, the benefits of online shopping are growing. So, as an online shopper, one has access to many options such as online payment services, product reviews, and product configurations.

For this, the digital medium and in-store experience must work together to create a cohesive experience, and technology like Augmented Reality can offer more personal experience for buyers that will change the way we shop forever.

Augmented reality comes with a set of prerequisites that the retailers must be aware to implement a successful AR experience in their mobile apps.

Augmented reality differs from other innovations in regards to the content behind the experience. Rather than pure data or traditional media types, augmented reality in retail centers around the use of 3D models. These 3D product models are overlaid in the real world through the mobile device. And these models that drive the experience are created by the AR service provider.

However, without high-quality 3D product models, the consumer experience will be poor. The users won’t be able to resonate with the virtual product they’re seeing. So, in order to create the best shopping experience, optimizing models to render in AR is important.

Tracking is huge and important for offering a seamless AR experience. The Augmented Reality experience can be implemented with or without trackers. These trackers are a simple sheet of paper with a unique design that AR mobile apps use to place 3D models in space and at scale.

When the tracker is placed in the camera view of the Augmented Reality app, the model automatically attaches to this 2D model.

If you view any 3D model in Augment without a tracker, it’ll appear on the ground level at scale. Usually, such trackerless mode is perfect when you want to visualize big objects that are generally on the ground.

As you know the evolution of AR is coming fast and to stay in the competition, retailers need to adapt to the evolution in AR hardware. Currently, AR is experienced mostly through mobile devices, but headsets like Microsoft HoloLens are also early adopters meaning that the headset-based experiences are also on the horizon.

Remember, to keep up with the developing retail industry, constant innovation is required, especially when most consumers have moved onto the online shopping apps to purchase goods.

Most innovations in the eCommerce industry are made to solve customer doubts and improve internal processes, in addition to providing a seamless shopping experience. Soon enough, augmented reality will provide a different value to brands, consumers as well as retailers.

There is no doubt that augmented reality increases consumer engagement. In fact, shoppers spend more time visualizing and configuring products in the real world due to AR. Furthermore, consumers are no longer left with doubt about their purchases.

Before AR, one of the largest issues in the eCommerce was when consumers receive a product that is much different than the one they thought they ordered online. This issue was created because consumers didn’t use to have an effective way to evaluate products online before buying.

But, AR creates an interactive environment between sellers and buyers. It establishes an emotional connection between product demand and consumers’ desires. More importantly, creating an Augmented Reality app for shopping allows retailers to offer a seamless experience for buying products online.

The manufacturers will have a huge stake in the future of augmented commerce. As eCommerce evolves, so will consumer expectations.

Now, product descriptions and 360° degree images will no longer suffice. Today, shoppers want and expect the ability to test products at home through AR before they purchase.

These are main 2 advantages. But, the list goes on. Here are the benefits of Augmented reality app development.

Knowing all these data, it is certain that in order to stay in the competition against e-commerce giants, retailers need to create a shopping app with AR integration and evaluate new ideas to offer a better shopping experience. A top mobile app development company can guide you through the process of AR in shopping app and offer the various feature that could increase the overall engagement ratio for a retail shopping app.