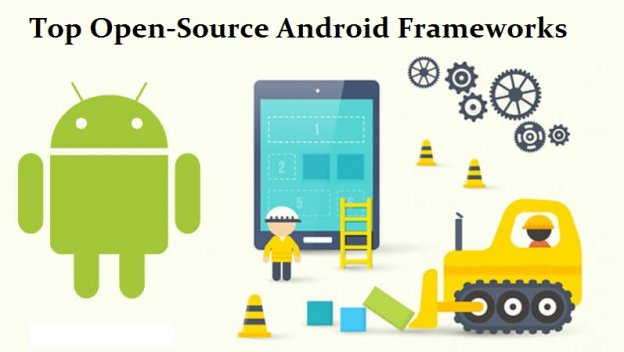 In this article, we’ll talk about top open source Android frameworks that are popular and what we also use at Space-O Technologies. All these mobile app frameworks have helped us to develop android apps better and faster for our clients.

In simple terms, Retrofit is used for backend interaction. Although, the official page describes Retrofit as “A type-safe REST client for Android and Java”. It basically helps in exchanging data between a backend server and an Android app.

Retrofit serves as one of the most influential HTTP clients libraries for Android simply because it gives incredible performance and is easy-to-incorporate. Furthermore, this android framework also makes downloading XML or JSON data from a web API straightforward. Once the data is downloaded using Retrofit, it is then parsed into a Plain Old Java Object (POJO) which must be defined for each resource in the response. 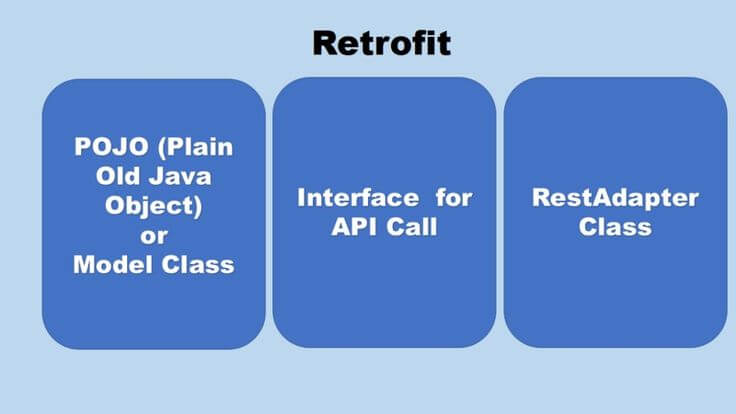 Android data binding, as the name suggests, offers simple field and method binding for Android views. Almost every Android application works with some form of data. This data can either be fetched from the internet or a database or a can be created by the app user. But once the data is created, the Android app developer needs to assign this data to the UI elements which present this data. And in Android apps, this is generally achieved by inflating Activity layout.

But now, all above steps can be achieved more seamlessly using layouts only with data binding in Android. Launched at Google I/O 2015, this open-source Android framework also allows you to move UI logic to XML. This ultimately makes developer’s life easy by making the code more readable and also simplifies the app development process.

How? Well, the Android data binding generates a Binding class based on a layout. This class holds all the bindings from the layout properties, for example, defined variable to corresponding views. In addition, you can also inflate the layout and connect your model via this class or the DataBindingUtil class.

Fresco was developed by Facebook in 2015. They developed this Android framework with one sole purpose – to display pictures quickly and efficiently, without slowing down the app.

We’ve used Fresco in many of our photos videos app for our clients, some of which even got featured on App Store.

Overall, Fresco is a very powerful Android library which is useful in developing photo editing apps, video editing apps, social networking apps, dating apps, shopping apps, and any other apps which includes loading multiple amounts of images. With this library, you can load pictures faster in your Android app, without slowing down its performance.

Braintree is an open source payment framework, which can be useful for any kind of app that involves accepting payments and managing transactions. For example, travel apps, on-demand apps, shopping apps, or money transfer apps.

Braintree is one of the most popular open source framework acquired by Paypal. It covers all popular payment systems like Apple Pay, Android Pay, Venmo, Paypal, and even Bitcoin. While its SDK is available for free, but you’ll have to pay for transactions made through your app.

Just like Braintree, Stripe is also an open source payment framework for managing money transactions. While both offer almost same functionalities, but many developers argue that Stripe is much better than Braintree in terms of integration and flexibility.

We, for example, have experience of integrating both of these Android frameworks. We’ve integrated them in several of our client’s apps and both works just fine. And the choice of which is better depends completely upon your requirements. We suggest that you go to each of their websites read their “How it Works” section for better understanding.

To give a brief, however, know that both Android frameworks can accept transactions from any country, but the availability of their services depends on the country you’re based in. And in this matter, Braintree support far more countries than Stripe.

Realm is a mobile database framework which can save you weeks of app development time. It is a very powerful & open source Android app framework for mobile databases. It can completely replace SQLite and is much faster and simpler.

In addition to all above, the search speeds with Realm is much faster than other database frameworks for Android. All of these adds up to creating much faster and agile Android app. In fact, we think that the Realm should be used in practically every Android app to boost its development speed.

In ReactiveX, the inbuilt mechanism makes it easier to handle errors in asynchronous computations. Moreover, some of the other issues like low-level threading, concurrency, and synchronization that can be easily abstracted through Observables and Schedulers. Obtainable for most of the platforms, this framework is used by developers for all their Android projects.

Crashlytics is another top open-source framework that is especially for crash reports. The framework works in real-time, delivering complete detailed reports on all crashes. Even, it will also deliver huge information on which issues that are the most important to fix.

Developers can instantly address problems to make their application work seamlessly with the help of Crashlytics data. Moreover, it is a lot easier to implement and it doesn’t slow down your app due to unnecessary data.

It provides complete support for native crashes and errors. As we know that crashes can occur in any and every application, so Crashlytics is a core framework to solve all these problems in the android apps.

Regardless of what kind of Android app you want to develop, make sure that you consider these open-source Android frameworks for creating Android apps, and also pass them to your partnered Android app development company if you’re outsourcing your project.

All these open source Android frameworks are extremely useful and they can save a lot of time, while also making your Android app into a polished product.

Amit Patolia is an Android Team Lead at Space-O Technologies. He has over 7 years of experience in Android app development. He has guided to develop over 100 Android apps with unique features and functionalities. He also has expertise in Kotlin-based apps.