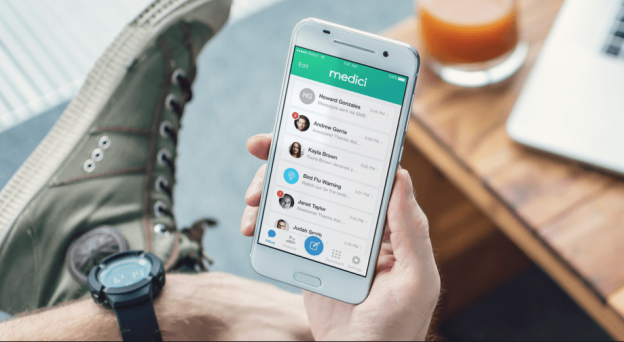 “The evidence supporting the role of telemedicine is strong. Telemedicine can also help in identifying and preventing treatment-related errors between clinic visits. A number of studies have shown that medication errors can be significantly reduced by telemedicine.” – Stephen Agboola, MD, with Connected Health, innovation and IT-focused department of Partners HealthCare

Well, that’s true! Telemedicine is emerging as a growth driver in the healthcare industry. Telemedicine is a method of providing clinical healthcare to patient from a distance through the use of telecommunication and IT. Currently, patients want to spend less time in the waiting rooms and they want immediate care.

Telemedicine is a bridge between patients and doctors, regardless of distance. Telemedicine does not only provide patients to control their health checkups, but even doctors get more time to review cases of an individual patient.

The Market Size of Telemedicine: According to the report from Statista, “In 2015, the global telemedicine market was valued at around 18 billion U.S. dollars. It is expected that it will increase to over 40 billion dollars by 2021.”

In addition, as per the same report, “The global telemedicine will be worth more than $66 billion by the end of the year 2021.”

North America is the Prominent Area in Telemedicine: According to Mordor Intelligence, North America was one of the fastest growing areas in telemedicine in the year 2017, and this is what you can see in the image. 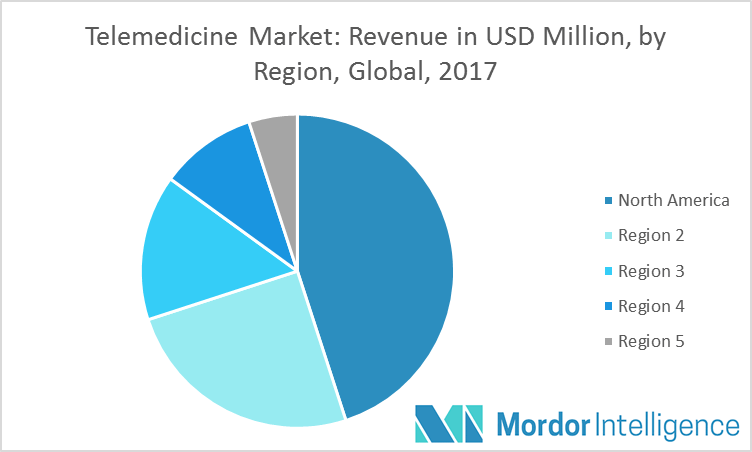 Top Players of Telemedicine: Well, there are a number of telemedicine startups such as Doctor On demand (San Francisco-based telemedicine app), American Well, Babylon, HealthTap, and MDLIVE. 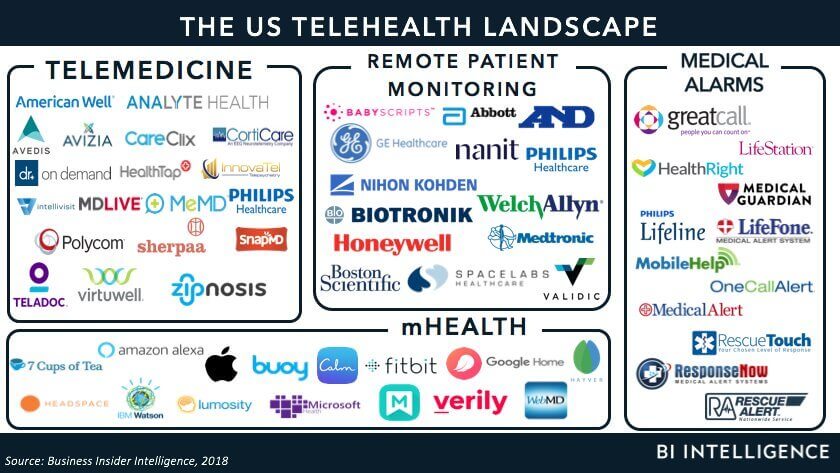 Medici: One of The Top Telemedicine Applications

There is a hot Austin-based Telemedicine startup named Medici, which is shaking up the healthcare industry, according to the report from Crunchbase.

On June 12, 2018, Medici has raised $22 million in Series A round of funding from individual investors, including executives from Citadel, Dell, Publix, and Starwood Capital. With total funding amount of $46.6M, Medici, telemedicine app aims to take the on-demand health model to next level by simply connecting its users/patients to all of their existing doctors via text or video.

Medici is also referred as the “WhatsApp of Healthcare” and has developed a disruptive mHealth (mobile health) technology, which allows doctors to care their patients/users easily and securely right from the app. 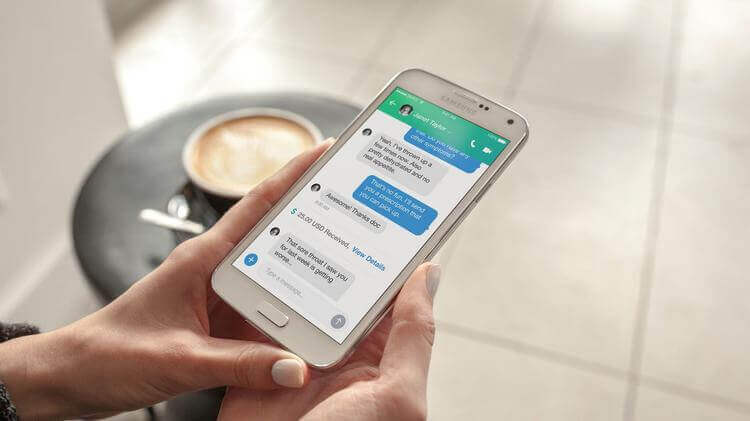 Telemedicine is recognized as one of the biggest game changers in the healthcare sector. Being a telemedicine startup, if you are planning to dive into on-demand health model, then you need to check out these three simple yet powerful solutions by Medici, which are behind the spontaneous growth of this telemedicine app. Moreover, by considering these solutions, you can develop a successful telemedicine app like Medici. Let’s have a look! 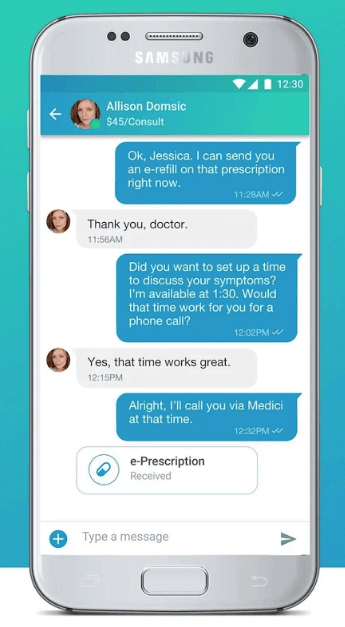 The simple business model by Medici provides benefits to its patients and doctors. The HIPAA-compliant platform, Medici, has a simple business model, which has come up with the solutions for both end users. This telemedicine app has added a group chat feature in order to give doctors more freedom to incorporate an assistant or bring a specialist into conversation with patients.

Before developing a telemedicine app like Medici, it is important to consider a range of features like practice, chat with their colleagues, for general practitioners, family practice, pediatrics, psychiatry and psychology, surgeons, cardiologists, advanced practitioners, nurse practitioners and physicians assistants, dentists, and veterinarians. 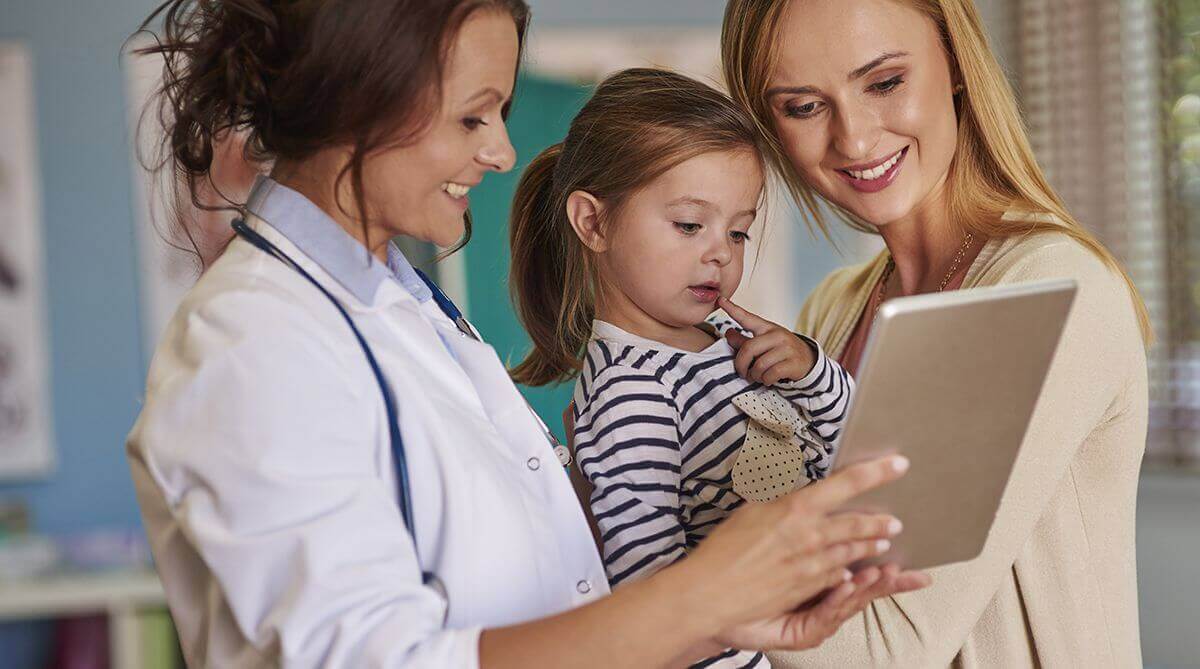 So, if you are planning to create a telemedicine app like Medici, then you need to provide an effective and monitoring platform for both users in terms of patients and doctors.

2. Provide Quick & Convenient Solutions to Users in Their Comfort Zones

There are health tech startups such as Klara app that provides a secure communication platform for their end users and bridges the gap between patients and doctors. But, when it comes to telemedicine app like Medici, it does not only provide the communication platform but real solutions to its app users. Plus, it provides a quick and convenient platform and allows doctors to provide advice and paid consultants from the distance. 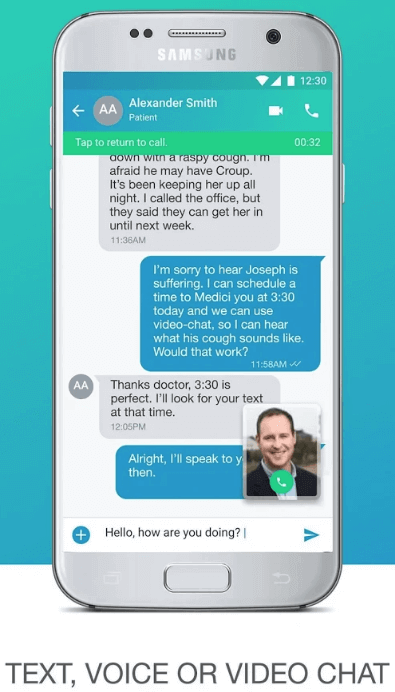 It also claims that there are already plenty of telemedicine startups like MDLIVE, Doctors on Demand, and Teladoc, which provide a call center doctor, but there is a missed connection between patients and doctors. However, the Medici app has eliminated this barrier by providing solutions where their medical records will not be fragmented.

The best healthcare apps are those which provide a platform, where patients can talk to their own doctors by not only establishing a virtual connection, but it also provides doctors in a more serious way. In healthcare, it is important to know where conversations are stored and where they are going as per HIPPA regulations.

3. On-Demand Doctors Mean for Everyone from Endocrinologist to Veterinarian

The next important and powerful solution by Medici is for every kind of users, either they are looking for doctors for themselves or veterinarian for their pets. Well, this is one of the unique solutions, which is worth to include while telemedicine apps for doctors.

And, it is a huge platform where doctors, specialists, nurses, and veterinarians are available on one platform to consult with them. Being a telemedicine startup, you need to create a platform for both end users, who are looking for the doctor assistant for themselves and for their pets or animals. 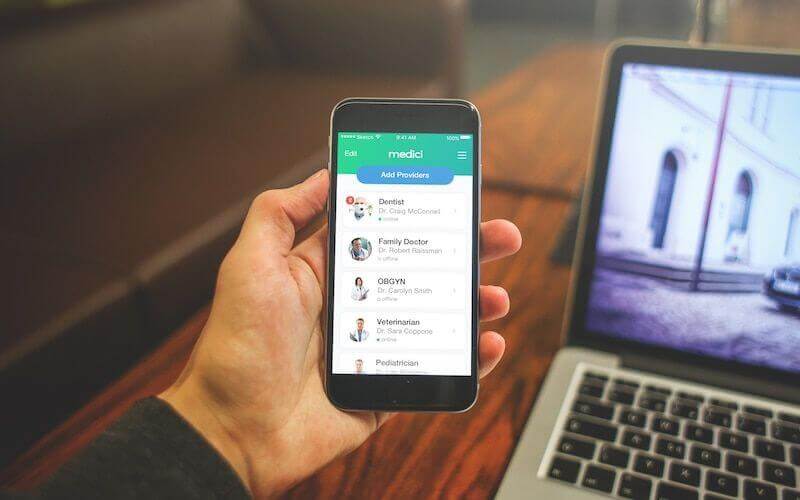 You have just gone through with the powerful solutions by Medici, which is well-known as host telemedicine startup and has taken on-demand health model to the next level.

Being a healthcare startup, if you are having an idea on telemedicine app, which you think can be a hit in the direction of telemedicine market, then you can cross-verify it with us as we are a leading iOS app development company and have already developed over 40 healthcare apps with diverse features and functionalities like AI chatbot, in-app payment, video-based support, social media integration, and multi-lingual support.

In case, if you still have any query or confusion regarding healthcare app development or app development cost of health care or telemedicine, how long does it take to make an app, what is the average cost of developing an app like Uber for doctors or hire the best mobile app developers, then you can get in touch with us through our contact us form. One of our sales representatives will revert to you as soon as possible. The consultation is absolutely free of cost.

5 Factors That Startups Need to Look Upon Before Creating On-Demand Food Delivery Apps Like Seamless, DoorDash or Uber Eats

4 Strategies That Startups Can Learn from Delivery Booking App- GoGoVan