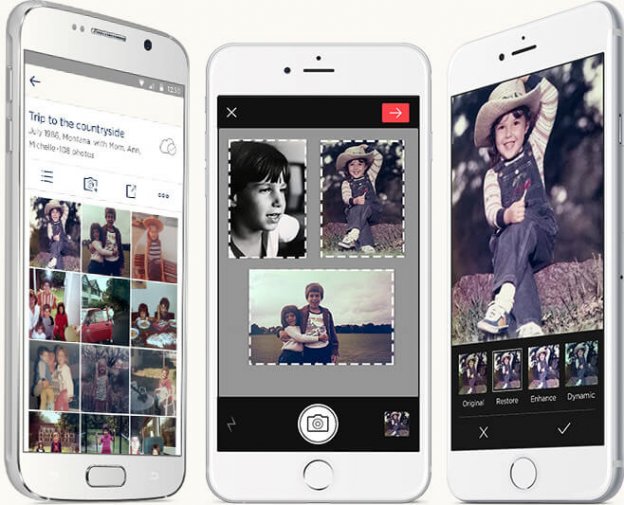 “This blog is for those startups and entrepreneurs, who have decided to develop a photo scanning app like Photomyne. In this blog, we have covered top three strategies that are behind the success of this A.I.-powered photo scanner app. Let’s have a look!”

In this digital world, almost all the important data like files, assignments, notes, and even old photos of your grandparents can be stored in a smartphone. Today, the stored files, assignments, an old photo album of your parents’ wedding or first holiday with your friends can be easily stored and accessed anytime and anywhere.

Talking about storing physical photo albums in a smartphone, it is easily possible using different photo scanning apps available on the web. Photo scanning mobile apps have made it easy to scan and save old photo albums along with a date, location, and description.

When it comes to talking about the best photo scanner app for Android and iOS, Photomyne is one such name that buzzing around. Recently, this A.I.-powered scan old photos app named Photomyne has raised $5 million in Series A funding.

The funding round was led by Luxembourg-based Maor, a co-investment tech fund from Philippe Guez and Eric Elalouf. With this new funding, the company is planning to expand its team of 16 to around 25 and scale the business in Japan and South East Asia, in particular.

In a short period, the photo scan app has gained huge popularity worldwide. So, if you have also decided to develop a picture scanning app like Photomyne, let’s explore 3 simple strategies behind the success of this A.I.-powered photo scanner.

1.Constant Innovation with the Latest Technology

Many of you might have a question in your mind – how has Photomyne gained instant popularity on the web. The reason behind it is constant innovation with the latest technology. This image scanning app is leveraging the power of Artificial Intelligence that runs locally on mobile devices to speed up the tedious process of picture scanning using a handheld device. 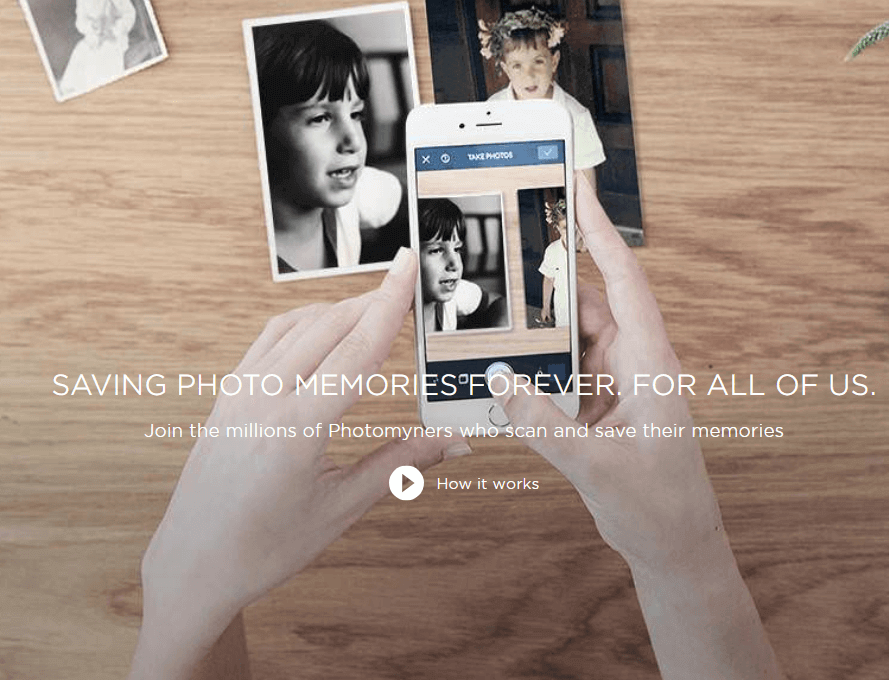 Unlike other photo scanner apps, Photomyne allows users to scan photos without any hassle as they just need to simply hold the device and capture. Then, the scanner will do the rest. The app’s A.I.-based technology improves over the time the more users use it. With constant innovation, the app allows organizing photos beautifully into albums, so users can browse them on multiple devices and online.

To record memories forever, turn piles of physical photos into digital albums along with dates, location, and names of the person in the photo. Even, mention the story behind the photos and albums to save those moments permanently. It doesn’t matter what type of photo and video app you are developing, it is essential to keep innovating with the latest technology, helping your users to save their time and efforts.

Another strategy that is behind the success of Photomyne app is the ability to scan more pictures in one shot that makes this application appealing to those who want to upload their entire collection of old photos to the web rather than picking and choosing specific photos to import. 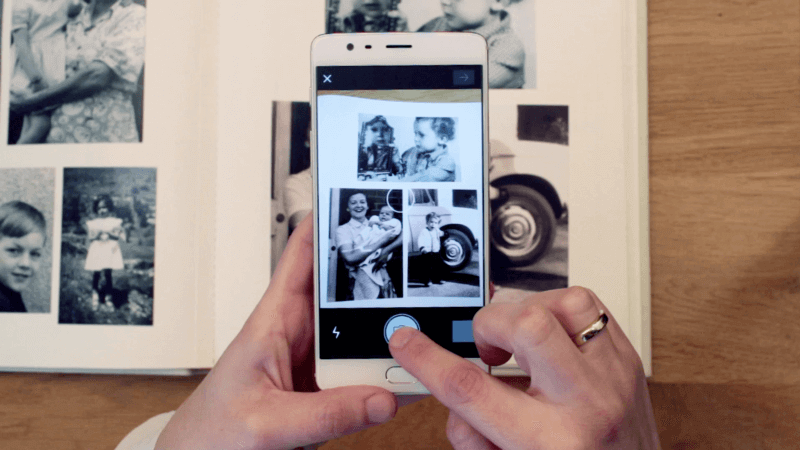 Once users scan multiple analog photographs in a single shot, the application will auto-detect picture boundaries, auto-rotates sideways pics, crops and save them into a digital album. The application is helping a lot to all those people, who attempt to digitize images found in old albums containing various pages filled with physical photos.

Moreover, the more interesting thing about Photomyne is that it has a vision of being more than just another scanning utility. It helps users create live, shareable digital achieves anytime and anywhere. In the sea of photo scanners, Photomyne stands-out due to its ability to scan multiple paper photos in a single shot.

So, if you want to make your own photo scanning app for Android, make sure that you add value to your users’ lives and make things easy for them as Photomyne did.

3. Focusing on a Set of Exciting and Unique Features

To make your application successful, it is must to include a set of exciting and unique features that other apps don’t offer. Irrespective of the type of app you make, make sure to provide an array of new features just like Photomyne application.

This picture scanner application comes with lots of exciting features such as scanning multiple photos at a single shot, auto-rotates sideways pics, crops & saves them into a digital album. In addition, users are allowed to share as many photos as they want through email and text messages. 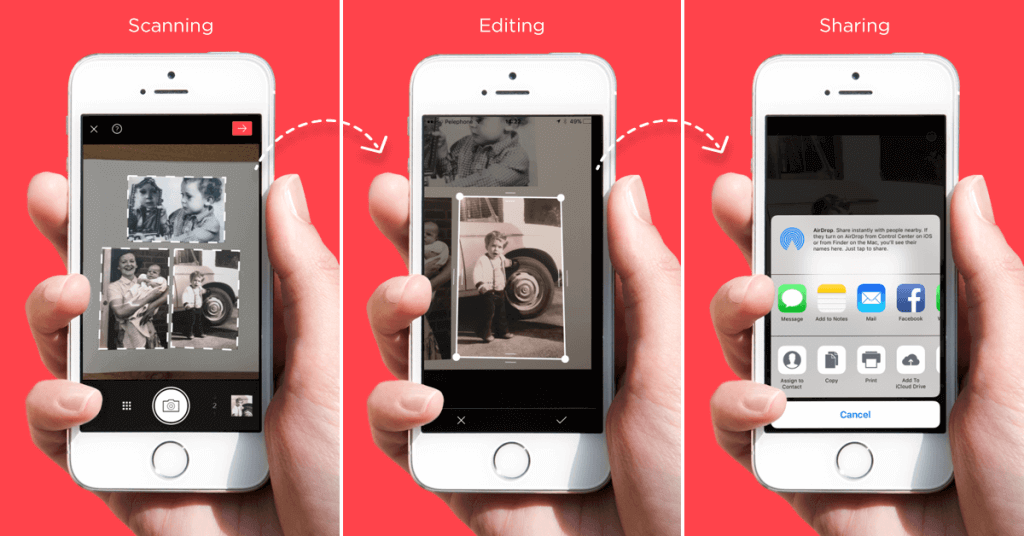 The best features of this A.I. app is it enables users to save unlimited photos to their iOS or Android device and create unlimited albums. However, some additional features like unlimited photo backup, syncing account across multiple mobile devices and online photo access on the Photomyne website are available for paid subscribers only.

Moreover, Photomyne scanner app is focusing on many new features like automatic color correction such as fixing color decay and the ability to search more interesting photos in 70 million-plus photo archives. To develop your own power-pack picture scanner application, you must provide a complete range of new and exciting features that help your users in saving their time while scanning and creating a digital family album.

Developing the best photo scanner app for mobile that gets funded and covers by top news website like Techcrunch is not as easy as it sounds. You have to think out-of-the-box and provide a solution to your users’ problem they face while converting physical photos into digital albums. Understand your users’ pain points and try to solve them through the application to add value to users’ lives.

So, if you have got an idea that you want to turn into a successfully running application, you can get in touch with us as we are a leading app development company and have already developed over 40 photo-video apps with numerous features and functionalities.

In case, if you still have any query related to photo scanning app development or how much does it cost to develop photo editing apps, just fill-up the below-given form and one of our sales representatives will get back to you. Our team covers the entire flow of taking an idea and launching it in the market as a fully functioning mobile app. The consultation is totally free!