How Snow (Once a Snapchat Clone App) Raises $50M From SoftBank With These 5 Unique Features? 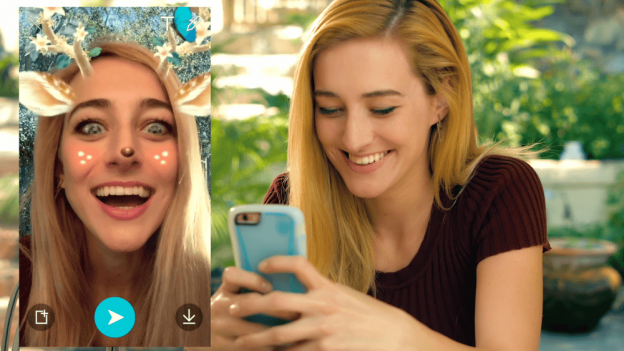 Have you ever thought of creating an app like Snow? If yes, this blog post is for you as it contains top five features of Snow, a successful photo editing app like Snapchat.

In the ocean of photo filter apps, the Snow – a video messaging app has an edge on Snapchat. Since there was a time when Snow was recognized as Snapchat clone app. But, right now, the scenario has completely changed. It is no longer a Snapchat clone. Well, the report says, “Selfie app Snow raises $50M from SoftBank and Sequoia China”.

When it comes to the growth of the SNOW, it reflects, “In the year of 2016, Snow – the video messaging app had overtaken Snapchat in terms of installs across Asia”, according to the report by SimilarWeb. You can check in the below image. 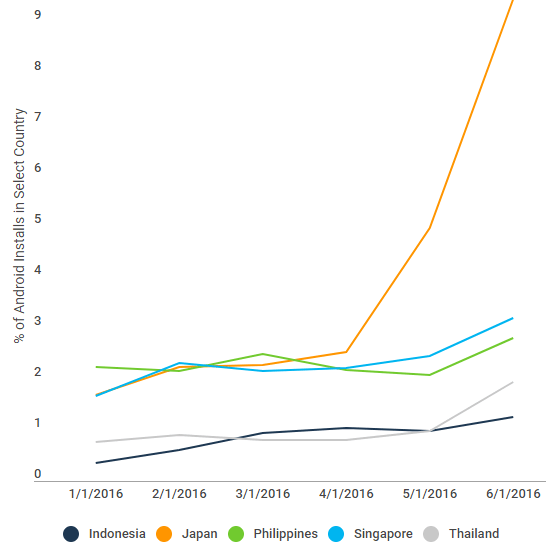 After Asia, now we’ll move to other countries that have become early adopters of Snow, the Snapchat clone app. Whereas, in the U.S, Germany, Netherland, and UK, the installs of Snow have increased steadily since January 2016. You can check the data in the below image. 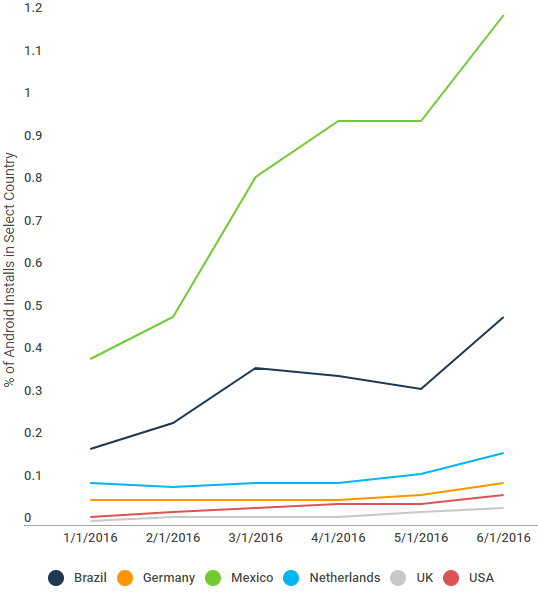 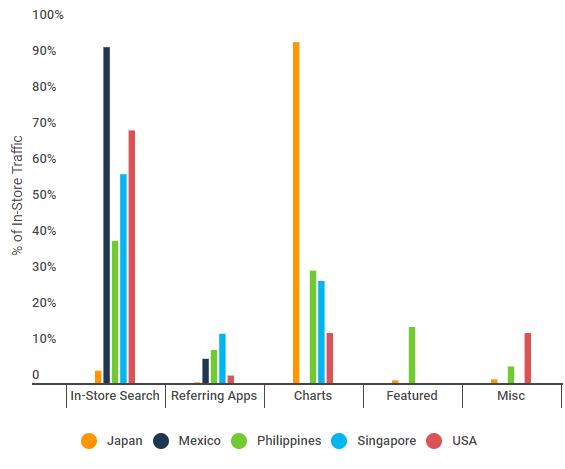 Emerged in September 2015, a video-sharing app like Snapchat, Snow was started by Naver, the Korean firm, which is behind the popular messaging app, Line. Additionally, one of the most popular apps in China, Snow app is used by over 200 million people around the world. That’s why Snow app has changed significantly since its emergence. Also, Facebook tried to buy Asian Snapchat clone- Snow in the last year.

Additionally, it is important to look out the app rank history of Snow app by App Annie, you can check the below image. 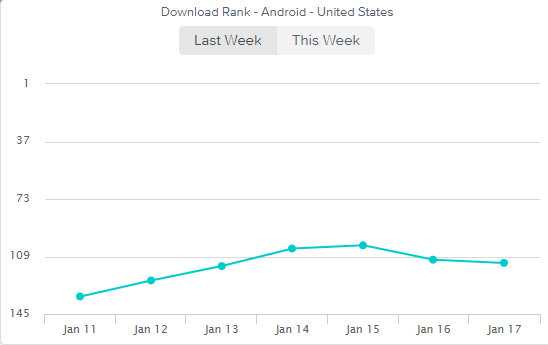 The app has come up with more than 100+ filters, including Minnie Mouse-inspired bow, funny (shark), and the just plain strange filter egg filters.

It allows users to record videos with the live effects. Also, they can send and post photos in the category, which is named as “Live” (it is similar to Story in Snapchat). The user’s post will last 72 hours instead of 24 hours. 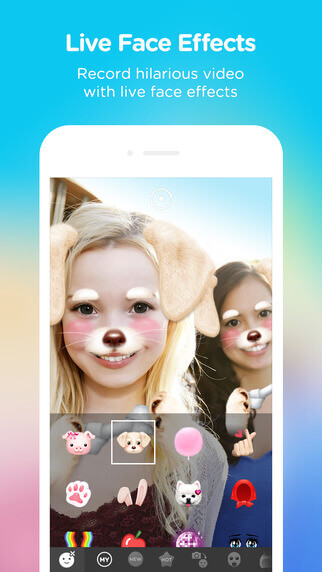 If you are planning to make an app like Snow, this must-have feature ‘Live Face Effects’ can make your video clone app stand out among other apps on the Play Stores.

As you may have already know the standalone feature, Boomerang by Instagram, which has been quite popular among users.

Basically, Boomerang is a mini video, which plays forward and backward. Talking technical side, AVFoundation, is an iOS in-built framework, a technology behind the Boomerang feature. Also, in the 1-second video contains 30 frames total in Boomerang. And, it allows you to capture GIF-like videos.

On the other hand, you may have noticed that there are a plethora of applications, which are enhanced with GIF enabled chat functionality. Considering boomerang, GIFs and other unique features while making a photo editing app can make your app successful like Snow. 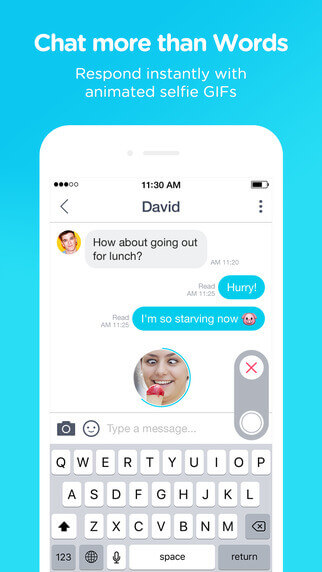 #3 The Range of Stickers

Well, on the fundamental level, with the use of Motion (a powerful graphics tool), it is possible to create great-looking animated stickers. The idea of customized stickers in photo-editing mobile application just like Facebook Messenger, Snapchat, and Snow is completely unique and attractive. 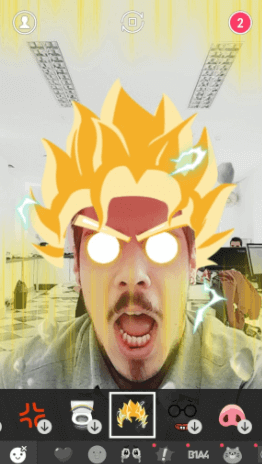 #4 Allows to Create The Musical Video

This feature allows the user to create the video with the background music by choosing the tracks within the app.

However, the Snow app is still not providing users to choose the tracks from their devices. Nevertheless, you can provide your app users with the option, for instance, ‘choose music from your device’, which are not yet provided by Snow. In this way, users may have options to insert their own favorite music into the videos.

#5 Make The Videos Glitter with the unique ‘Kirakira’ filter

You may have heard of the sparkle filter – Kirakira, which lets users add effects to their images and videos. Previously, you may also use Kirakira+ on videos only. But, you can use it in your images as well.

Basically, it is based on the phenomenon in which the light emitting materials and reflective objects like jewelry, glass shine even more. Diving into the technical side of Kirakira, it is based on OpenGL (Open Graphics Library) technology. OpenGL is a cross-language, cross-platform application interface (API), which provides 2D and 3D vector graphics.

Undeniably, the popular apps like Instagram and Snow, both have already provided this feature, which is known as ‘Kirakira’ filter. Currently, this filter is quite popular among users. 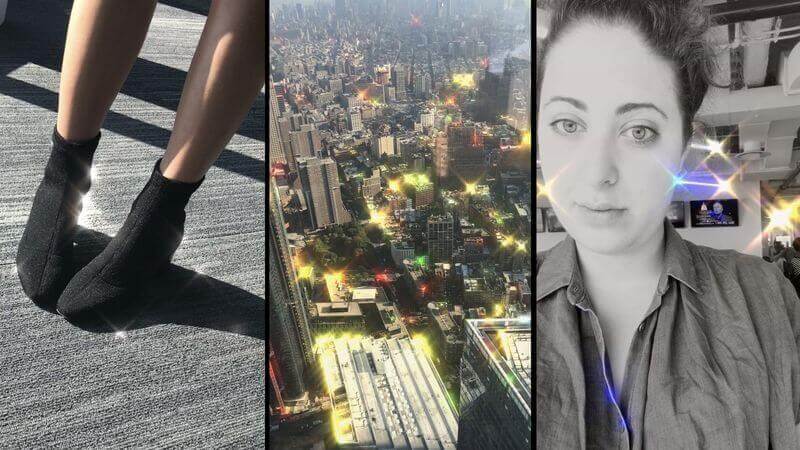 Well, you have just gone through with these unique features of Snow app. Now, let us move on the approximated hours to develop a photo editing app with aforementioned features.

Heading into the estimated hours in order to create an app like Snow with the following features. As we’ve discussed with one of our iPhone app developers. You can check the accumulated data on the below table.

If you’re planning to create a photo filter apps or want to create app like Snapchat, you may have a plethora of questions, you can consult with an ideal iPhone app development company must have the solutions for all your queries. Meanwhile, you’ll need further assistance in terms of validating your idea for any mobile application or you may have further queries, you can get in touch with us. All you need to fill the below-given form. We will feel privileged. And, within 48 hours, we will revert you.

How to Use Swift Delegate Protocol to Show Data in The View Controller While Creating an iOS App?