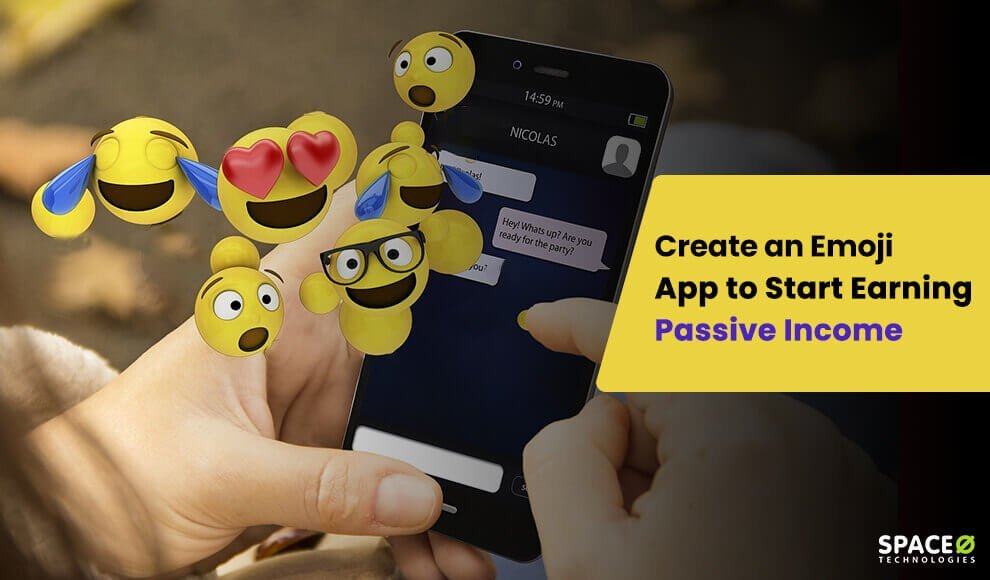 In this digital era, emoji has become a better way of expressing emotions rather than words. People use more than 5 billion emojis every day on Facebook and Facebook messenger.

No doubt, this year, according to Statista, the global emoji count is bound to increase to 3,353, which will help people in conveying emotions through emoji. With the increasing use of emoji and emoji apps, many budding startups and entrepreneurs have started to show a keen interest in emoji applications. 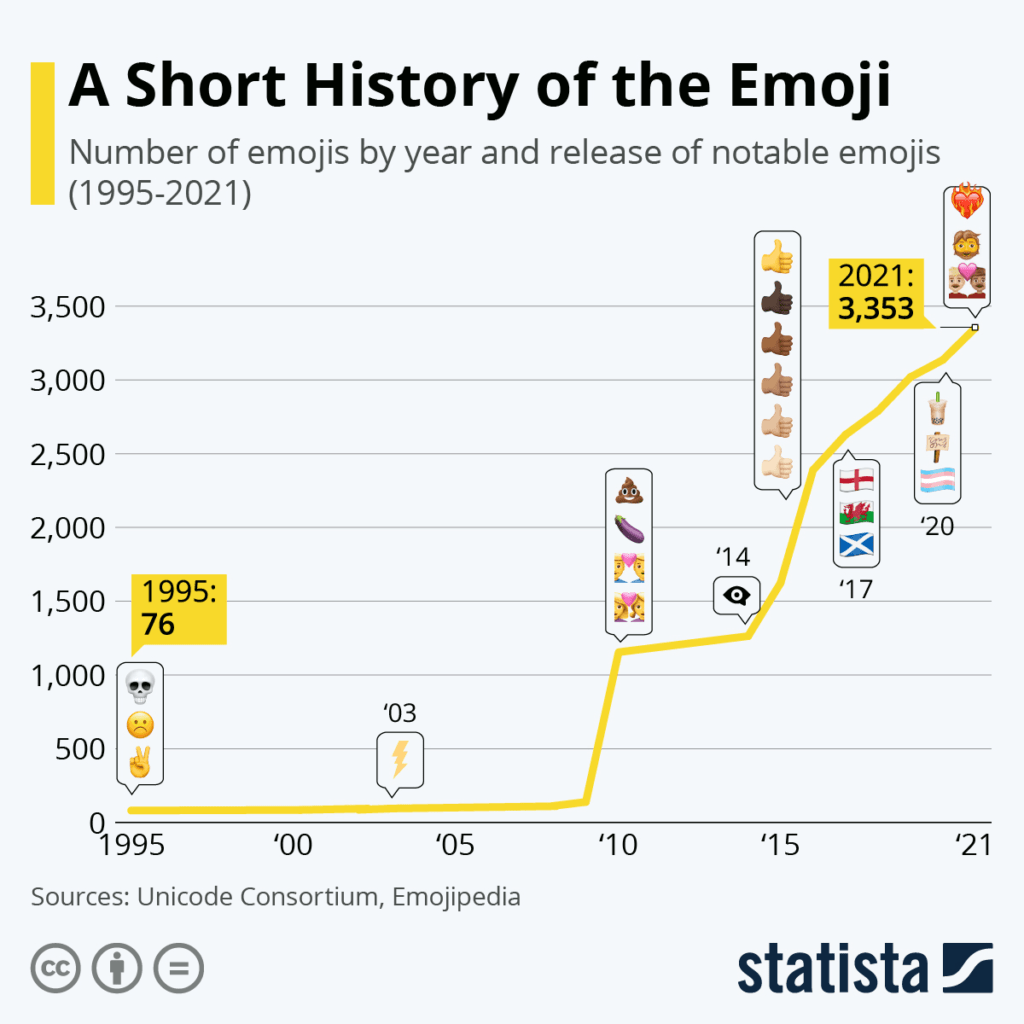 Being an entrepreneur, you must have thought that how hard it
is to create an app? If you want to know this answer and build an emoji app, then this blog is for you.

From this blog, you will learn how to create an emoji app, how much an emoji app will cost you, how to sell emoji app and how to earn passive income out of it. So, let’s get started to find out everything in detail.

Why Create an Emoji App?

Creating an emoji app for your business will help you increase brand value, offer unique services to your customers, and customize the advertising or other ways of monetizing the app.

In other words, emojis are turning from just an entertainment tool to an effective business tool. This can be confirmed by brands like Domino’s and Starbucks that have used emojis to increase sales. Let’s understand this with an example.

In 2015, Domino’s joined the emoji bandwagon, letting the customers order pizza through emoji. Isn’t it super cool? This means you do not even have to type your pizza choices. Domino’s has taken this advantage to keep an emotional connection with its users.

Also, Starbucks has unveiled an official emoji keyboard with 28 Starbucks-specific icons for all the coffee lovers that they can share with their friends. 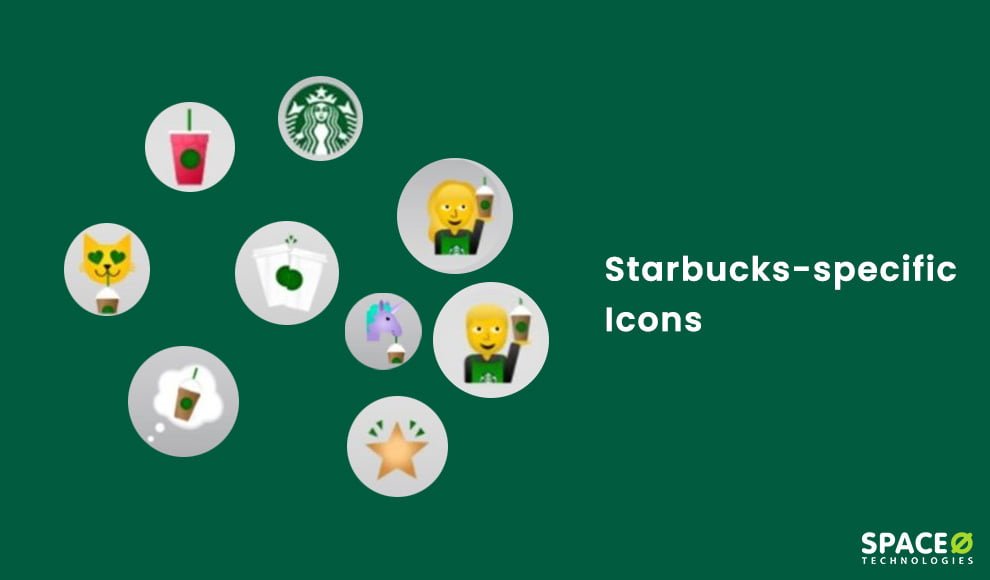 Like these two, many other businesses have jumped on the emoji bandwagon. In fact, celebrities like Kim Kardashian have also created their own emoji sets for fans to use emojis while texting and on social media. So, if you also want to build a messenger app, such as Snapchat, you can think of adding unique features and create emoji keyboards.

Want to know how to make an emoji app? To answer your question about how to create emoji app, we have mentioned 4 simple steps to make your own emoji application for Android and iOS.

How to Make Your Own Emoji App for Android and iOS?

Being an entrepreneur, if you want to know how to make an emoji keyboard app, then this section will answer your question. We have listed 4 simple steps that will help you create your own emoji application. Let’s go through all the steps one-by-one: 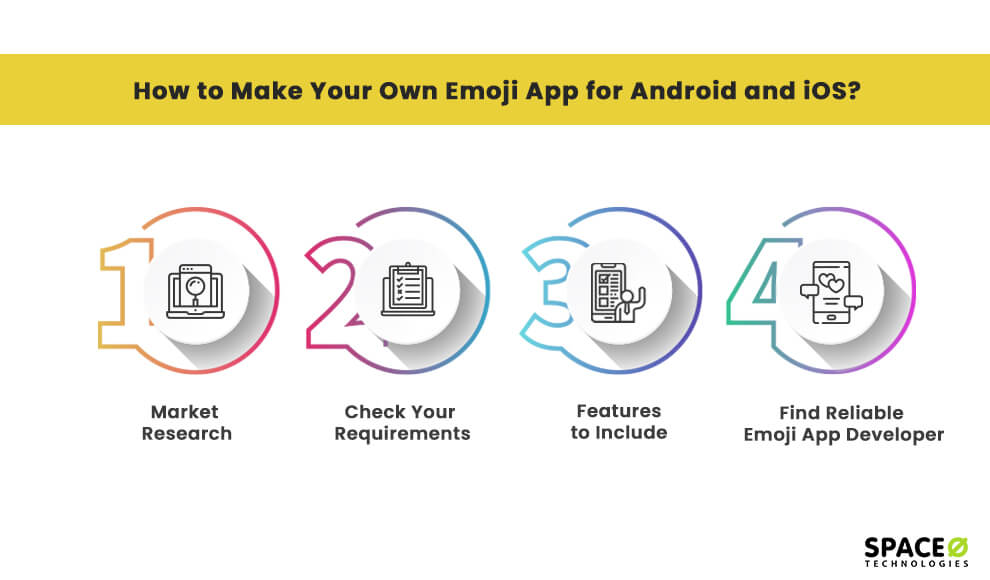 1. People who want to express their emotions more conveniently.
2. Shy people who do not talk much and feel comfortable with sharing emojis instead of writing.
3. Fans of celebrities who love to see emoji sets of their favorite sportsmen and TV presenters.
4. People who love to send greeting emojis. For example, people send an emoji or sticker of well-wishings on different occasions and festivals.
5. Startup companies that buy sets of bright emoticons and emojis (for example, many fast food companies would be interested in sets of stickers that represent food items).

Also, find your existing competitors to understand your potential customers’ needs and where your competitors lack in offering the services to customers.

The best way to identify your competitors’ flaws is to install apps and use the apps for a specific period. Check performance, speed, design, colors, and fonts to know how you can improve your app’s features. Also, check how you can go beyond them in terms of service.

You can check the feedback and rating section of Google Play Store and Apple App Store as generally people express likes and dislikes in this section. In fact, app users share detailed feedback about the performance of the app and their expectations with the app. So, once you take your first step successfully, move ahead to the next step.

We have checked the requirements, but at this step, you will need to ensure the features that you want to include in your app. To find out the essential features, check the comment section of the top emoji applications in Google Play Store and Apple Play Store.

In the comment section, users share their feedback, share expectations, and particular features they are looking for. Along with it, create a poll of features and ask your target audience to share their preferences.

In case, if you are not sure which features to include in your emoji app, then here is a list of emoji app features:

Finally, you have decided to work on your emoji app idea; it is time to find a professional emoji app development company.

To find a professional developer, you can visit Clutch, Upwork, and GoodFirms that list experienced developers and app development companies.

Check top developers on these websites along with the total work experience and portfolio. Make a list of the best developers to choose from as per your project requirements.

After knowing the steps, now, you must want to know how much it would cost you to make an emoji app. Let’s check various factors that can influence the app development cost in the next section.

Based on Emoji App Development Stages

Cost Based on the App Complexity

Cost of App Developers Based on Different Locations

To check more in detail for app development costs by different regions, refer to the following image. 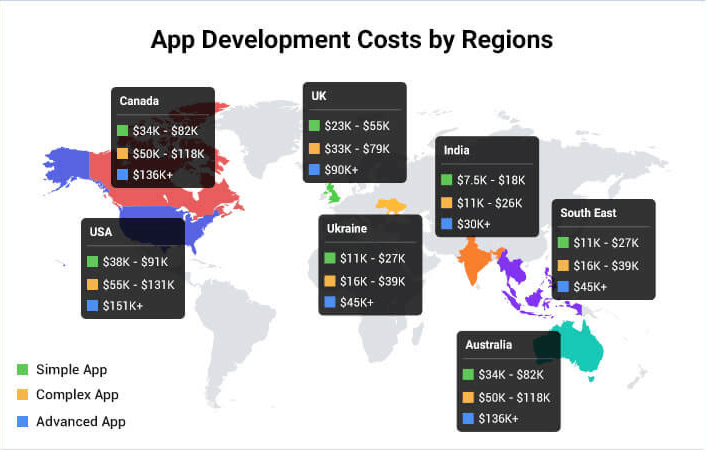 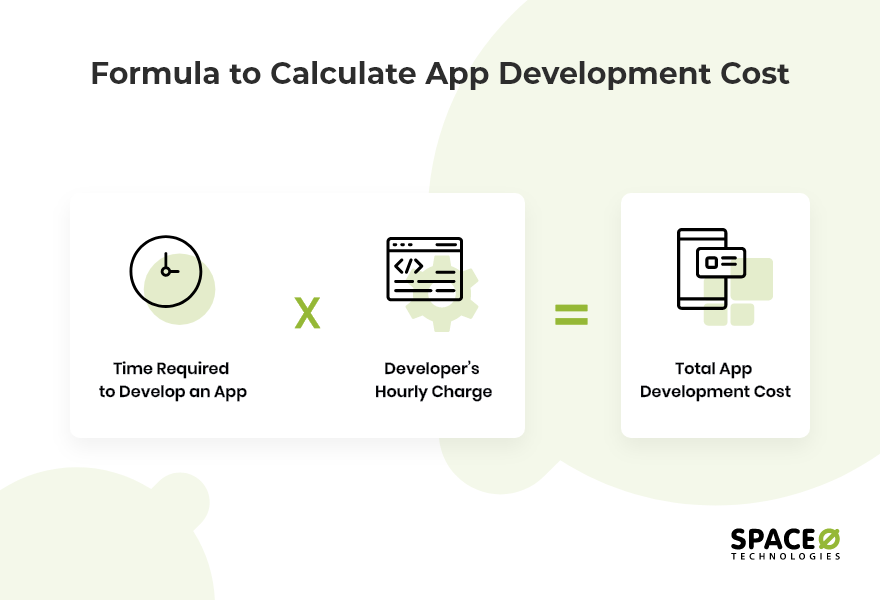 This was all about the emoji app development cost. And now we will discuss the top features of the best emoji app and other information. Let’s dig in to find everything in detail.

Want to Create an Emoji App?

Want to validate your app idea. Want to get a free consultation?

Here are the best examples of custom emoji makers and emoji picture apps. You can check their features, reviews, and the number of downloads to evaluate the best emoji keyboard apps.

Have an Emoji App Idea?

Want to validate your app idea. Want to get a free consultation from an expert?

How much time does it take to develop an emoji keyboard app?

It takes around 2 to 6 months to build an emoji keyboard app. This timeline varies depending upon the various features and functionalities you want in your app.

How to make your emoji app unique?

To make your app unique, you can add features that attract more users and increase your brand value. Here is the list of the features to make your emoji app unique.

How to earn money out of emoji apps?

You can add the following features to your emoji app to earn money:

Or, you can sell the following things to earn money through your emoji app:

Which emoji app is the best for iOS?

Here are the two best emoji apps for iOS that you can check and take the benefit of a free trial (if available).

Which emoji app is the best for Android?

Here are the two best emoji apps for Android that you can check and take the benefit of a free trial (if available).

Create Your Own Emoji App

We have covered the emoji app development steps, the cost to build an emoji app, the best examples, and the most asked questions in this blog. We hope going through all the details step-by-step has helped you to make the right decision.

Still, confused and couldn’t make a plan on how do you make an emoji app? Consult our experienced developers. To discuss your app idea with us, just fill our contact us form and one of our sales executives will get back to you shortly.

You can discuss your app idea and requirements regarding how to make an emoji app and our expert will suggest the best possible solution on the basis of years of experience in the mobile app industry.

Not only this, we have a team of experienced developers, who have already developed many social networking apps like