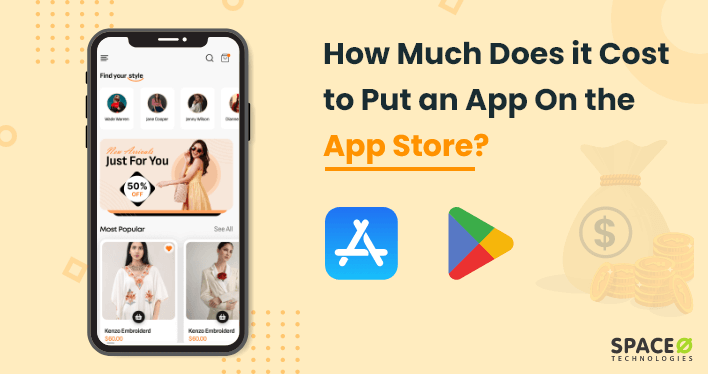 The Google Play Store and the App Store are two of the biggest app stores followed by the Amazon Appstore.

Whether you are a businessman, a gaming enthusiast, or a tech geek, you can easily find mobile apps for your choice from Play Store and App Store.

But, have you ever wondered about these questions?

The following table answers your question about the cost of publishing an app on the Google Play Store and App Store.

How Much Does It Cost to Put an App on the App Store?

Along with the cost of app development, you should also know the cost of putting an app on the App Store. The following table shows the app publishing fees for the Apple App Store and Google Play Store.

The following table includes the cost and timeline to publish an app on the App Store.

Want to Create an App and Publish It on App Store?

Our experienced developers have successfully developed and published more than 4500 Android and iOS apps on the App Store.

The Amazon Appstore is also one of the alternatives app publishers are using nowadays. The Amazon Appstore has a clearer pricing policy compared to other App Stores. You can easily register as a developer, and publishing a mobile app is free. Also, 30% of fees will be charged for each transaction.

As of the second quarter of 2022, there are a total of 480,174 apps available in the Amazon Appstore. The Amazon Appstore contains optimized apps for Kindle Fire tablets as well as Android apps.

Now you have a clear idea about the cost and timeline to publish the app on the App Store and Play Store. Next, understand the meaning of the App Store.

What is App Store?

An app store is an online portal to download or purchase mobile apps. As mobile devices are increasing, the concept of developing an app has become necessary. Even though it has extended to a number of desktop operating systems as well as web browsers.

Even, Mozilla Firefox and Google Chrome have app stores where you can easily download and install web-based applications.

With their own app stores, each of the main mobile operating system providers—including Apple, Microsoft, Google, and Blackberry—can manage the apps that are made accessible on their respective platforms.

10 Steps to Publish an App on the Apple App Store

To successfully launch an app, you need to build one first. We did that with one of our clients, Glovo. Initially, the idea was to develop an on-demand delivery app with basic features. However, as the development began, the ideas were discussed and implemented. Initially, it was challenging for me to build the Glovo app, after investing 6 months, our developers built Glovo with the necessary features and functionalities. Check out the complete information about Glovo in the following table. 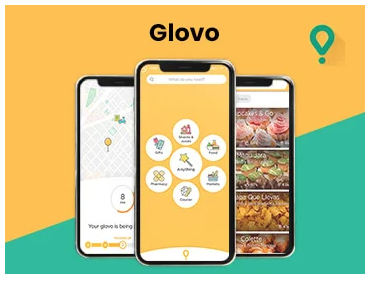 What is Google Play Store? 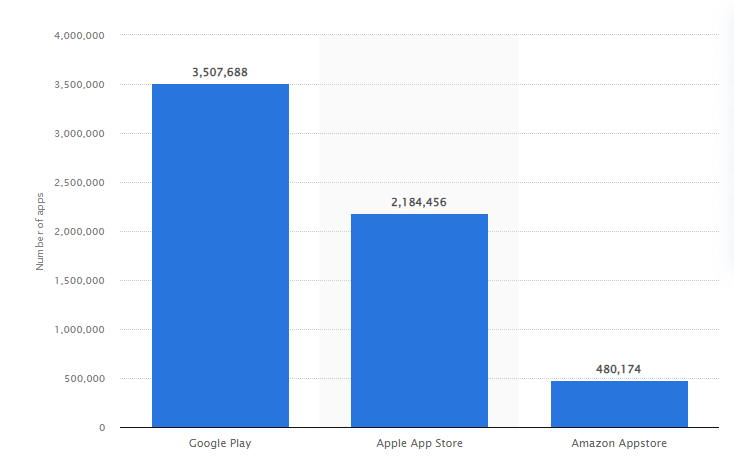 8 Steps to Publish an App on the Google Play Store

All Android devices by default include the Google Play Store.

Looking to Publish an App on the App Store?

Contact us. We have a record of successfully publishing over 4500 mobile apps on the Google Play Store and Apple App Store.

Still have questions about publishing an app on the App Store? The following list of FAQs will answer your questions regarding Google Play Store fees and more.

FAQ About Cost to Put an App on the App Store

What is the best alternative to the app store to publish apps?

How long does an iOS app take to publish?

According to the App Store, 90% of submissions are reviewed within 24 hours. However, the timeline may increase to 30 days as well. In the event of any changes, you will receive a notification via email.

How long does an Android app take to publish?

The Android app takes 2-3 days to get published on the Google Play store. However, for certain apps, the app review even takes more than 7 days.

What is the cost of maintaining an app?

The cost of maintaining an app ranges from $1000 to $50,000. The cost depends upon the cost, features, functionality, and timeline of the app maintenance. Also, it is essential to maintain an app even after it has been published on the Google Play Store and App Store. If you want to learn 4 simple tips to save your app maintenance cost, check out this blog about how much it costs to maintain an app.

Ready to Publish Your App on the App Store?

In this guide, you have learned about the cost of publishing an app on the app store. Along with that, it gives you a clear idea of the steps to publish an app on the App Store and Google Play Store. If you have additional questions regarding app development, reach out to our app development consultant.

We have 250+ experienced mobile app developers, helping you develop fully functional mobile app solutions. Our developed mobile app, Glovo, has garnered more than 30 million installations on the Play Store. If you are looking to build a mobile application for your business, book a consultation with our app consultants. We will understand your requirements, and develop mobile apps with advanced features according to them.