Can You Do It? Can You Make a Successful Video Streaming App like Hulu Without These 6 Highly-demanded Features? 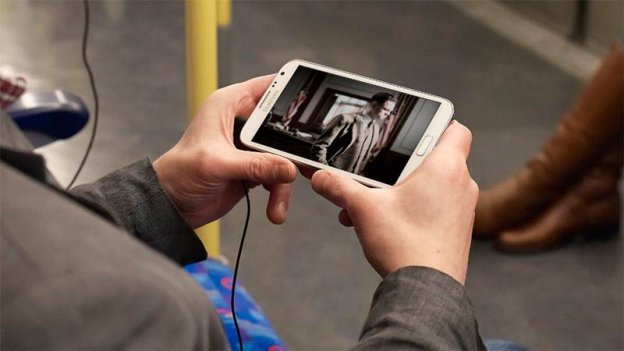 Do you know that media consumption has touched new heights in the last couple of years?

The new age of television has opened a completely new world for all those people, who are very much interested in watching movies, TV series, and daily shows.

These days, people are not interested in traditional cable and satellite TV because of the existence of various live video streaming apps like Hulu, Netflix, Contus Vplay, etc.

Among these streaming mobile apps, Hulu is a successful on-demand video streaming service that is currently present on almost every streaming device from set-top boxes to smartphones.

According to another report from App Annie, TV viewers spent approximately 12 billion hours on top 10 video streaming mobile apps in the last 12 months ended in July 2017. Talking about another report from TechCrunch, this video streaming app, Hulu, will top 23 million subscribers by year-end. The CEO of the company said that the company has added more subscribers in the second half of 2018 than it did in the first. Considering the total subscribers, we can say that it will put Hulu somewhere between 23+ to 24 million range by the start of 2019.

As per the report, the application has grown its gross revenue by 71% year-over-year to an estimated $132.6 million and first-time installs by 30% to 22.5 million. The app has surpassed 100 million all-time downloads across the world at the end of November.

According to the latest news from Tech Crunch, Hulu has grown to more than 28 million U.S. customers, comprising 26.8 million monthly paid subscribers whereas 1.3 million promotional accounts.

There’s another report from TechCrunch, which declares that Hulu is preparing to update its streaming app to make it simpler to navigate and discover content that users want. Some of the redesigned changes are planned for the coming weeks like adding buttons or re-arranging where menus sit.

Currently, Hulu is the only video streaming application that offers more TV content than any other streaming service. Moreover, Hulu is faring very well with its TV streaming services, according to a new report from Bloomberg. The report says that it has around 2 million subscribers. As per the sensortower.com, Hulu has secured the sixth place in the list of the top grossing apps in the U.S. for May 2019.

So, if you also want to make live streaming mobile apps like Hulu, you can check out these 6 highly-demanded features that can make your app successful.

One of the most important features that you can include in your on-demand video streaming app is allowing users to watch their favorite movies, TV series, daily soaps, and latest news.

You can include an option for streaming all these things because each user has its own preference, so make sure to include different options. As it is your first streaming app, you can only implement a function of online streaming without the possibility to watch further.

Live broadcasting feature can be considered in the next version of your app. Moreover, broadcasting requires a huge space, so ensure that you use cloud servers to get optimum results.

The second essential feature that is highly demanded by users is multiple language support. If your mobile video streaming app will support multiple languages, it will attract a number of people from across the world, allowing them to use your application in their preferred language.

It will be easy for them to watch their favorite movies, tv shows, series or any news in their own language. This way, you can target the maximum audience worldwide and make your app successful.

The third feature that most of the video streaming app users expect from the app is a search option that will help them to find channels, movies, shows, and any news. It can also users to check out the trending searches.

Once, you decide to include a search functionality in your app, ensure that it must be intuitive and user-friendly so that your users can easily use this functionality without spending a lot of time.

A separate feature to manage the user’s profile, allowing them to add and edit their personal data, emails, passwords, and app notifications. Using this feature, they can easily manage their entire profile without any hassle.

Moreover, the accounts can also contain multiple user profiles to track each person’s favorite movies & series and any suggestions about what to watch. As you might know that video streaming app Hulu enables its users to create maximum of six profiles per account to separate each user’s viewing history and watchlist.

Allowing your app users to create their own personal watchlist, where they can add everything that they want to watch later. They can also add any stuff that they want to keep track of like if they are waiting for the next episode of any series.

In addition to this, they can add movies, tv series, daily soaps or any interesting news in their watchlist to check out later whenever they get some free time.

Social features in the video streaming app also play an important role when your app users wanted to share any movie or tv show with their friends. A sharing feature will work as a free promotional tool for your app.

In addition to this, you can also allow users to rate and comment on the shows and movies that they have watched so that other viewers can know about it if they are new on the app. With this option, users will get a chance to share their opinion or views on any series.

So, these are the top 6 features that are highly-demanded by streaming app users. By including these features, you can make your mobile live streaming app stands out from other apps and allow your users to enjoy their desired features.

Now, you might be getting one question in your mind – what is the approximate cost of developing a video streaming app like Hulu including the above features. We have tried to give an approximate cost after discussing it with one of our expert developers.

Generally, the cost of developing a video streaming app like Hulu depends on various factors like features, functionalities, platform (Android or iOS) that you want to develop on, and the team or iPhone app development company that you want to hire.

These factors play an important role while estimating the exact cost of creating an app like Hulu. In addition to this, most of the app development companies charge on an hourly basis. For example, below are the approximate hourly rate of developers from different countries:

So, the cost of video streaming app development also depends on the developer that you hire. In case, if you still have any query related to it, you can get in touch with us by filling below given form and our experienced developer will get back to you asap.

How to Launch an App? Launched 1000+ Apps Successfully! [Here’s The Secret of How We Do It!]