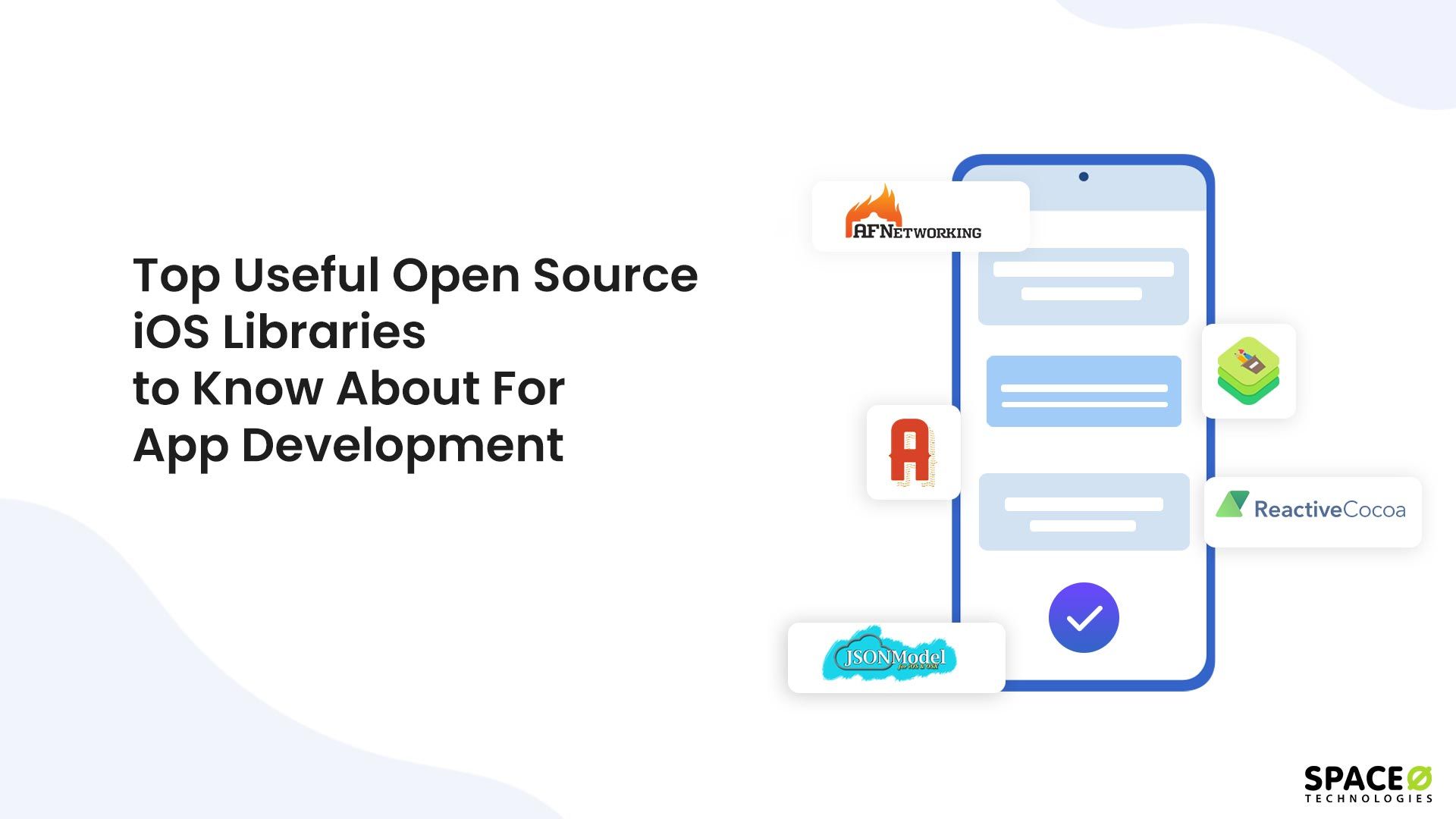 They save us a lot of time and hassle for developing one of the top iOS apps. The majority of these libraries support Cocoapods, which means adding them to Xcode projects is a real breeze.

Many times we’ve been asked by developers (and our clients) that how do these open source libraries benefit us?

The answer is simple. Rather than building something from scratch, why not use the available open source iOS apps libraries to create iPhone app. You can always see how other people do it, and use the same iOS libraries to build your app faster than you could otherwise.

Glovo, Flickbay, and Bevy are just a few examples of them. We’ve developed each of these successful apps using various open source libraries. It’s how we bring it together and deliver final products here at Space-O.

In this article, we’ve curated a list of useful open source iOS libraries. Embed them in your apps and embrace its benefits, just like we do.

So, these are the top 17 useful open source libraries to know about. Here, at Space-O Technologies, open source iOS libraries are an integral part of iPhone app development because it makes scaling iOS apps extremely easy task.

Now we know that this list is not an exhaustive one, so you can tell us your favorite open source iOS libraries in the comment box below. In case, if you still have any query or confusion regarding the development cost of developing iOS apps or Apple app development, then you can get in touch with us through our contact us form. And, one of our sales representatives will revert to you within 48 hours.