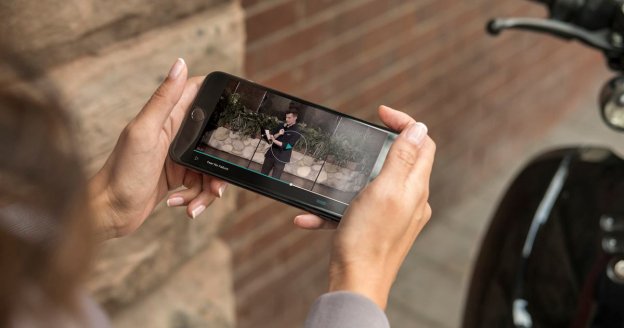 Let’s admit it. Television is dying. The cable subscription is not the best thing in the world right now, and it is all because of the born of live streaming mobile apps. Ever since YouTube, the technology of video streaming app development has gained massive popularity.

What Are These Video Streaming Apps?

The video streaming applications basically allow their users to watch high-quality videos in the app as well as upload videos to their own channel. Users can also comment on individual videos to share their personal views and connect with each other.

Today we see numerous online video streaming apps and websites like Youtube, Google Play, Netflix, Hulu, Disney, and Twitch, making buck load of money. This has caught many entrepreneurs’ eyes and they are investing heavily in video streaming app development. 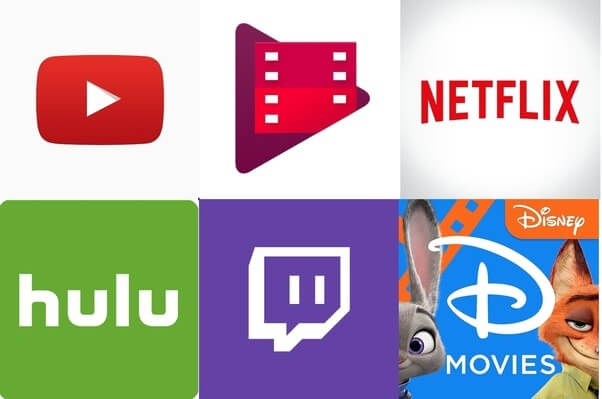 Now when it comes to mobile app development for photos and videos app category, we’re the game changers. We’ve developed photo & video apps which went viral in less than a year. In fact, 9 out of Top 200 App Store Apps in Photo-Video Category Are Developed By Of Us. you can get the full detail of each application from here.

There are already so many different video stream apps on both app stores but to deal with this abundance, we suggest reading this blog before getting started with your video streaming app development.

As we discussed that television is dying and its core reason is – Quality.

The quality of the video content that is being streamed by top video streaming apps is significantly higher than the old television. These days, you can watch 4K resolution video through a video stream app, but it’s impossible for cable television to achieve that quality.

The third and most important reason to build a video streaming app is that cable television lacks mobility. According to an article published in Forbes, more than half of the videos are watched on a smartphone. And this trend is not going to stop growing. According to the Ericsson Mobility Report, the traffic of live video streaming apps will continue to grow by over 50% each year until 2020.

Some of the Most Popular Video Stream Apps

If you want to read in detail, we have listed all the best live streaming apps.

Features Every Live Video Streaming App Must Have

The reason why video streaming apps are so popular and why people are using them often is because of its features.

Registration should always be as easy as 1-2-3. For example, you can allow your app users to register with the mobile number or email and password.

After the registration process, users should be able to edit their personal details, upload or update their profile picture, comment on videos, or share them.

Approximately 50% of all mobile devices have an HD resolution or FullHD display, which means there is a high demand for high-quality videos. However, in the first version of your mobile app, you can get started by implementing just the function of online streaming without the possibility to watch further. But, remember to ensure that the video quality must be superior.

For further expansion, you can also add live broadcasting capability. And while implementing the broadcast feature, keep in mind that you’ll need a large space. Here you can use cloud servers for best results.

Many times we see a live stream or a video in streaming apps and want to watch it again and again. However, these videos take a little bit time to stream each time we play it. Or sometimes, there may be a connectivity issue that keeps the video from playing. This is where local storage could be helpful.

With local storage functionality, you can let your users save any video into their device memory to replay anytime without any buffering. A recent example of this is Youtube. It has recently launched Offline videos feature that does exactly the same.

Subscription feature is mainly for informing users about new videos that come up on their favorite channels. This isn’t any high-tech feature nor it requires much time to implement, but It is one of the must-have features. In addition to subscriptions, push notification is also one of the best ways to inform users about every new video or channel update.

While all these features are must-to-have, but you can always add your unique spin to the app. And now, let’s move forward to another important part of this blog.

How much does it cost to develop a video streaming app like Hulu and Netflix?

While estimating the cost, these factors play an important role. Moreover, most of the companies prefer to charge on an hourly basis. Here some of the approximate hourly rate of developers from different countries:

You need to these mentioned hourly rates if you are hiring any mobile app developer from the above-given countries. To know the exact cost, you can talk to our experts, who provide a free consultation to all prospect.

How Can a Live Video Streaming App Make Money?

Admit it. The most important goal or the aim of any startup is to make money.

So how can you make money on this kind of mobile apps?

In the first case, after developing and publishing your application on the play store, you charge a fixed amount of money from users who want to download your app.

In the second case, you make your app available for free but offer in-app purchases. For example, you provide a pre-defined set of features to use for free. And charge users with a fee for using your premium features.

Lastly, the ads model involves showing advertisements of your client’s product or services in your app.

You have two options. You can wander through the internet to find some solutions and build your app using it. Or you can contact the right people who really understand all of this. As mentioned that we have an immense amount of experience in developing photos and videos apps and that our apps even got featured among top 200 apps, we can help you through this world of complicated things and lead you to your desired results.

In case, if you still have any query or confusion regarding video streaming app development. then you can get in touch with us through the below-given form and one of our sales representatives will revert to you within 48 hours.

Fill out the below form to Claim a Free Consultation.