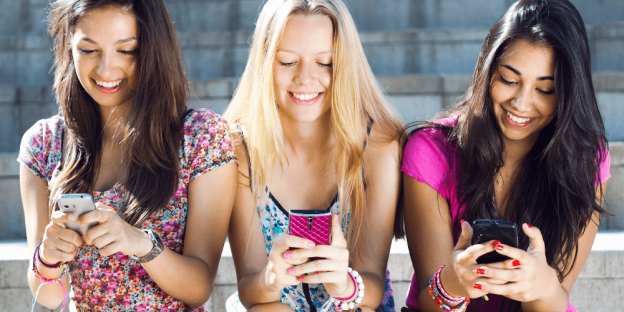 Do you know at least 20 million users across 192 countries are using Dubsmash app?

Dubsmash is an interesting thing since tweeting. This application lets people record video selfies for some seconds while lip syncing to audio clips stored in its library. This could be anything from clips of movies, dialogue or songs.

Hundreds & thousands of videos have been made and shared by users, including Arnold Schwarzenegger and Cara Delevingne, since Dubsmash’s launch in November 2014. This free application available on iOS and Android, has been rated 4+ across both the platforms. Having a simple user interface, it makes the dubbing process easy and fun.

Although Dubsmash doesn’t have much popularity like other video application has, its user base is quite large.

This application is running in 29 other countries. It’s more than a video messaging tool, but it doesn’t compete directly with Instagram, Vine, and other networks.

Dubsmash users can send their video to the people who are using Facebook Messenger, WhatsApp, and other standard messaging app, or even, can save it to their smartdevices, as it doesn’t have a timeline or news feed. From there, they can upload their Dubs to the social networks, where thousands of people already been there.

On the success of the Dubsmash, the co-founder Roland Grenke said,

“Early in our prototyping phase in October, we already got very positive feedback that made us feel that we found something valuable to many people. A first strong indicator for a ‘hit’ was reaching the number one position in Germany within a week after official release. Repeating this situation in different markets confirmed that Dubsmash can be internationally successful.”

How to Use Dubsmash? 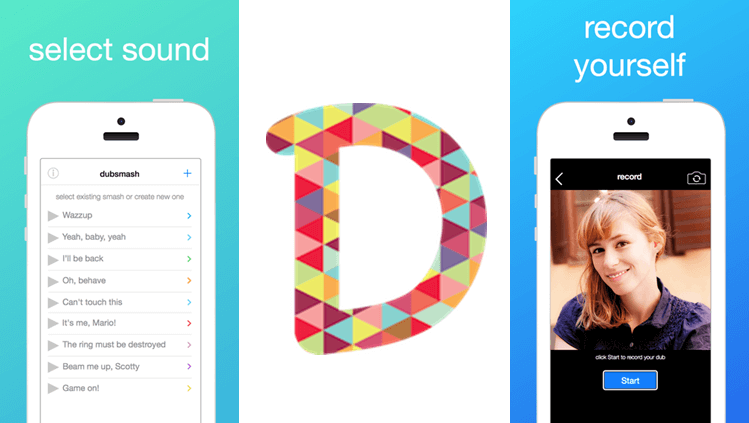 Firstly, you have to open an application and choose the audio that you want to use. You can get a list of trending categories like “Rap”, “Chick Flicks” and “Popular TV”. After that, you will see the list of different audio clips. You can click on the play icon available on the left-hand side of each title to listen to the clip.

Once you have decided the perfect clip, just tap on the title. This is where you will record your video. Set yourself and get ready for the film. Once, you are ready, click on the “Start” button. When recording is done, your application will play your Dub. After that, you have to click on the “Next” button to share your creation. You can save your creation on the Facebook, Whatsapp or can “Save to Camera Roll”.

Want to make your kids producers, content creators, videographers, or choreographers? Yes.
Install Musical.ly and share user-generated music videos to the private circle or friends of a wider circle. Sharing of content is based on settings. Kids able to upload their content or choose from a music library and then, lip sync it by creating a funny video. If kids want to check their feed of a musical.ly app, then they can by going to the app’s Instagram feed.

It’s more than Dubsmash that comes with hilarious challenges and talented creators to entertain users. Its powerful tool helps to create music infused videos that can be shared on musical.ly or can save on the device.

The surprising thing is Musical.ly doesn’t have any in-app purchases then also, it offers more features than other applications. Some of the great features only available when users share a musical.ly video to an app like Instagram, however, most of the users will do this nevertheless.

Just like Vine, Dubsmash can record different clips that seem together for great jump cuts that transition from one scene to another. Once, you import a video, you can add music and give different effects to upgrade.

How to Use musical.ly?

Using Musical.ly is very simple, you just have to combine hand gestures, move the camera and combine the good lighting to create the brightest video. You can also provide music-themed videos in Musical.ly. It enables to shoot video in Normal, Fast, Epic, Slow, and Time Lapse modes, however, users can do much more at the time of editing.

However, according to the latest report, “Facebook’s new Lip Sync Live allows users pick a popular song to pretend to sing on a Facebook Live broadcast.” Facebook also wants to launch a feature like Musically, which has become the teen sensation.

If you love the challenges and contests, then you can have the contest of the trending topics. Even Musical.ly allows you to create a private account for those users, who want to hide their musicals from other users.

To create a private account, you just have to tap on the head in the lower left >> Settings>> then, scroll down to click on Private Account.

Are You Searching for A Companion, Who Develop a Lip-Syncing Video App?

Photo video apps have become very popular among users. A video community app like Dubsmash and Instagram receive thousands of downloads. Apart from these two applications, some photos app like Teezr is a popular app to send censored pictures and messages to friends. Our developed Teezr app teases by sending censors picture or writing a message. Once users will see the full content, it will disappear forever as a user has set a timer.

We are also developing an app like Instagram and Dubsmash for iOS and Android. As Lip-syncing and video community applications are popular, we are developing it by integrating the latest functionality. You can talk to us to discuss your idea.

In case, if you still have any query or confusion regarding how long does it take to make lip sync app for iPhone, then you can get in touch with through our contact us form. One of our sales repersentatives will revert to you as soon as possible. The consulation is absolutely free of cost.

You’re One Step Away to Develop A Lip-Syncing Video App.

How to Develop Android Location-aware Applications to Automate Location Tracking

This Powerful App can Transform the Way You Drive Forever