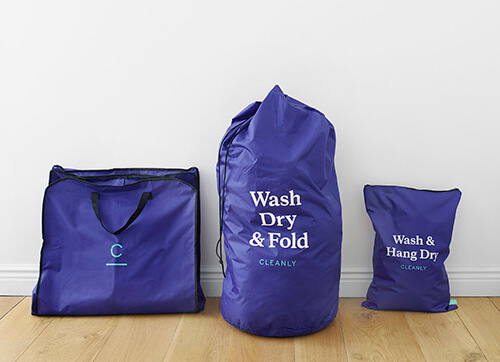 The success of Uber has motivated Entrepreneurs in a different industry to replicate Uber’s success model and enter the on-demand space. The on-demand laundry and dry cleaning sector is one such industry which has mixed well with Uber and Uber for X trends.

Today, with less time and more work to do, people often seek simpler ways for their daily tasks. Laundry is one of such tasks that has seen a huge change in recent years.

From washing clothes at home; to using public coined washing machines; and from going to a dry cleaner to simply tap few buttons on a smartphone, it has become easier than ever for people to get their clothes ready.

The efficient full cycle method of on-demand laundry businesses has changed the consumer behavior in such a way that they now won’t settle anything less than a VIP treatment.

So, if you’re wondering how to start a laundry business, it’s time that you tap mobile technology and reinvent your business model in terms of on-demand sector. Companies like Washio, Cleanly, and others have already realized the potential of on-demand laundry app development and have been successful since.

Although, Washio, the on-demand laundry startup that launched in 2013, has shut down its operations entirely in August 2016. 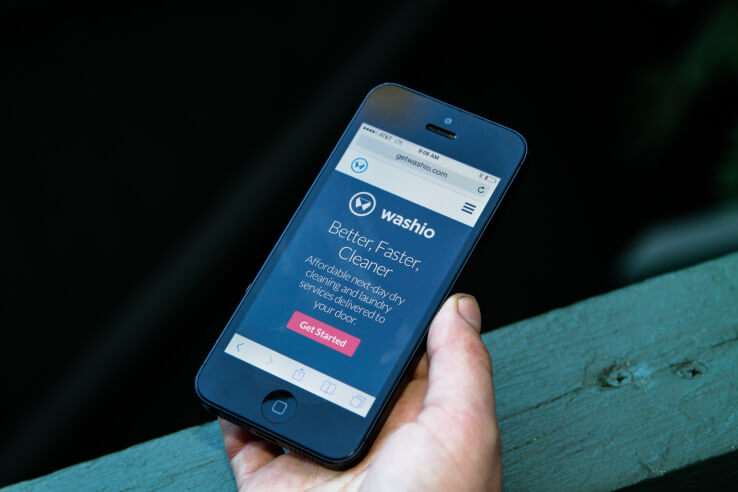 According to Crunchbase report, Washio raised $16.82 million in funding across four rounds. When Washio was launched, it offered an on-demand laundry service that would pick up customer’s laundry at a scheduled time. Then, in 2015, the on-demand startup launched Washio Now that guaranteed the laundry pickup in as little as an hour of ordering, with a 24 hour turnaround time on clothes.

The on-demand economy usually yields low margins and requires rapid growth to make up the cost, but unfortunately, Washio couldn’t make it.

On top of this, Washio had fierce competition over the past few years from Rinse, Flycleaners, and Cleanly which are also operational in New York.

Since Cleanly was launched, the on-demand space is facing difficulty in raising funds. Now, There’s an increased focus on profitability, rather than getting fundings in the early stages..

However, these difficulties aren’t lost on Cleanly. This is why the on-demand laundry startup is focusing on profitability to make sure they don’t suffer the same fate as Washio and other failed startups did.

Cleanly is hoping to achieve this by a slow and methodical expansion process. This is why, the startup is currently living in just 3 cities: New York, Brooklyn, and Washington. In fact, they’re already earning money in New York and about to break in D.C. which is their most recent city addition.

Moreover, while these funding will go to geographic expansion, with San Francisco next, it’s not necessary for Cleanly to expand before they can maintain sustainable margins in each new city.

Now, if you think about it, earlier laundry services provided excellent value to its customers. For example, people used to visit laundries having coin-operated washing machines where they could sit, relax, and have snacks while their clothes were being washed. But, the downside of this system was that people had to spend time and quite often they had to stand in a queue waiting for their turn.

Even if people preferred a dry cleaner, they had to take out time and visit them in order to get their clothes washed. But, all these problems have vanished on the arrival of on-demand laundry startups.

Entrepreneurs have successfully launched mobile apps by which a user can request to pick up dirty clothes and get them washed and delivered right at their doorstep.

It is often known as Uber for Laundry Service.

Today, this on-demand economy has been integrated so well that the old traditional laundry services have almost become non-existent.

Which Trends Changed The Traditional Laundry Into On Demand Zone

Today, consumers are now attracted to businesses like Uber that provide a full cycle approach. Easy booking, pickup, and delivery at the doorstep.

In addition, consumers now want to be updated about every step in the procedure. And, the transparent process being provided by on-demand business models can be considered as a turning point which changed the consumer behavior.

However, the second trend that changed is the industry’s crowdsourced supply. Instead of hiring people on a full-time basis, Entrepreneurs can now hire them as freelancers, even for specific time according to their availability.

Point is, integrating crowdsourcing supply in your on-demand laundry business will not only be beneficial to you, but it’ll be also beneficial for freelancers. You’ll have to pay much less compared to before and freelancers can happily work for you in their free time.

According to statistics of the year 2014-15, thirty thousand companies in the laundry business made over 10 billion dollars in revenue. All of these companies served a total of 30 million people.

Stats show that 70 percent of these 30,000 companies were retail laundry, while 30 percent were coin-operated laundry locations.

So, it is, without a doubt, a huge industry that got real growth potential. Moreover, the fact that on-demand laundry space have got so many investments clearly indicates the bright future of laundry business.

Below is the list of on-demand laundry startups that received huge fundings.

Laundrapp: founded in 2014 and received $5.9 million in funding.

There are many more on the list. But, let’s go through the business model for the on-demand laundry or the so-called Uber for Laundry sector.

If you’re new to the business world and don’t know how to start a business like Uber for laundry, first you need to figure out the technology solutions for your on-demand app like laundry pickup and delivery tracking service.

You’ll need to determine the target audience, list out your app requirements, approach a top mobile app development company that can create a mobile app within your budget.

In addition, you’ll also have to build a platform where freelancers can work for you in their free time. And besides all these, you also have to create an incredible quality and experience for your customers with speedy turnaround.

All in all, if you’re still dreaming about starting your own Uber laundry business, you should know the fact that everyone wants to wear clean clothes which makes the laundry industry evergreen and also highly scalable.

Remember, technology is already changing the world around us. And, even to this day, laundry is still a manual process that has not been automated as other things in society. So, if you can find such markets and tap into them with your brand new on-demand laundry app, just get started already.

Entrepreneurs today are constantly trying to discover such markets, whether you like it or not. So, if you’re still waiting for the perfect day, you may want to act now or you’ll be soon added to the list of people who always say “I had the same Idea, but I didn’t do anything about it.”

So, make your call and act now!

Have an Idea for On Demand Laundry App? We Can Help!

Want to Create an App like Uber for Snow Removal? Check Out These 3 Unique Features Before Developing On-demand Snow Plowing App