Want to Disrupt the Commute Pattern of Uber? 3 Lessons of Dott (Top E-Scooter App) Which Raised $34million Series A Funding 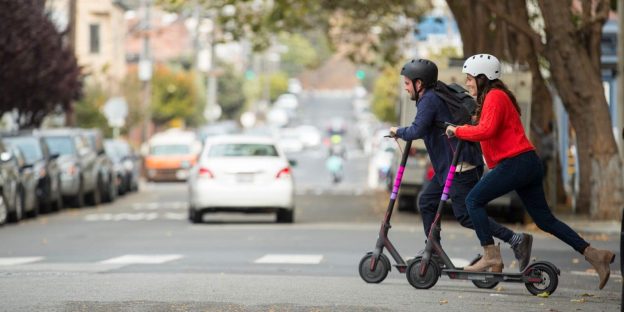 Escooters are the future for daily commutes from activity classes to offices and buying groceries. Being in the escooter sharing service, you are known to the fact of ‘fast transit’ which is a trending transport mode for Gen Z. Everyone likes their own mode of transport at a minimal cost. Your escooter app can be someone’s commute partner for daily routines. Thus, dive into the trending niche of escooters and get to know some interesting business tactics. Herein we have curated 3 lessons of Dott, the best electric scooter app startup, that has recently raised $34million to capture more of the escooter industry market, that you should consider for your escooter app development.

For commuters arriving by train from the suburbs, who is already late for his office and still has to walk half a mile to reach his workplace, is not interested in booking a cab or motorbike rides.

Probably, they want a more convenient last-minute commute solution that can save their walking time, and in that fraction of minutes, they can also finish some other work on their way.

Being an escooter rental startup, this is your chance to compete with other transport app goliaths like Uber, Lyft and provide solutions to daily commuters’ problems. The apps like Bird, Lime, Circ, Jump are already making the commute process easier by providing the mobility-on-demand solution in the form of e-scooter app.

Now, to join this growing green scooter apps, another popular brand has come into the limelight, Dott. This European micro-mobility startup has raised a $34 million Series A round (€30 million) that was led by EQT Ventures and Naspers.

The question may arouse in your head that on what basis are the investors roping in so much money?

To answer this question, we at Space-O Technologies, have studied some of the escooter industry statistics which clearly state the revenue generation and scope of the niche into the commute app market. 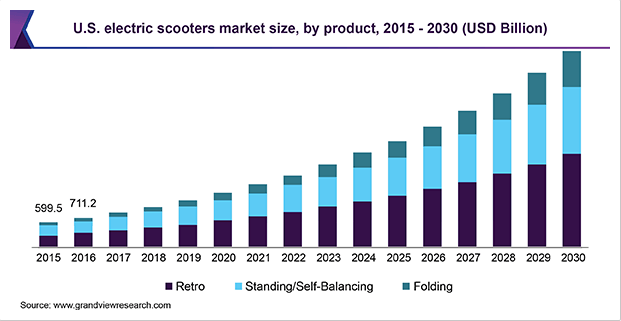 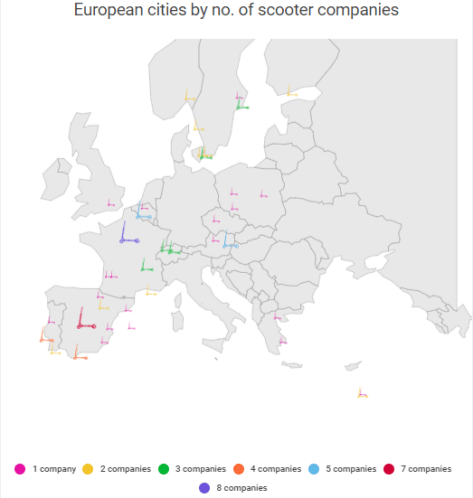 The escooter app niche has managed to become the next Uber of alternative transport. The Uber scooter has proven to be a promising last-mile commute service. With the growing population, the modes of transport also have to be increased. After looking at the stats of on demand escooter industry, let’s dive into the Dott app and its lessons

For electric scooter service providers, to create a successful escooter app, keep in mind these 3 lessons from the Dott app.

3 Lessons from Dott, for a Successful Escooter App Development 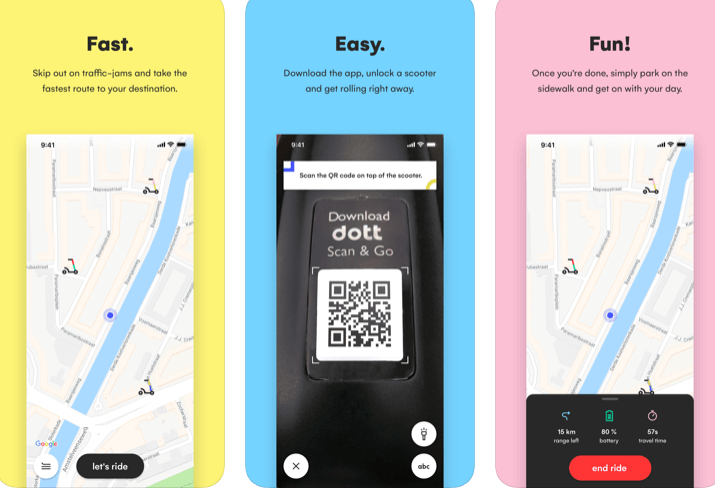 #1 Satisfy all legal standards by collaborating with the city officials

To keep yourself away from the legal battle, and be good in the eyes of law, it is apt for your escooter app development to collaborate successfully with city officials.

There are different road and safety rules of each city documented for escooter riding. Many cities don’t allow escooter rentals to operate within its boundaries. So, to be on the safer side it is important to avail the permissions from the city officials before deploying the fleet of escooters on the streets.

For instance, Bird app, the best escooter app, had not asked for approval from the local authority of San Francisco and thus, the business operations of Bird were banned in just a few months.

#2 Dedicated team responsible for the maintenance of escooters

You might be thinking that why should you hire a dedicated team instead of the gig economy model? The major difference between the two is responsibility.

Gig economy employees are either freelancers or part-time workers who don’t work as professionally as a hired staff. Of course, it reduces the overall cost, but it also degrades the quality of the service.

With your escooter app, the major sensitive business processes are managing batteries and maintaining the escooters. With Dott, the scooter sharing app startup is using IoT technology to remotely find the scooters that need charging & performance issues. It has a few teams that are roaming over the city to check the performance of the scooters.

To become among the top escooter apps, you need to hire dedicated manpower, that can function as quickly as possible to avoid ride mishaps to your online users.

For successful escooter app development, you need to work on your product’s features. If you are having a slightest escooter app idea, then work on its next-gen functionalities which will engage more millennials to the app.

Enhance and promote your escooter features through the app. Some of the important features of escooter app are:

We being the best Uber like app developers know exactly what will you need with your escooter app development. So far, we have developed over 54 transport apps with over 20 unique features as a contribution to the app stores. Thus, for more such features you can approach our app consultants.

If you are keen to know more about fleet management, in-depth transport features, or want to know how we are different than other app companies, you can easily cross-verify our experience & knowledge via  Uber like app development portfolios.

Are You Determined in Making an Escooter App Like Dott or Bird?

There is no room of doubt that escooters have replaced the other modes of transport. And, with the growing population, the time is not so far when these battery-operated electric scooters will be the only the fastest commute option around the cities.

In case, if you have any query or confusion like how much do Uber scooter cost, or, what is the importance of MVP (Minimum Viable Product) in electric scooters app development? how to make money with an app idea, app-connected scooter development, then you can get in touch with us through our contact us form. One of our sales representatives will revert to you as soon as possible. The consultation is absolutely free of cost.

3 Reasons Why a Scooter Rental Company Needs a Mobile App