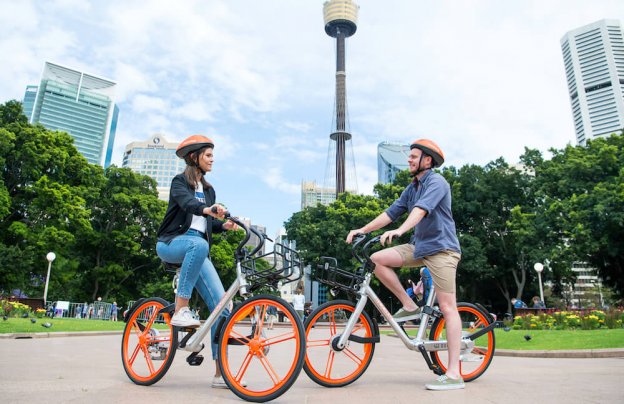 Being a bike-sharing services startup or an entrepreneur, if you want to know the reasons behind the success of Mobike, a successful bike-sharing app, you can check out this blog that contains three reasons why Mobike is thriving in the market. Let’s have a look!

Currently, bike-sharing programs have already swept the major countries like the United States, China, Spain and many other countries across the world. Two-wheels have completely changed the way we commute in the past times. However, over the last few years, dockless bicycles have been popping up on the roads across the major cities. In addition, dockless electric bicycle companies have made big changes in transportation services for better.

In addition, the popular GPS-enabled bike-sharing apps are Yellow bikes from Ofo, red bikes from Jump, and the green bikes from Lime. If we’re talking about the best bike-sharing apps, then we can’t forget to mention another Goliath in the bike-sharing niche that is – Mobike. According to the latest bike sharing report from TechCrunch, “One of the popular Chinese bike sharing companies, Mobike app has revealed the first time after acquisition by Meituan for $2.7 billion, and become the strongest in front of its rival, Ofo.”

The terminology “dockless”, which we’ll use frequently here, means a bike without a dock. Dockless – bicycles can lock to themselves or can be locked to rack. When it comes to dockless bike share, then it does not require a docking station. With a dockless system, bicycles can be parked within a defined district. The Dockless bikes can be located and unlocked using a smartphone bike sharing app.

Before heading to the top reasons, which would make you build a bike-sharing app like Mobike, it would be better to check out the latest insights of bike sharing growth. 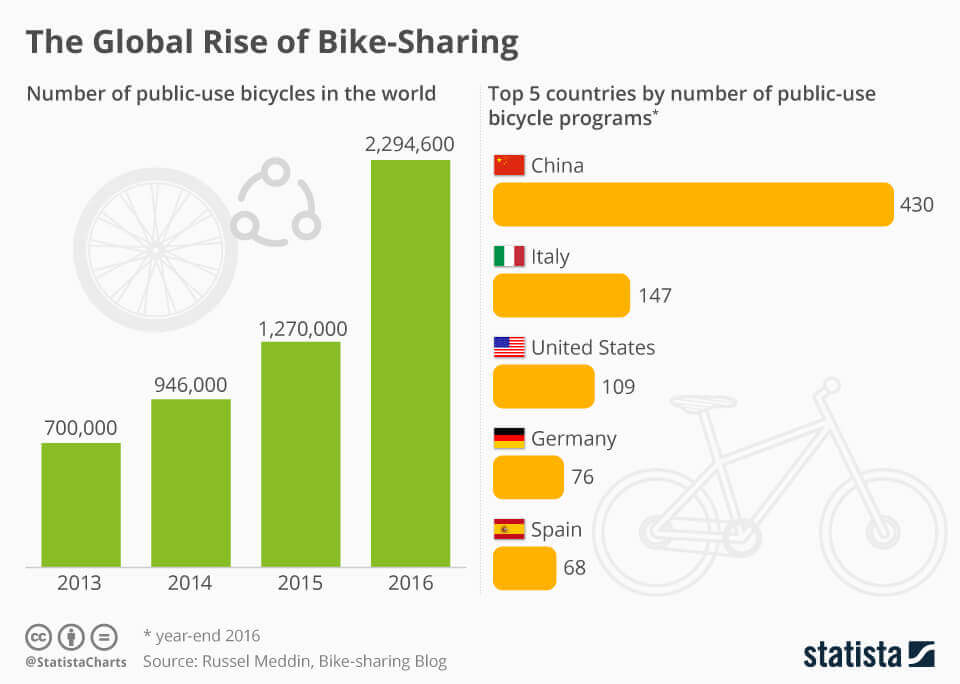 So, it is not a secret that there are a number of opportunities in the business under the category of “bike-sharing system”. The stats and trends are reflecting the continued growth. However, it would help you as a startup during bike sharing app development. 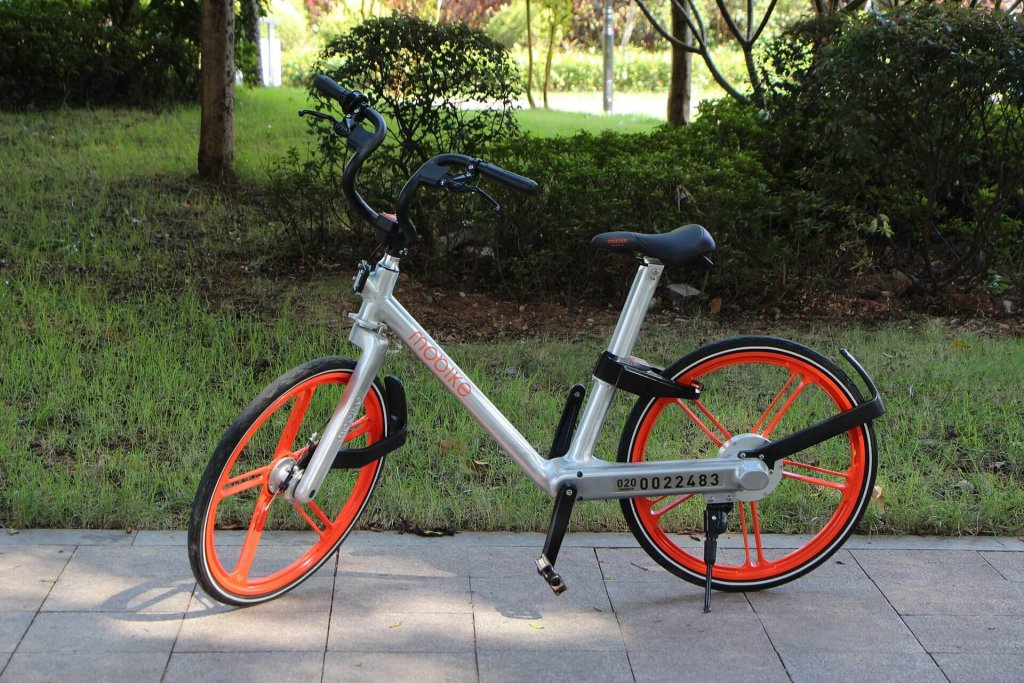 1. A Solution to Ease of Commute

One of the main reasons why Mobike is the successful bike-sharing startup in the market is that it has given the solution to one of the major problems that are traffic congestion.

Such problem has a real solution that is given by Mobike. The bike-sharing system has lessened such traffic issues as everyone can hire a bike with the help of bike sharing app.

The medium of commute is GPS-enabled bikes that are operating through a bike-sharing app, allowing users to hire the bikes on-demand. By including a few powerful features of the bike-sharing app like Mobike, you can make a handy and powerful app for your bike-sharing startup company.

A Chinese player, Mobike, has seen incredible success in establishing and building an app, and have boomed in the marketplace. However, the concept of shared mobility is responsible to offer ease of commute, and a clear vision for the future of cities. It also provides road safety to commuters.

Apart from China, Mobike is getting stronger in other markets like Washington, D.C., Southeast Asia, and Europe. As long as the market for bike-sharing is concerned, it is a growing exponentially. With GPS-equipped smartbikes, a bike-sharing app is responsible to provide accessibility to its commuters or app users. Moreover, it also allows urban residents to get more out of the places easily at an affordable cost. In this way, people naturally choose such service over public transport.

Also Read: This is How Bike Sharing System Can Change the World

As Mobike app has already shortened commutes by acting as a means of joining public transportation, the app gives access to everyone who commuting from interacity. Today, people prefer to commute through bikes because of providing a number of real solutions to a number of challenges faced by commuters in the past.

3. The Concept ‘Bike-Sharing’ is The Next Uber

As everyone must be aware of the fact that the Uber is recognized as one of the most successful business models. Also, there is no room for doubt in that apps like Uber are also a big hit in the ride-sharing niche. Now, it is a time of ‘bike-sharing’ concept which will be the next Uber.

That is why, this effective concept has solved several major problems, and provided solutions like replacement of cars and revel traffic congestion from major cities across the globe. Investors are also taking interest and investing huge money in the bike-sharing companies because of seeing the rapid growth of dockless bike sharing app like Mobike.

The Uber-like business model is famous among people because of its affordability and convenience. The same thing applies here as dockless bike sharing apps like Mobike has already provided solutions which add value to customers’ lives, but eliminating traffic congestion in cities. The bike -sharing concept is also revolutionary as what Uber offers. It is safe to say that the concept of bike-sharing or dockless bike-sharing is the next Uber.

Does Your Bike-Sharing App Idea Have a Potential to Thrive?

So, if you are planning to create a bike-sharing app like Mobike, then it can be a big hit and successful in the market, but make sure to make your app easy-to-access. If you have already finalized the app idea and want to convert it into a successful app, then you can cross-verify your app idea with us as we are a leading mobile application development company and have already developed over 60 ride-sharing apps like Uber.

In case, if you have any query or confusion regarding bike sharing app development cost breakdown, how long does it take to make an app like Mobike or how to make money with an app idea, then you can get in touch with us through the below-given form, and one of our sales representatives will revert to you with an optimal solution. Till then, you can explore the following apps, which are developed by us:

Why Do Apps Fail? Top 5 Reasons From The Industry Experts

How Mobile Apps For Business Is Becoming A Necessity?