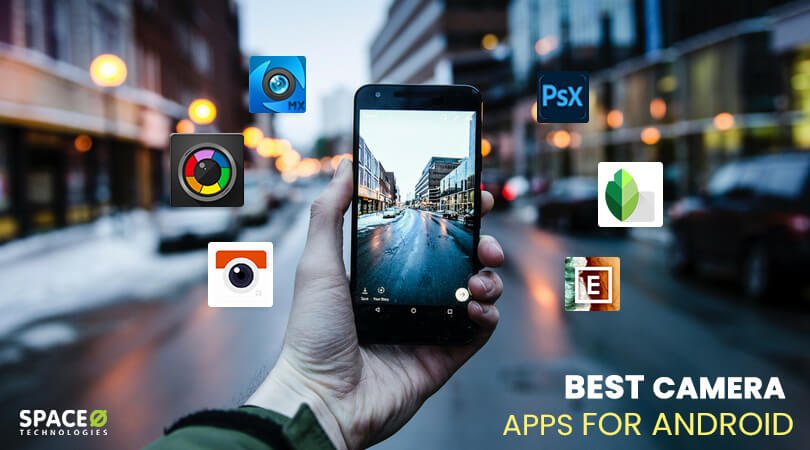 From regular people to influencers and celebrities, everyone is an unamed race of creating best content for their social media. This is why the cameras on the latest smartphones are a much bigger deal. People still use camera apps to create photos and videos of the best quality. As we are into the creation of photo editor apps, we continuously observe new applications. So we have the ultimate list of 14 best camera apps for Android.

Camera phones were no good with blurry output and slow shutter speeds. But today, The smartphone companies, in fact, are following every possible tactic under the sun to make their cameras work better in low light and add features that their users want.

The point is, cameras are quite important on smartphones nowadays, and despite the manufacturer’s best efforts, the default camera apps have not enjoyed the privilege of consistency. This basically resulted in users turning themselves to third-party camera apps for Android to get the most out of the Android camera and capture more stunning images.

Want to Develop a Camera App?

The collection of camera applications available to Android photographers is diverse, from apps that turn high-contrast scenes into HDR images to those apps that joint multiple images together to create collages & panoramic images.

In between, you’ll also find camera mobile apps which are mainly for portrait-specific, landscape-specific, time-lapse apps, and even apps that turn people into zombies.

Most phones these days have made their camera apps much better. The quality has been vastly improved. However, when it comes to video editing and photoshopping, third-party photo editing apps are better than regular inbuilt camera apps.


What are the features of photo-editing apps?


How many photo video apps have you developed?


We have experience of developing over 50 photo and video apps with a range of unique features.

While there are hundreds of different identical free cam apps for Android, but the above 13 are the best Android apps currently ruling the market. Although, it doesn’t mean that other apps have failed. Many of them earn their fair share from the market and are also useful to many mobile photography enthusiasts.

So, if you want to develop a camera app and have an idea for the best free camera app for Android, Camera app, Retrica pictures app, or photo editing app, and want to hire Android developers for it, just share your app idea with us. We have developed camera apps like TopIt and Gallery Guardian.

If you are looking for unique app ideas in the photo and video editing category or want to find out the cost of developing a photo editing app, feel free to contact us. One of our sales representatives will revert to you shortly, suggesting to develop the best Android photo apps solution.