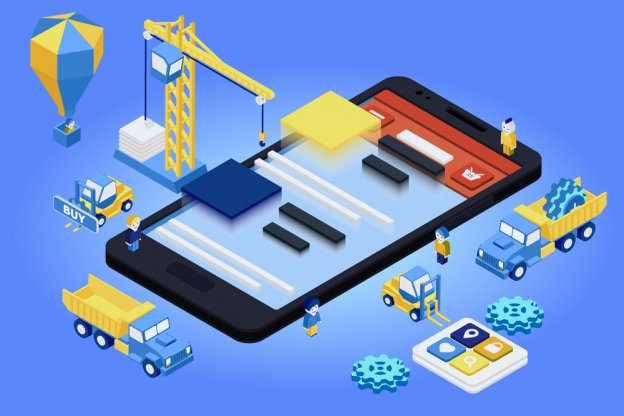 It’s been 8 years since the launch of App Store and 7 years since Apple’s pivotal “There’s an app for that” campaign, and today, how things have changed.

What was started as novelty items and time-wasting games have now grown into a critical part of our everyday lives and a booming billion-dollar business.

Today, mobile apps have been integrated into nearly every aspect of our lives. We use them to get where we’re going, to find a place to sleep, to order food right at doorsteps.

So, how far we have come exactly?

Since then, the app industry has grown more than most could ever imagine.

And the best part is…

Today, the average mobile app user spends about 30 hours on mobile apps a month on more than 2 dozen mobile apps. Given that, 46% of app users also reported that they have paid for their apps. And by 2017, the 268 billion app downloads will generate revenue of $77 billion. In fact, these mobile apps are projected to generate $188.9 billion in 2020, according to Statistica.

Today, the consumers are evolving more rapidly than businesses. And, Internet has become a necessity for many users.

The majority of app revenue is coming from paid downloads. However, it may not stay that way in future. Revenue generated from paid app downloads saw rapid growth in the past 5 years till 2016. It leaped from $7.1 billion to $27.6 billion, which is a 289% of increase.

But recently, this trend has leveled off and it’s forecast to stay that way. From the year 2015 to 2017, it shows only 7.4% increase in the forecast growth. 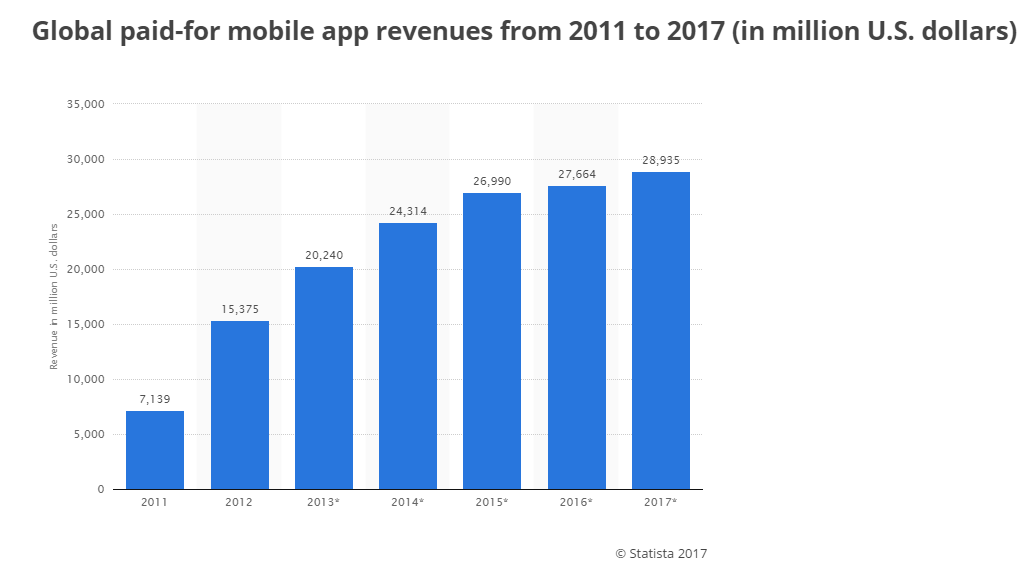 Does this mean the money is drying up?

Paid Apps: They make money by charging a fee per download or a monthly subscription fee.

Advertising: Here, the app makes money every time a user clicks or sees an ad.

In-App Purchases: Here, the app makes money from purchases that the user makes inside the app.

And the future (or at least for the time being) lies in the in-app purchase.

Worldwide in-app purchases totaled $24 billion in 2016 and this number is forecasted to increase to $37 billion next year. This amount is a whopping number of 50% increase.

The following chart will show the share of worldwide mobile app revenue from 2011 to 2017, by channel.

Apps in The On Demand Service Economy

One other possible future for mobile apps is that they expand itself into something more than apps. You might have probably noticed the service-based apps or the so called on demand apps – apps that act as an interface for a service-based business.

While all of them are technically apps, but the actual value they provide is something outside the app environment.

For example, Uber gives a car to take you somewhere, Instacart delivers groceries as per your needs, TaskRabbit gives you a personal assistant for a couple of hours.

In fact, as the mobile app market continues to grow, we may see apps more as an entry point for brick-and-mortar operations.

Wherever But Only Up

No matter where the mobile app industry is headed, one thing is for sure: App business will keep booming.

The mobile app industry has grown steadily for almost a decade, and this growth will also seem to be continuing in 2020s. And regardless of how the future plays out, the mobile app development is more likely to become an integral part of our daily life as well as the global economy.