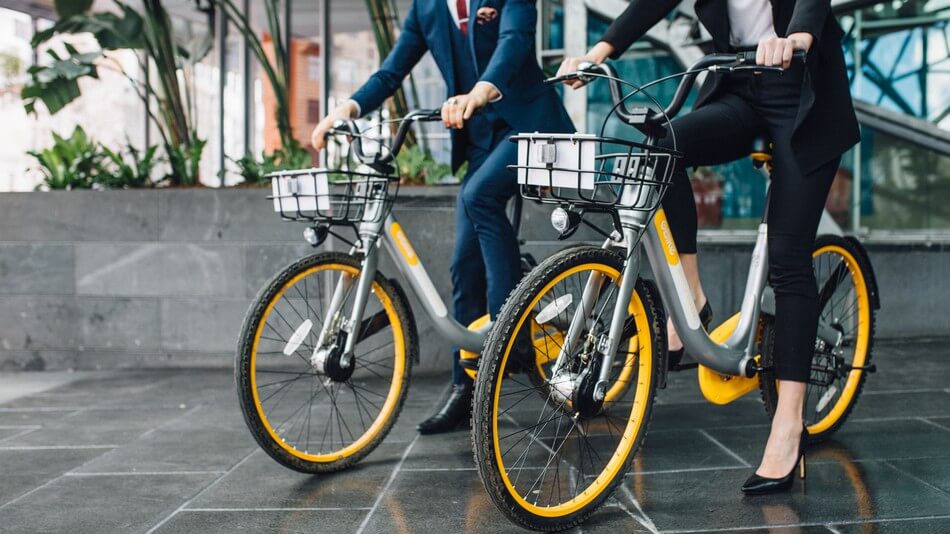 This blog is for those startups & entrepreneurs, who have ever thought to start their own bike-sharing systems like Ofo, Mobike, and Limebike. Read on to know how a bike sharing app can change the world.

Whether you are living in the USA, England, or Canada, you might have noticed that bikes are highly preferred by people for their daily commute. The apparently simple concept of a bike sharing application has indeed swept across the globe in just a matter of a few years.

In simple language, a bicycle-sharing system is a program in which various bicycle stations are set up, and people can rent a bike to use it for a particular time frame and return it at a different station.

The global bike-sharing services market expected to expand at a CAGR of 12.5% during the forecast period from 2018 to 2026, according to the latest report by prnewswire.com.

As you can see, cycling is welcoming as a dominant method of inner-city travel, so that we will see more of such bike shares soon, and it will have many positive impacts on the environment. Also, if you are planning bike sharing app development for your company, reading about these bicycle sharing systems will help you in scaling your bike sharing business as well. So, let’s discuss the best bike-sharing apps and get to know more about them.

Below we have listed the 4 top bike sharing companies and information about their revenue.

Ready to Launch Your Own Bike Sharing Startups like Ofo and Mobike?

Bike share services have set off business growth globally with more than 1,000 companies getting involved in the industry.

However, the large number of users are in the Chinese market and the growth potential of overseas markets are the biggest drivers of this boom.

Being a leading iOS and Android app development company, we can help you to develop a successful bike sharing application, like Ofo and Mobike with an exclusive range of features like maps to find nearby bikes, payment gateway integration, GPS tracking to track trip details, cross-platform ability, QR code integration, and multi-lingual support.

With the experience of developing 3500 custom mobile apps for small to medium enterprises, we can you with your business model.

Still puzzled and have any query like the mobile app development cost breakdown of e-scooter apps? No worries, you can get in touch with us through our contact us form.

One of our sales representatives will get back to you as soon as possible. The consultation is free of cost.