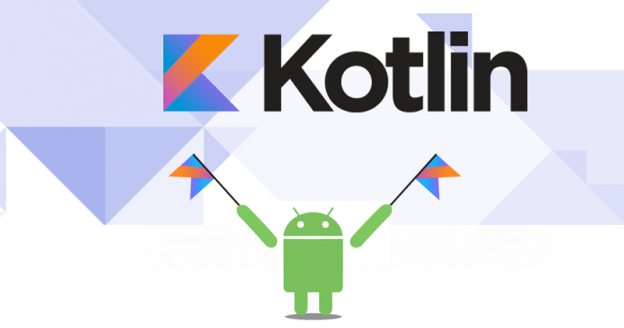 At Google I/O 2017, Google announced the new support of Kotlin programming language for Android, in addition to existing languages – Java and C++.

But how many developers are going to make the shift to Kotlin?

Will Kotlin surpass Java on Android?

As you can see in the image, Kotlin’s growth rate has already entered into a new dimension. The number of Android developers are learning and shifting to Kotlin increasingly. In fact, according to Google, over 50% professional Android app developers use Kotlin to develop their Android mobile apps.

Furthermore, it is also expected that Kotlin may even change how Java is used on the server. That means, soon, the Android app developers without having the Kotlin programming knowledge are at risk of being known as to be dinosaurs in the near future.

Besides, Kotlin is expected to make the Android App Development Process faster, considering the language is interoperable with Java. And the best advantage of new Kotlin programming language is the lesser number of lines of code.

There are, as a matter of fact, many more useful kotlin features, and in this blog, we’re going to uncover those features to help you improve your Android application development process.

Before we get to those Kotlin features, remember that these features focus specifically on using with the context of Android Application Development. Therefore, you should be familiar with using Kotlin with Android studio from Jetbrains.

The very first thing you should know about Kotlin is that it is an open-source programming language. But, apart from being open-source, Kotlin also provides a single-click tool using which, developers can convert existing Java code. And if you’re an Android app developer who is new to Kotlin and interested in learning it from scratch, we recommend starting with the beginner course available on Udemy.

The lazy-loading feature basically increases the startup time, which is very useful when using Kotlin for Android development. In simple words, it’s the best solution for all developers who want to reduce their Android app startup time so that their apps’ content can be shown faster.

With the lazy-loading feature, Kotlin for Android developers can load the only resources into main memory which are necessary. For example, if you have a shopping app, the majority of users will only browse your selection, that means you could have the payment API be lazy loaded.

The necessity of a class is always argued by programming language designers/makers. Typically, a data class in Java contains lots of boilerplate code which developers have to skip in order to find out the real use of that class. But now in Kotlin, Android developers can write the equivalent of the same Java code in a simple manner, and with lesser code. Therefore, the data classes in Kotlin are also known to be one of the useful Kotlin features.

We all know that when working with an API, we developers need to deal with collections quite often. But by using Kotlin’s collection filtering feature, it’s easier to tell what your resulting list should contain. In fact, filtering a collection using the built-in Kotlin is very comparable to other programming languages such as Swift collection types or Java 8 streams.

Extensions of Kotlin are very useful because they allow developers to add methods to classes without making changes to their source code. Just like Scala’s implicit methods, in Kotlin you can add methods on a per-user basis to classes. For instance, have you ever tried Activity had some method like Hidekeyboard()?

Well, with Kotlin extensions you can achieve it. Here’s how:

In fact, with Kotlin extensions there is no need to have utility methods or classes, which can improve the readability of your code drastically as a result.

We started using Kotlin programming language at the beginning of 2017 when Kotlin 1.0.4 was around, and we compiled these 7 useful Kotlin features to boost Android application development that we’ve learned up till now since we started developing Android apps using Kotlin.

We know that these Kotlin review features will surely give you a headstart in your Kotlin Android Development projects. But if you still have any doubts/questions regarding Kotlin vs Java, Android app development, how to outsource app development, how much does it cost to develop an Android app, how much does it cost to hire an app developer or how long does it take to create an app, then hire Android developers, just shoot your right away by filling out below form.