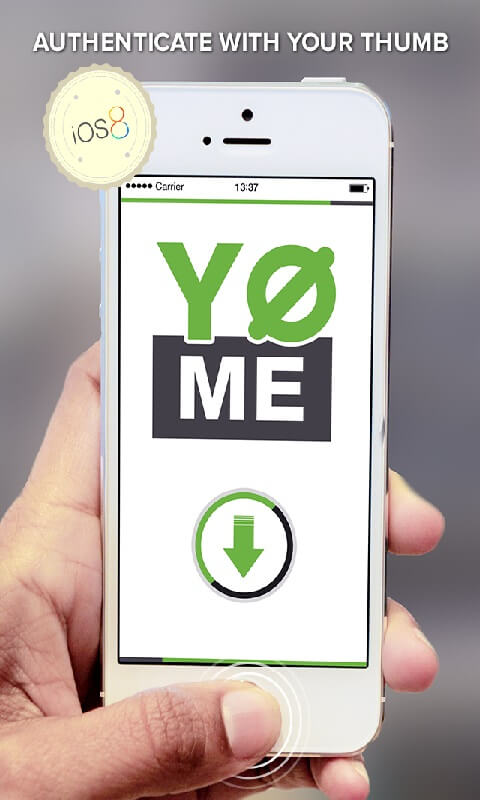 A lot of iOS8 news has been buzzing around the town! A lot of developers have been talking and speculating over the features that are going to be made available on iOS SDK kits with the iOS8.

Joining this bandwagon of speculations is the developer team at Space-O Technologies. Our team here is looking forward to embracing the all new iOS8. That’s not it! We are currently using our sources to work out the various features that are being awaited.

As a team, we are working on the “YoMe” app wherein we have beautifully integrated some of the most talked about iOS8 features.

Here’s a sneak peek into this beta version of the YoMe app showing the iOS 8 app in action:

An interesting amalgamation of the Yo app and the Snapchat app has given out this YoMe app from Space-O. Like any other app, you can build your own list of contacts using this app. You can invite or import the contacts into the app. Now, you can share; select photos with select contacts using this app. The photos thus shared would last on their screen for 3 seconds, similar to Snapchat, and will then fade away.

Unlike Snapchat, you cannot directly send or view the photos. You will need to use your touch Id to receive the photo, send the photo or even view the sent photo. This is how your Yo Me is different. Plus, in case you are not sending photos, you can always Yo at your friends using this app.

Currently our team has devised a beta version of the “YoMe” app to demonstrate the top notch iOS8 features. We have devised this app to introduce the features to the people in an illustrative manner; most relevant consumers include business enterprises and consumer groups.

As a lot of you are aware of, iOS8 is the latest update in the operating system that would be offered with the new iPhone version. The company has promised a lot of features accompanying this update which includes a whole new code called the Swift code along with others.

For this app, three iOS8 features have been integrated which are not just classy, but also quite promising. These iOS8 features are already in demand, even before the launch of the operating system.

For this beta app version, the iOS8 feature that has been used is the custom keyboard. It seems iOS8 finally decided to give into the insights it has gathered over a while. With custom keyboards you can: 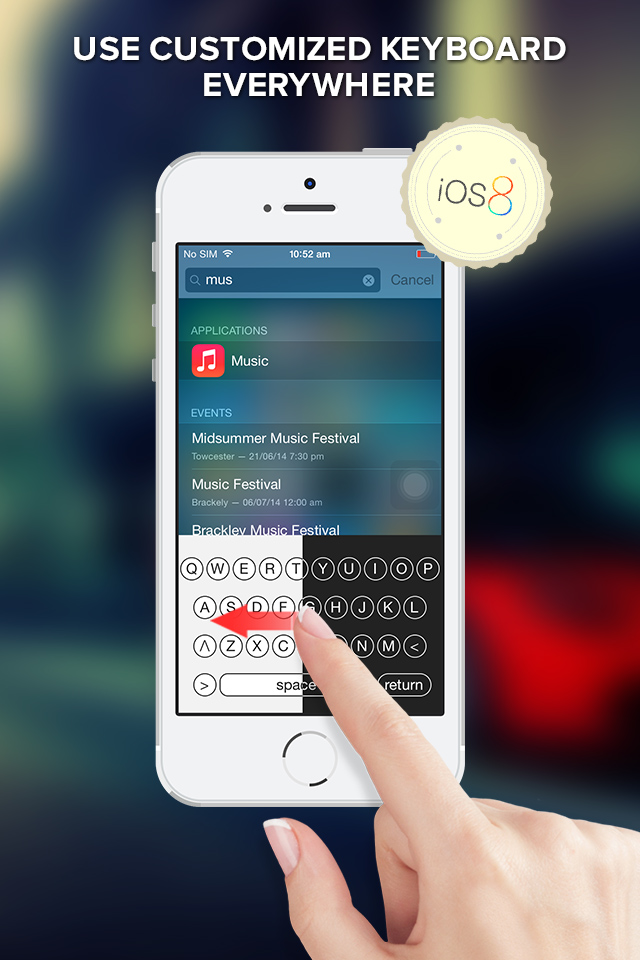 This keyboard has been easily integrated into the YoMe app.

This is yet another talked about feature that will be available with iOS8. With this feature the users can choose widgets for their Notification Center’s “Today View”.

This feature has been introduced into this app just to show how it works, and for enterprises and users to know how the feature proves to be useful. 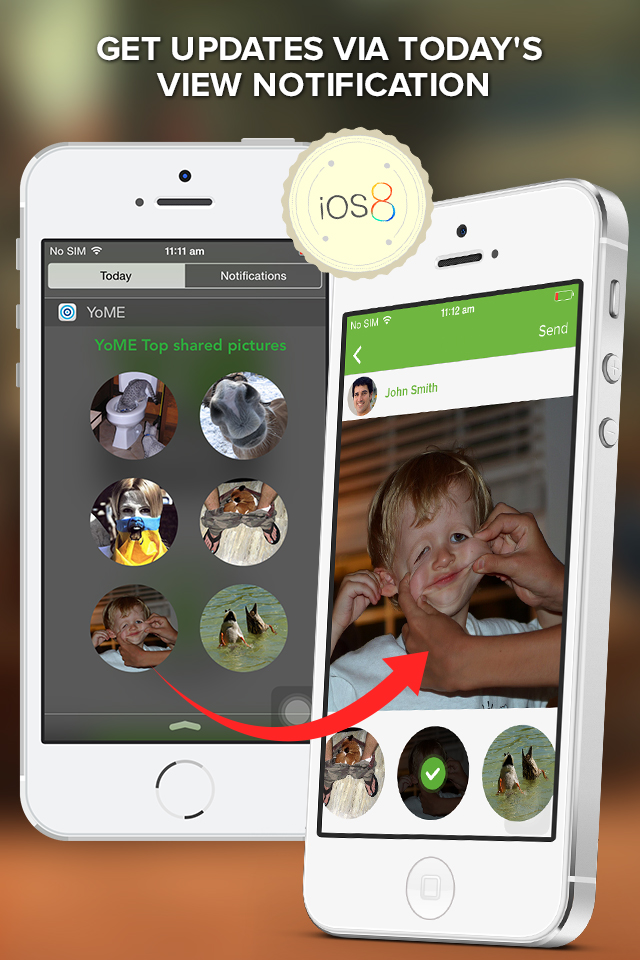 You can unlock to view or send the images or the yo messages by using the touch id. Initially it was just used to unlock the phone, but this app demonstrates how it can be used within an app too. This feature of iOS8 can be exploited in many ways. 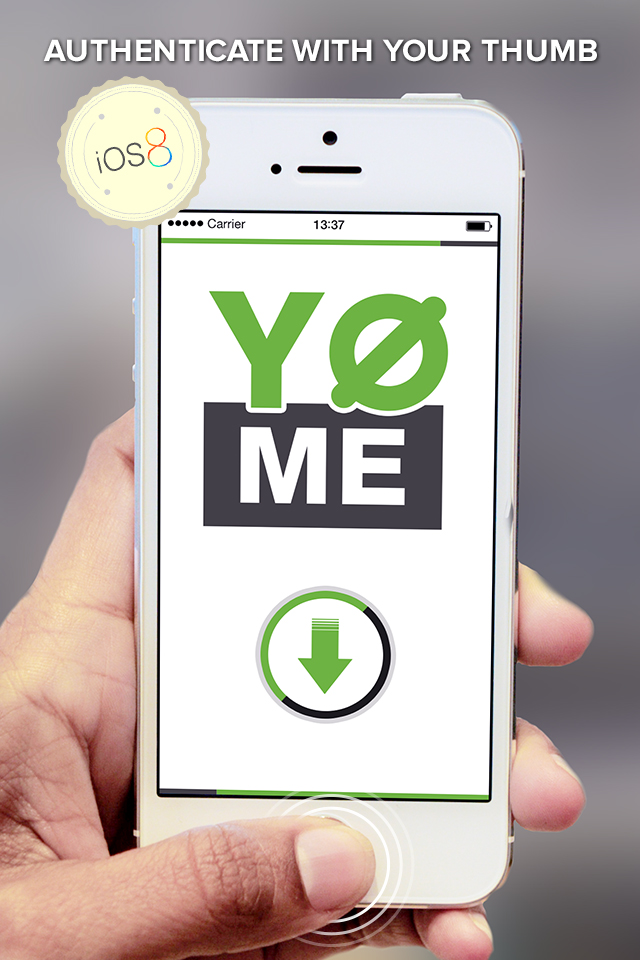 The Team at Work

At Space-O we have diligently worked towards paving a path for the features of iOS8 using this app. We have developed different modules as a team, and have integrated them in order to devise a single app. We, as a team, have worked hard to recreate the iOS8 features into the beta version of this app. Around 16 hours of good work has gone into building, testing and integrating this app. We have created this app using the Parse framework. 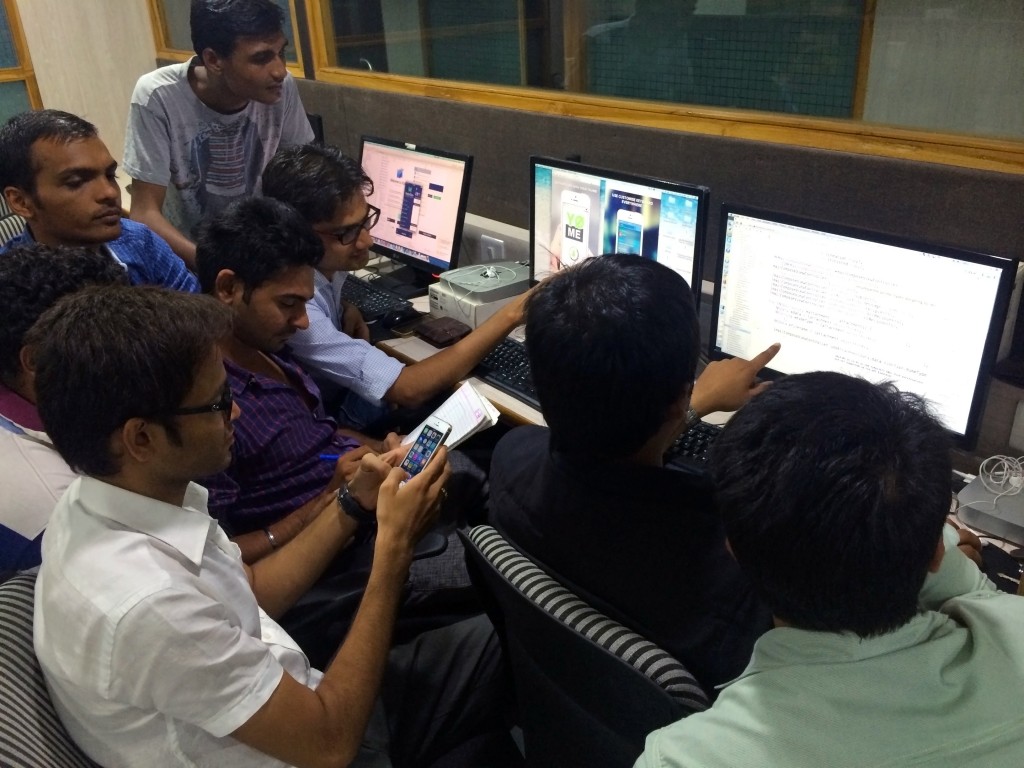 We keep moving forward, and doing new things. If you have any app idea that calls in for iOS8 features to be integrated, Let’s Try something new.