Why Yik Yak Launched Private Chat? [A must learn lesson] 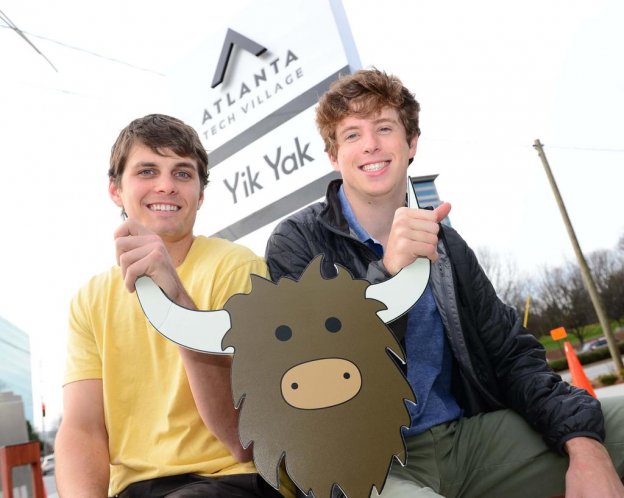 Yik Yak is only two-and-a-half-year-old, however, more than 1600 campuses are using it. Yik Yak had been downloaded 100,000 times a few months after launching. Today, it has many monthly active users. In December, Sequoia Capital has fought to lead a $62 million investment in Yik Yak at a valuation that approaches $400 million.

Yik Yak is all about assisting Yakkers to discover and develop local connections within their community. Yakkers using this application come together to do something awesome and give back to the campus employee.

Yik Yak is making the chatting easier among the people. Yik Yak, the social networking application popular on the college campuses, added chat features for users to take their talks to the private forum.

A feed of nearby posts is displayed by the application that users can choose to upvote, downvote, reply to or share. Moreover, users can also peek into other global forums, however, the application focuses on the localized chats.

Until Yik Yak added personalized handles, users were kept anonymous, as its first major shift away from the anonymous networking. Private chat option is available to those Yik Yak users, who has claimed a handle. Yik Yak users will get a notification that tells them you have invited them to chat. Once, your request is accepted by them, you can start your conversation. Before this update, users could converse, but only on forums that could be accessed by other nearby people, who are using Yik Yak.

Is Yik Yak struggling? Yes. It’s true Yik Yak is struggling with the vision that its growth has delayed, as some of the key employees, including its chief technical officer, its head of product, and a director of engineering have left Yik Yak. This application works as the kind of the digital bulletin board on the college campuses, however, its anonymous nature has meant that it struggles to create the stronger relation between users.

Chat function enables a user to create a real community. However, it is a double-edged sword anonymous chats typically lead to abuse. Thus, the company needs both users opt-in to chat – users have to invite someone to message to you privately, however, they can’t send them a message until they accept.

If you are the first time users of this chat feature, the company warns you against bullying, posting anonymous information, and spam. The company Says, “If your yaks are repeatedly reported or flagged, you will be suspended.”

Handles are the important part of chat and thus, you have to ensure that your handle is the one you want representing you.

Users can request a different handle through the app. They just have to click “More” and then “Contact Us” and choose “I want to change my handle.”

Additionally, Yik Yak wants their users to chat only with the Yakkers you choose to chat with. Therefore, they have an option of accepting or deleting any incoming chat request.

Looking for more information on blocking and other ways to maintain a positive experience on Yik Yak, explore newly-launched Safety Center.

Are you Finding Yik Yak an Interesting App?

If you are thinking to develop Yik Yak clone, you have made the right decision. Yik Yak is one of the fastest growing applications among the college campuses, so developing such type of app increase customer base and revenue. This application has monetization channels so one can earn maximum from it.

The best advantage of developing Yik Yak clone application is you can add more features that you have thought. Apart from existing features, you can delight your users with other features as well.

Get Your Own Yik Yak Clone App with Private Chat Feature