With the Y Combinator fervor still on, and everyone looking at the future of the startups that pitched for monetary assistance; at Space-O, it is time for a flashback.

Y Combinator has always helped a good idea to grow, since the beginning of its existence. And many such ideas, that were given monetary assistance and a 10-week long training at Y Combinator are now making the world a brilliant place.
In fact, Y Combinator is a perfect place to launch your early stage startup.

One such startup is Airbnb. Surprised? This is barely the beginning.

Airbnb as a Startup

Airbnb started as a necessity for two people, renting a house, with very little money to pay. And all they had were a few Airbeds and some food. As they say, one sells what one has to sell. The two founding members, Joe Gebbia & Brian Chesky, attempted their hands at selling their airbeds and homemade breakfast. Surprisingly, it worked.

2 men and 1 woman came to their house, knocking like opportunity itself. Giving $80 each, they gave the much-required boost to Joe and Brian allowing them to think further on this idea.

They called in their former roommate Nathan, who allowed this idea to go big, by creating the website named ‘airbedandbreakdast.com’. The site officially launched on August 11, 2008. Launching this website at SXSW, they got 2 more bookings.

Their own house was pretty small for idea so big to work out. So they chose to move around in NY and ask people if they wanted to rent beds and breakfasts, clicking pictures of those houses that said yes. Even though the pictures were not up to the mark or beautiful, they started earning 200$ per week. Sometimes later, however, they ended up getting stuck at earning $200 per week only.

They also tried something new and innovative with the breakfast bit of their promise. Making cornflakes in the name of the 2 presidential candidates, of the time, they earned a lot. “To help fund the site, the founders created special edition breakfast cereals, with presidential candidates Barack Obama and John McCain as the inspiration for “Obama O’s” and “Cap’n McCains“, ” says Wikipedia. In 2 months about 800 boxes were sold and a total of 30000$ was earned from mere cereal-selling. 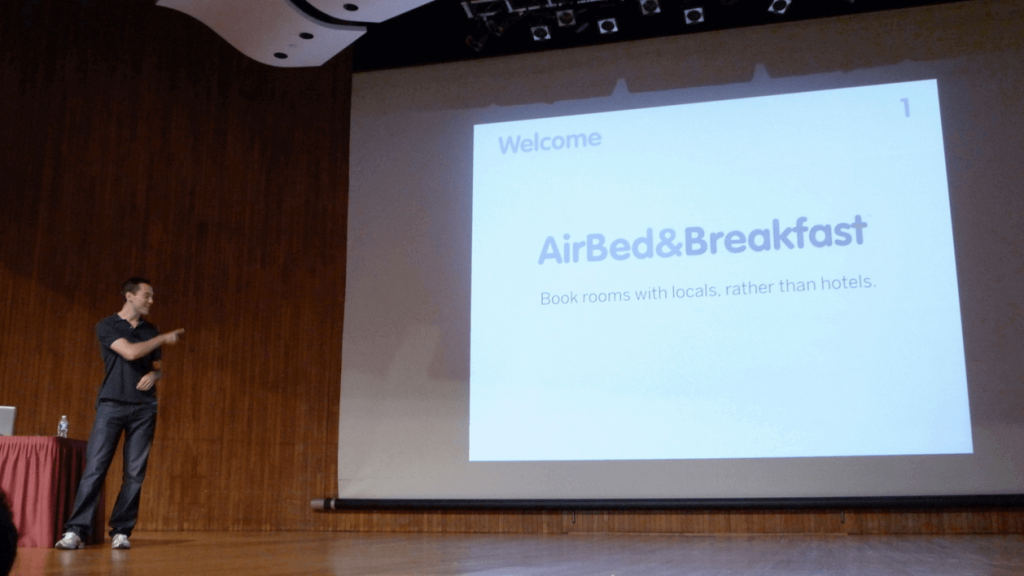 It was during this period that Y Combinator’s Paul Graham came into their lives. Airbed and Breakfast was catching the attention of people had all the signs that they could grow. Right at this time, Paul Graham called the founding members for the winter session, of Y Combinator, including 3 months of training and the final pitch in front of the investors, for seed funding. Growing a lot and learning too, they nailed the presentation and that’s when their lives took a turn. In 2008, Airbeds and Breakfast earned a whooping $20000 funding.

Giving a shake to the normality, they took this money to grow big.

This investment and training did the magic for them. They started earning $400 a week. This growth was not just monetary. They also grew to include more properties and facilities as a part of their website. These new services included entire homes and apartments, private rooms, castles, boats, manors, tree houses, tipis, igloos, private islands and other properties. As the range offered grew, so did grow the customers and their loyalty towards Airbeds and Breakfasts.

In 2009, Airbeds & Breakfast got its now famous name of Airbnb. Even though they offered much more than, as compared to what they used to offer, the name that got them famous, remained as it was. they also got a new logo for this website representing Airbnb.

Even after failing at the famous VC, Fred Wilson in NY, they did not stop to take a second look. Working from the house that gave birth to this business, the 15 employees of Airbeds and Breakfasts gave it everything they had. Soon they got an office space in the name of Airbnb, which spatially landmarked their development.

Fulfill a need with a little bit more than expected

The growth that Airbnb has seen, is remarkable. It gives us a lot of inspiration. But what pushed Airbnb to go global was that seed funding that Y Combinator provided, along with the bit of training, grooming, and polishing on handling the product.

Y Combinator has played an important role in the life of all those, who find convenient and cheap rooms from Airbnb to rent. And now, in 2015, it is still there standing up for new startups and polishing their products for their better future and ours. Today, Airbnb has hosted over 35 Million guests in 34,000 cities around the world. This little idea today is now valued at $25 Billion.

Startups’ New Belief: “Patent First” – Is that Much Important for Your Mobile App Idea?