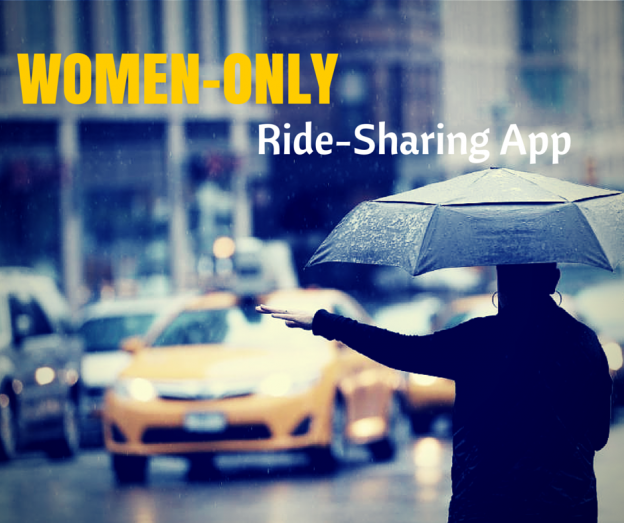 NEW YORK – “This is a man’s job. Go home and cook.” Can that statement sound any more discriminating?

Women in New York have probably heard similar statements quite often, and more so the female taxi drivers in the city.

Earlier it was only the yellow cabs, black livery cabs or the green cabs, that women had to opt for risking chances of being sexually assaulted. Now, they have better options. The recent cropping up of all-women ride sharing mobile applications has changed the way women perceive safety and empowerment.

The new Women-Only ride sharing app may not be traditionally associated with women’s empowerment but it works to promote exactly that. The apps is similar in concept of Uber and Lyft, but it comes with a difference.

Ride-Sharing apps like SheRides and RideSqirl offer taxis driven by female drivers for female passengers only. Recruited drivers are between the ages of 21 and 70. They are trained in combating domestic violence and rape situations, and sometimes offer free and discounted rides in times of crisis. The fare is collected via the app; riders can either use a credit card or a debit card to make the payment.

The primary benefit is that the apps give women the freedom to hire a cab at the touch of a button; wherever they are, not matter what time it is, they get to hire a safe ride home for themselves. That’s one less thing to worry about!

App developers of all-women taxi services have made transportation safer and easier for women. Statistics show that over 30% of women in the recent past have come across unwanted sexual advances while commuting. Apps like Women-Only reduce this number to a great deal. It’s like the freedom to go for a female gynecologist if they are not comfortable with a male doctor.

The fact that there are only 5% of female cab drivers currently on the streets of New York is synonymous to the lack of gender diversity found all across the US. A women-only ride-sharing service is not only an effective way to change the male-dominated transportation industry, but it also broadens the perception of how we see a stranger.

All-women ride services are likely to expand in other cities like Chicago, Washington, Miami. They exist in other countries as well. The expansion means more recruitment, more empowered women, and safer streets.

Cristina Velos, who became an all-women taxi driver after 17 years as a hotel housekeeper thinks that there’s more opportunity in this industry. “You have more time for family. You feel more comfortable. You never have a supervisor.”

Positive response from women has made Startups, Entrepreneurs around the world to sit up and take notice of the rising trend. Also, after stories of Uber’s sexual assault on its female riders flooded the news, of security for women has become a legitimate pursuit.

You can create your own SheRides like all-women ride sharing app and be a part of this change. Contact us with your ideas, and get a detailed estimation today.

Why You Need Technology Partner for Your Magazine App Development?