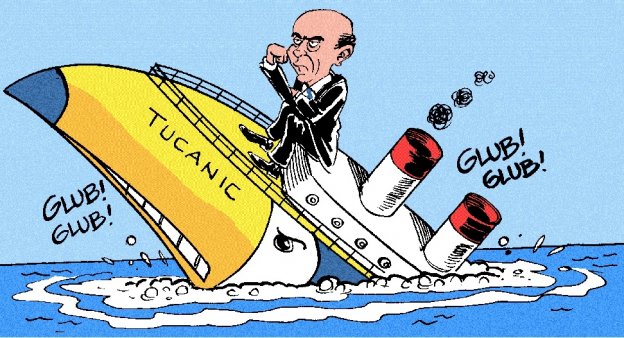 Mobile apps! They are becoming a certain something that is sold in the market for a few bucks. Isn’t it?

NO it isn’t. The thing with apps is that, you need to make an app that matters. An app that does not just add to the line but stands out and makes a difference in your life and to the lives of the people who are affiliated to your firm.

However, it is not always easy to make the right choice all the time and one mistake from you and you are let down from your app. This makes your one last attempt to make your business startups or successful enterprise a failure.

According to Gartner, “Less Than 0.01 Percent of Consumer Mobile Apps Will Be Considered a Financial Success by Their Developers Through 2018.” This is a depressing data in the world where people are using apps as pulleys to lift themselves and their business up.

According to Herald Sun, “The study found that only 18 of 200 of the most popular preschool applications in the Apple Appstore claimed to be developed using educational expertise.” If apps in an area are made without actually going in depth to research, and/or making field trips, then the app that does come out to be, feels incomplete and less worthy of being used.

An app named ‘Shapes Toddler Preschool’ by Toddler Teasers went the down way because of incorrect strategy. This company has sold more than 1 million apps, but failed teach anything to kids due to little educational value.

Why Does This Happen?

Why Are You Making an App?

We know that to those of you who are still to make an app, might be wondering, why did such a question occur in our mind. isn’t it? Well most enterprises that make an app have a reason for doing so. Whether they want to provide their services through an app and not just websites or because they wanted their brand name to be on everyone’s mind. It can be one amongst the thousand possible reasons and even a silly reason is fine.

However, making an app without knowing where do you want to make use of it or who is your target audience, can be destructive. This kind of an app will basically end up being in all four directions, without making any sense or serving any purpose. Apps made without any logic whatsoever do end up failing and takes down with it the firm itself.

Even today, people who are trying to decide between the choices of whether to buy or build an app. The issue with this is that people take too much time in making the choice and therefore, at the end take a hasty and incorrect decision.

We would suggest building an app as against buying, not just because we can help you in making that app. You obviously do not want to adjust to an app that may or may not be able to fulfill all the expectation that you keep from it. In order for you to keep up with the resizing of your needs according to the app available you may even need to use two apps instead of one. Building an app of your own expectations and needs makes a perfect solution.

While making an app you may also be posed with this question, do you want to build your app in the Native platform or the Cross platform?

We would suggest the Native way of making an app as it makes apps specific to the phones and OS. This allows the users to apply and utilize all the features or functions of the phone they own. It also makes them happy feeling that the app was made keeping in mind the users too. While in cross platform app development tool, one app for all platforms is the case and your app cannot become specific to any phone.

The Facebook app was launched as a part of using the HTML5 platform. Now, however, Facebook has gone Native too. According to Mark Zuckerberg’s interview to TechCrunch, “The biggest mistake that we made as a company is betting too much on HTML5 as opposed to native because it just wasn’t there…since we’ve done the iOS app we’ve seen double the amount of feeds people consume.” You should learn from facebook’s mistake too.

Executing the launch of the App, without having the Required Skillset:

Sometimes it is possible that you may have a great app build in front of your eyes. You know this app is going to work wonders for you. But it fails. Why?

Because the app was not launched properly or the marketing or the publicizing of the app or the reason why it is made may not be done properly. The app can only do its work if it first gets downloaded and that cannot happen only on its own. People with the right skillset and the right vision must be given the task to get the app enough promotion.

Now comes the most important point amongst all. An app with bad UI/UX limits the app user base instead of enhancing it. For this you need to choose the right app developing company. With a thousand and more companies flooding your city or state, you need to be careful while making the choice.

The idea of your app may be great even new and original but without the right development company all that is worthless. Without proper and good User Interface and User Experience, everything you did for this app to realize, will lose its worth. As said a bad UI/UX is a death by thousand cuts.

Security (Too Much or Too Less):

As mentioned in the above mentioned point, the most important thing for an app is the user experience. If you make an attractive app and then keep about 50 layers that the user has to pass through to access his/her data then it is probable that your app will be replaced by another one. While on the other hand if there are no security protocols followed, then the users may not be able to trust this app and the data feed in the app at all.

So it is important for the app makers to strike a balance in the security systems, instead of hyping it up or not giving it any importance at all.

These apps are important for you, your enterprise and the users as well. They need to be picture perfect. There is a need for entrepreneurs, especially those who are starting up, to remember the things, problems and solutions mentioned above. If even one of them are messed up with then that can actually add to consequences which can lead to your app failing. Ignorance of even a single issue can be the reason for the failure of your startup business and mobile strategy.

Choose Well! Choose Space-O! Talk and allow us to listen.

App Related Solutions FAQ, Now At Your Doorstep, Your FAQs Our Answers

Want to Create a Fuel Delivery App like WeFuel, Filld or Booster? Don’t Overlook These 4 Handy Features to Make Your Uber for Gas App Successful