Why Emoji Apps Are Earning an Enormous Traction? And How You Can Develop it? 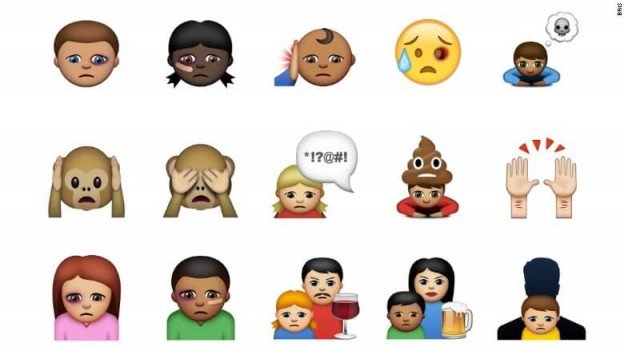 Half a million of Facebook posts and over 31 million tweets revealed that positive emoticons can be a social media status marker.

Recognized as the “picture characters”, Emojis have become an unavoidable part of our daily lives that inbuilt into an application or handsets. Jumping to the latest emojis trends, there are many people, who develop emoji apps that let you share your emotions through emojis or stickers.

Mirror, A San-Francisco based startup, is looking to diversify the way people share emoji on social media. Recently Mirror its beta app version on iOS and Android platform, allowing users to use Mirror Emoji Keyboard & convert selfies into custom emojis. The beta version of the Mirror app will let users to create a number of custom emojis with different expressions.

Mirror AI has used face recognition technology to create a keyboard of emojis and stickers. Using artificial intelligence, it finds unique characteristics from an existing image/selfie, and turns it into an emoji.

An emoticon might be the next best thing for the celebrities to reach out their fans. Recently, Amber Rose’s Muvamoji earned more than $2 Million on its opening day and also giving tough competition to the popular emoji application, Kimoji.

The Success of BWA Emoji

Gates has had a massive start to 2016 by debuting his Islah album at No. 2 on the Billboard Top 200 chart. Gates proved that he also has a solid fan base, extensive touring and significantly consistent music that solidifies himself as a legit star after bubbling on the periphery for the last five years.

However, in the same week, Gates’ album dropped as Rihanna’s ANTI project sold 112,000 copies. The former XXL Freshman said that an Apple employee told him that he should have debuted at No. 1 while the high sales and chart placement were a testament to Gates’ music, hard work, and hardcore fan base.

Most of the celebrities like Amber Rose, The Game all have one, Kim Kardashian and Now, Kevin Gates introduce emojis application and got success as well. However, below emojis are banned, as it has a sprite bottle and cough syrup that said to make the drug “lean.”

This emoji was banned – pic.twitter.com/LjEd3Y0P3I

It’s time to develop emoji applications for iPhone and Android

Sending Emojis is the best to express ourselves more accurately and thus, many celebrities have developed emojis app to increase their fan-base and stay connected with them. It’s time to develop the best emoji app or Japanese emoticons app for iPhone and Android if you want to expand your business through user-base.

We have developed Tunermoji Application for our client, who wanted to develop a keyboard with emojis and stickers for the automotive fans. Emojis personalizes your chat and makes it interesting.  TunerMoji application works with all types of messaging application where copying and pasting of images and GIFs are possible. Having more than 300+ tuner style emoji and stickers, TunerMoji has QWERTY keyboard for easy messaging.

Contact Us to Convert Your Emoji App Idea into Perfect App.