Why Do Some Consumer Apps Overshadow Others? 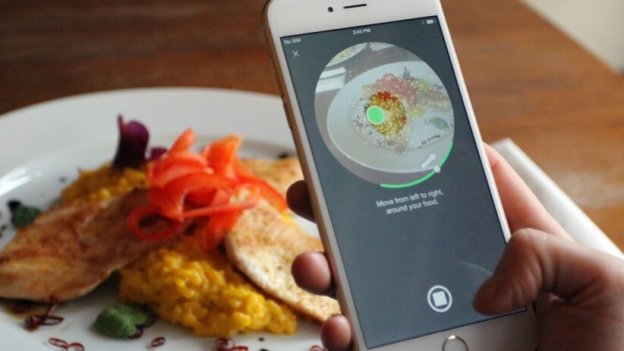 In a nutshell, not all the consumer apps get the chance to get invited into every humans’ smartphone. And if they do take an entry in the mobiles of others, they do get send back after a use or two. It is only a few privileged apps that take the red carpet walk into users’ smartphones and never walk out.

So the question is; Why are some apps retained while others uninstalled?

Here are some of the reasons why some consumer apps rule the AppStore, Google Play Store and Windows Store as top charting apps, while others lay at the bottom:

Most of the app developers or app makers think that the more complex an app the more it will be loved. Praise The Lord Halleluiah! No it won’t. When app users try something new, something different they want it to be simple and not full of complex ideas, they can’t even make out.

As the quote by Jason Fried (Basecamp founder) goes, “It’s simple until you make it complicated.” Experimental users generally like apps; the ones they are using for the first time, to start working with a couple of taps. It is only when they understand the app that they can enjoy it.

Striking a balance between Saying and Being

The obvious reaction to that will be frustration and an immediate uninstallation. The apps that actually work well with most of the users’ always strike a balance between what the description says about the app and what the app actually is. By doing so, the users’ don’t feel betrayed and in turn show their loyalty to the app too.

It is not necessary for apps to work if they are majorly simple or truthful. With the above mentioned aspects, it is also important the app is useful or fun (in the case of games) and there by addictive. Without much ado, let us look at some of the apps that have surpassed every other app because they are addictive.

Criminal Case: Allowing the user to create an imaginary world around them, wherein they are all detectives and need to solve one case after another. No one can get over it.

Facebook: Post the fame of the Facebook website came the launch of the Facebook app. If the human race has seen addiction it has been associated with Facebook. And now it has reached a level wherein no one even logs out; trying to always be in touch with their social life.

Flappy Bird: How could one forget this addictive game? At the time of its launch, this app became the app with most downloads in a very short time. Very soon this game was removed by the developers from the store, because it was a problem for being extra addictive.

None of the startup apps had any money to do marketing. So how did they become so famous? It is as simple as this; they made a fantastic app and then let the users do the talking. Even in the real world, many products get a push up when their initial clients spread a word about their arrival. The same rule applies in the virtual world; one person uses the app and converts three others to do the same and this process goes on until the app becomes so famous that it needs no introduction at all.

Most of these famous startup apps target a small group or community of people and then from there grow out to becoming internationally famous. For example Uber started in San Francisco and then spread out slowly and steadily. Another such example is Facebook. Starting specially for the Harvard college, it then spread to all the colleges of U.S.A and from there to conquer the entire world.

Apps that Space-O created and are currently widespread

Croak It!: Croak It is an app that allows anyone and everyone to record a song, poem and anything that your imagination cooks up; anywhere. (See more)

Glovo: Glovo is a Spanish app made specifically for Spain, which helps anyone in any task they need help in. Need a quick Snack or want to get a groceries shopping done? Tell Glovo and the Glovers will do it all. (See more)

According to a survey by Appster,

“The vast majority of users who download an app, only use it once, before they delete or abandon it. Only about 16% try out an app more than twice.”

These poor figures are consistent because most people still do not want to change. They change the idea, but not the way their app is build.

There is a need for more people to understand how the consumer app industry works, especially if your app is a startup app. However, if there is a need for guidance and queries to be solved then we await for your message.

How to Select Your Mobile App Development Platform Well?