What, When, Where and Why Node.JS? 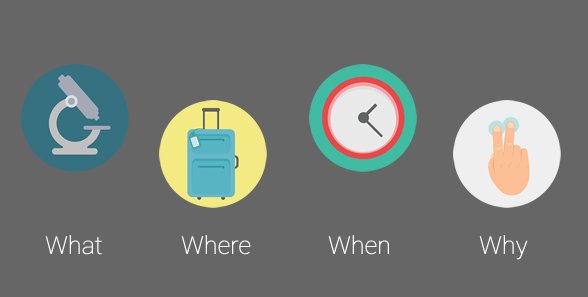 After a delay in the release schedule, finally, Node.js 8 became available on May 30 – 2017 with new and exclusive features, including support for the V8 5.8 JavaScript engine, a new experimental Node.js API (N-API), Buffer API changes, an experimental JavaScript API for the Inspector protocol and several other improvements.

The new version also comprises the 5.0 version of the npm client. Based on the current development timeline, Node.js 8 will officially reach Long Term Support (LTS) status in October of this year. Node.js has a goal to “provide an easy way to build scalable network programs”.

Node.js is a runtime system for developing server-side applications. It is popular for JavaScript coders to develop real-time Web APIs. However, Node.js is not a JavaScript framework, but some authors also have written excellent frameworks for node.js like Restify.js, Express.js, and Hapi.js. 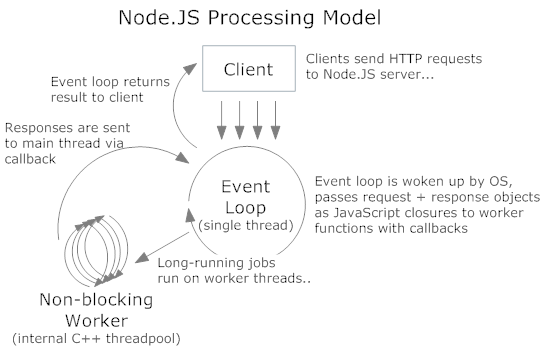 Node.js is the best suited for applications with many of concurrent connections and each request merely requires very few CPU cycles, as the event loop (with all the other clients) is blocked during execution of a function.

Reasons to Use New Version Node.js 8

The all new experimental Node.js API (N-API) is the major improvement over the existing Native Abstractions for Node.js (nan) that will enable native add-ons to be compiled once on a system and used across multiple versions of Node.js. users should remember that since the N-API is experimental in Node.js 8, they can expect essential changes in the implementation and API.

In Node.js, the Buffer API has also got some changes like calling the deprecated Buffer(num) constructor (with or without the new keyword) will return a zero-filled Buffer instance. The earlier versions of it would return uninitialized memory that contains extremely sensitive data.

After that, a new collection of Buffer construction methods was introduced in Node.js 6 that was as an alternative to calling the Buffer (num) constructor; however, it is used widely throughout the Node.js ecosystem, making it impossible for users to completely deplore it without causing major breakage.

Now, zero-filling new instances of Buffer (num) by default will have a huge impact on performance. Moreover, the zero-filling buffer will help with security and privacy of the application and prevent information leaks.

Thus, developers should adopt the new Buffer.alloc.Unsafe (num) API if they wish to assign Bufferinstances with uninitialized memory. However, there are not any plans to remove the Buffer(num) constructor from Node.js, the constant use of it is deprecated.

// Send messages to the inspector

You also need to remember that the inspector API is experimental and can change pointedly.

The all new Node.js 8 is the next release line that enters Long Term Support (LTS) and it will happen from October 2017. It will also get the code name Carbon after the current release transitions to LTS.

However, the earlier versions were referred as v0. 10, v0.12, v4, v6, etc., whereas the team has dropped the v in Node.js 8 to avoid any kind of confusions with V8, the underlying JavaScript engine.

In Node.js 8, the inheritance command line debugger has been removed. Node-inspect has been integrated directly into the Node.js runtime as a command line replacement. In addition to this, the V8 Inspector debugger that reached earlier as an experimental feature in Node.js 6, has been upgraded to a completely supported feature.

Check out the latest video of Node.js 8 Tutorial for Beginners

Where Should Node.js Be Used?

Engaged as a server-side proxy, Node.js can easily handle a huge amount of simultaneous connections in a non-blocking manner. It can be used for proxying different services with various response times or gathering data from multiple source points.

Using Node might be helpful if your proxying infrastructure is non-existent or you are looking for a solution for local development through dedicated proxy servers to be existent. This mean is helpful to build a client-side app with a Node.js development server for assets and proxying/stubbing API requests. Moreover, in production, you can manage such interactions with dedicated proxy services like Nginx, HAProxy, etc.

Chat is one of the most typical real-time and multi-user applications. There are many proprietary and open protocols, running on non-standard ports, that have the capability to implement everything in Node.js with web sockets that run over the standard port 80.

The chat application is one of the best examples of the data-intensive application in Node.js that runs across distributed devices. Being a lightweight, it invites high traffic.

HTTP requests and responses are treated like isolated event in traditional web platforms. In actual, it is a stream that can be used for developing some excellent features in Node.js. It is possible to process files while they are still being uploaded, as the data comes through a stream and we can develop it in an online fashion. Such things could be done for real-time audio & video encoding, and proxying between various data sources.

API on top of an object DB

Node.js actually works with real-time applications. It’s quite a natural fit for revealing the data from object DBs. Node.js is allowed by JSON stored data to function without the impedance discrepancy and data conversion.

Node.js Can Be Used for Server-Side Web Applications

Node.js + Express.js can be used for developing classic web applications on the server-side. However, this request-response paradigm, in which node.js would be carrying around condensed, HTML is not the most archetypal use-case. There are some influences to be created for and by this approach. Here are some important things to consider:

One can develop it in JavaScript top-to-bottom if your application doesn’t have any CPU intensive computation. Even, it can down to the database level, if you use JSON storage Object DB like MongoDB. This simplifies development significantly.

A fully-rendered HTML response is received by crawlers, which is more SEO-friendly than a Single Page Application or web sockets app that run on the top of Node.js.

Node.js shouldn’t be used for developing server-side web applications that work around relational DB behind or heavy server-side computation/processing.

You must be thinking why node.js, aren’t you? You can take advantage of Node.js when your case doesn’t contain CPU intensive operations nor access any blocking resources.

Want to create Fast and Scalable Network Applications? Contact Us.

Why Emoji Apps Are Earning an Enormous Traction? And How You Can Develop it?