Want to Build the Next Instagram? A Guide to Developing Billion Dollar Photo App 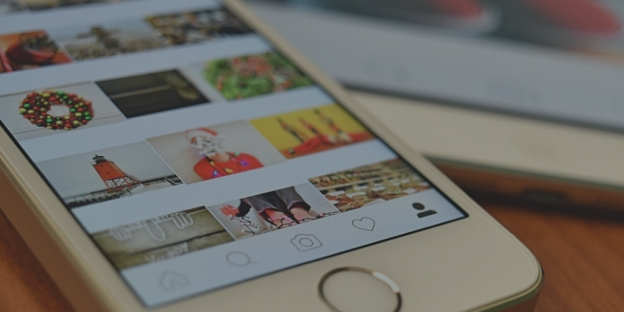 Suppose that you were on your deathbed. Would you be able to say that you have lived your life to the fullest?

Inspiration hit Chad Mureta when he was in the hospital fighting for his life, going through therapies and rehab only to be able to walk again. What inspired him was a book on the business of app developers which instilled in him the idea that Apps are the next big thing!

And so began his second innings; he had finally found his true calling. In just two years he had created and sold 3 app companies and generated revenue in millions. Today Chad is a successful billionaire and entrepreneur with at least 40 mobile applications to his credit, more than 35 million app downloads, and whose annual profits are in billions. He lives his life doing what he loves, goes hiking, trekking, mountain climbing, is a certified skydiver, and doesn’t take life too seriously.

This success story only points out the obvious: Mobile Apps are the future, courtesy of the successes of the likes of Instagram, a photo app that continues to ignite the imagination of people giving them the liberty click, edit and share their images with the world.

When Instagram was bought by Facebook in 1 billion dollars earlier this year, it officially consolidated this era as that of photo applications. Photo apps like Pinterest, SnapChat and Tinder have been gaining more popularity lately; all social media now integrates photo sharing plugins to adjust to the shifting demands.

These are disruptive innovations that shatter the existing market to build a new one with immense value to set new trends. Their vast potential is an opportunity for anyone who understands what it takes to make an app successful.

According to a new study conducted by Simply Measured, a business data analytics company, 54 percent of the world’s leading brands are connecting to its customers using Instagram. It is estimated that by the year 2015, there will be more mobile internet users than wire-line internet users in US alone. The European mobile app industry is expected to be worth almost £ 53 billion by 2018.

In spite of all the hype and promise, not many know how to develop something that can have such massive influence on users. Let’s discuss step-by-step the formula for app development and sales optimization as elucidated by experts:

To get the feel of an app market, the App Store is the right place. Developers seldom understand this concept and instead study only those apps which are successful. The App Store tells you which ones are top paid, top free, and top grossing applications.

No Harm in Following the Suit of Successful Apps

One of the mistake developers make is to try to make original apps even though they are not in alignment with what the market currently demands. Emulating an existing app and taking it to a new level is always a welcome step towards creating a breakthrough mobile application.

Once you have the idea for your app, and have done the market study, your task begins. Now is the time to give your ideas a tangible form. Use sheets of paper to draw and design your application as its first draft. You can also use Photoshop to draft your first impressions. Whatever feels comfortable. It will give you clarity of all its features and functions.

It’s nothing tricky. Registering as a developer doesn’t mean that you become a programmer. You become officially eligible to publish apps and offer apps for sale to any of app stores like Apple, Android or BlackBerry.

Coding your own app can be messy sometimes, esp. when you are not a professional programmer yourself. Screening potential programmers may be a lengthy process, but not a futile one, since you would eventually get the right results.

Brainstorm with your Programmer

Before you share your ideas with them, ask them to sign an NDA to protect the rights of your intellectual property. Hire the best programmers and periodically review their work.

Instead of allotting the entire project to the programmers at a time, begin by giving them smaller tasks, and then gradually ramp up the workload.

Once all the coding is done, the app is almost ready. Just like buying a new house needs thorough inspection, selling a mobile app too requires app testing. Don’t be the sole tester of your app because knowing it too well can be disadvantageous. It is crucial to know how a third person views the product, what features are intuitive and more can be done to enhance its functionality. Your testers can be anyone between the age groups of 6 and 80.

Send the App to the App Store

Your programmers will guide you to submit the app to app stores across various platforms. The App stores will review it for you within 3-10 days.

Ever wondered how poorly designed apps get good rankings? Effective marketing of your apps involves focusing on key aspects like icon, screenshots, app title, app description, keywords, and categories. In addition, free apps get more traction among users. Advertisements within apps is another way of marketing the paid versions.

In summary, this is the first time in the history of technology that we have access to so much knowledge, and innovative tools at our disposal.

So, you have just gone through with the important points, which you can keep an eye on while developing apps similar to Instagram.

Why leave for tomorrow what you can accomplish today? Take a step forward, and convert your dreams into reality today itself.

In case, if you still have any query or confusion on developing apps like Instagram, then you can get in touch with us through the below-given form as we are a leading iOS app development company and one of our sales representatives will revert to you within 48 hours.

How to Implement Android Toolbar to Display Different Activity Navigation