This post includes information for tech startups or entrepreneurs. Herein we’ve curated 4 important features, which you can consider during video on-demand app development.

The subscription on-demand video apps like Netflix and Hulu have become so integrated into our lives as we do use other essential on-demand apps like Uber to book a taxi. Well, this niche has been experiencing a sudden boom from the last few years, especially these apps, which are named as Netflix, YouTube, HBO NOW, Hulu and Starz.

Before heading to the main section of this post, let’s first check what latest reports from Sensor Tower Store Intelligence say about these on-demand mobile applications. 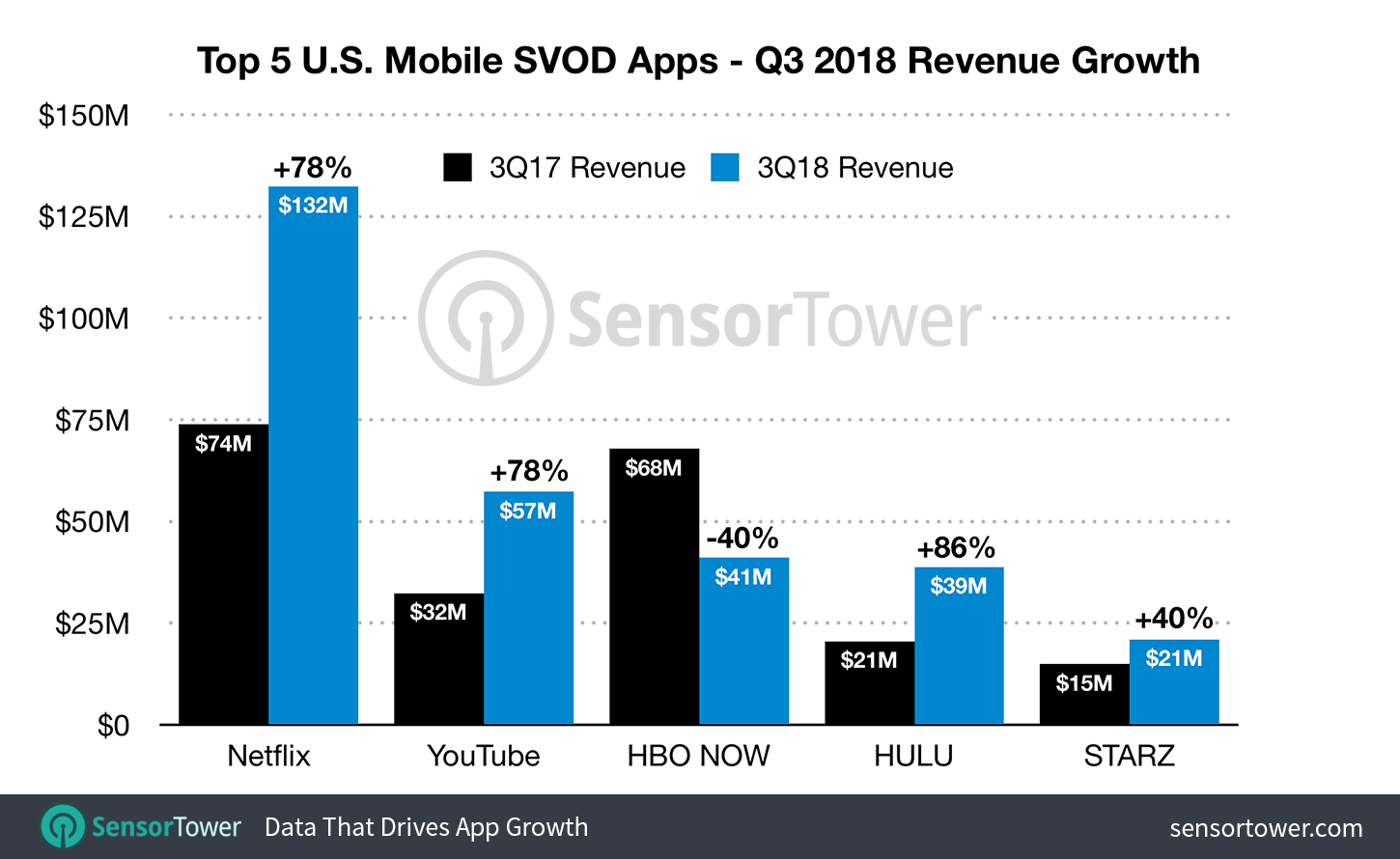 Want To Create An On-demand Video Application Like Netflix and Hulu?

Well, you have gone through with the latest reports, including revenue growth of subscription video on-demand apps in 2018. Let’s check out more about how strong this niche is.

The video on-demand services let users video-on-demand apps like Netflix or Hulu to decide when and where they want to watch the TV series or movies.

If you want to create subscription based video on demand apps like Netflix, Hulu, or YouTube, then you need to check the following statistics. According to Statista:

Should You Go With The Subscription On-demand App Development?

Being an on-demand video startup, if you have ever thought of creating a video on demand application like Netflix, Hulu, or YouTube, then it is high time to go with it. Before taking any decision, you need to check this graph. The entertainment industry will experience a boom in near future. Moreover, live streaming is going to be the future of this sector. Therefore, it is safe to say that you need to embark on the subscription on-demand app development.

If you are having an app idea on the video on-demand apps like Netflix or Hulu, then you can cross-verify it with us as we are a leading iOS app development company and we’ve already developed over 60 on-demand video-streaming apps along with unique features and functionalities.

Want To Develop An On-demand Video Application Like Netflix and Hulu?

In case, if you have any queries or confusion regarding on-demand video streaming video app development, how much does it cost to Netflix like apps, how to make money with an app idea, or mobile app development cost calculator, or what is the app development timeline, then you can get in touch with us through our contact us form. One of our sales representatives will revert to shortly. So, just share your idea and our team will come up with a plan to make it a real product that is running smoothly.