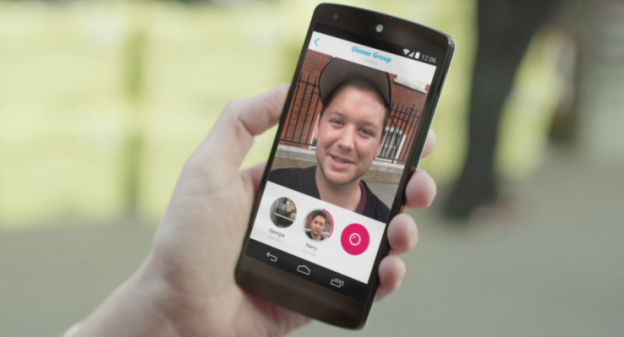 Techcrunch Disrupt NY 2016 will be crowded with Influencers, Innovators, and Investors of Video Messaging Mobile Apps.

One of the hottest topics of 2016 is Messaging and thus, Techcrunch Disrupt NY 2016 is excited to announce that Ted Livingston, the CEO and founder of the popular chat application Kik, has confirmed as the speaker at an upcoming TechCrunch Disrupt event in New York from May 9-11.

Kik was the earliest mobile messaging application like WhatsApp that becomes popular in its genre. Back in 2014, the company was one of the first to introduce bots while Microsoft and others came after it. Kik focused on adding new services like drink/food ordering, payments, etc. by working with selected brands that charm to its users. However, the actual earning of the business made through messaging service.

Chat apps will come to be thought of as the new browsers; bots will be new websites…the beginning of a new internet. https://t.co/J1MxLcsNOs

“Chat apps will come to be thought of as the new browsers; bots will be the new websites. This is the beginning of a new internet.”

Talking about the recent counts of the chat application, there are 275+ million registered users from which 70% of them are aged between 13-24 years. Approximate 40% of all teens in the US are using Kik’s service, claimed by Kik. That makes some biggest messaging app makers, Facebook, Snapchat and others to think about Messaging service for the future.

Casey Neistat and Matt Hackett are the founders of Beme, an application that enables people to create 4-seconds of unedited video to send to their friend. Alternatively, friends can also send their unedited reactions to them.

The idea itself is disruptive app idea in photo & video category app.

Released in 2015, Beme (pronounced “beam”) is a video messaging app, which is quite similar to Snapchat. This video sharing app raised $2.6 million in seed funding led by Lightspeed Venture Partners within a week of its release.

Beme application enables to record a video through the rear camera in four-second bursts. Rather than, clicking on the record button and watching the screen seeing what you are capturing, you can simply use iPhone’s proximity sensor, which is the little dot next to the front camera.

Neistat’s YouTube videos credited with millions of views and its daily vlogs has 250,000+ hits in first few hours of being live. Neistat’s work also features Nike, J.Crew, and Mercedes. Neistat has admitted that he takes more than 3 hours for his daily 10-minute vlogs. His videos are carefully designed camera shots and edited marvelous to grab users’ attention.

Have You Shared a Photo Online This Week? Don’t You think Its Outdated?

People are taking a lot of time to pose and prose the right amount of awesomeness while still preserving an air of graceful authenticity. This self-taken click and editing are what PSFK 2016 speaker Matt Hackett and co-founder Casey Neistat sought when developing Beme, a video-sharing app to create a video without editing.

However, users are looking for such content pro that explains his techniques of running his disruptive model, Beme, and his YouTube channel.

Startup Battlefield participants pitch such companies live and onstage to influencers, investors, and innovators of the tech community. TechCrunch is going to recognize such companies to demo and play for a prize of $50,000 and the coveted Disrupt Cup, which was won by Fitbit, Mint.com, Yammer, and Dropbox, among others before.

Disruptive tech startups always trembling markets in an effective way like Virgin Galactic, Zappos’ shipping strategy and cosmic disruption. Being a disruptive always change your life and something that TechCrunch NY 2016 offers in this event.

Space-O Technologies proud to work with startups and love to discuss their disruptive idea. We believe every startup idea makes the world smarter and happy living place with photo, fintech or chat applications.

Contact us Now to Execute Your Mobile App Ideas.

Is Security Compromised Within Enterprise Mobility?