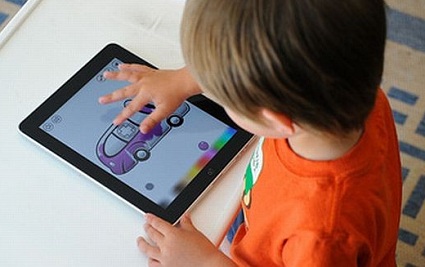 It was the most famous educational tool of our time. But, as you probably know that Education is one of the most evolving industries, which is why we’ve invented lots of innovative tools and methods for education.

Education is a must for everyone, and it’s the only reason we’ve schools, colleges, universities, and classes. However, these days the education is not limited by the four walls of a classroom. We have now new ways of comprehensive education.

Out of all these new ways, mobile apps for education have become most popular. Mobile apps are making our lives a lot more easy and fun. Today, we have best educational apps for kids, which help them in learning new and interesting things.

This evolution of educational mobile apps supports a number of gadgets including smartphones, tablets, laptops, and desktops.

Apart from this, what’s even more interesting is that in 2020, worldwide m-education spending is projected to reach $37.8 billion U.S. dollars, up from $3.4 billion in 2011, according to Statistica.

But unfortunately, Apple has decided to drop the support for 32-bit apps in its iOS 11 update later this year. According to Sensor Tower, 8% of all apps on the App Store will become obsolete.

Now, this small percentage may sound insignificant, but there are actually 19,765 educational apps in the Apple App Store that would become obsolete after iOS 11 update. 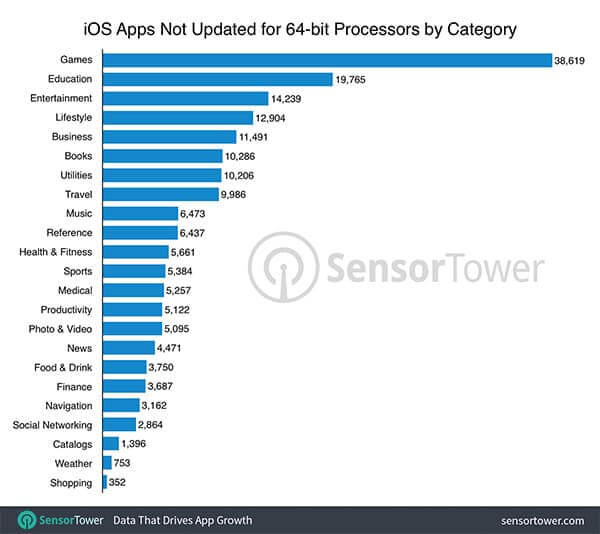 However, the launch date for iOS 11 update is likely to set in the Fall, so app owners still have time to update their ancient apps from 32 bit to 64 bit to work with iOS 11 devices.

In case anyone fails to update his app from 32 bit to 64 bit, then the new Apple devices with iOS 11 update will soon not run any of these 32-bit iOS apps. In fact, if you attempt to open a 32-bit iOS app on an iOS 11 running Apple device, the app will refuse to launch with a message stating that the app needs to be updated. 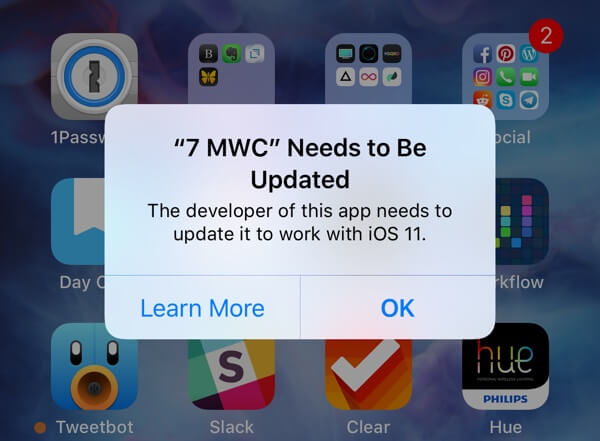 How to Make Sure Your App Doesn’t Become Obsolete…

Now, since Apple has made it compulsory to update all 32-bit apps into 64 bit, it would be wise if you can update your app before the iOS 11 update rolls out officially. In fact, there are other benefits of this too.

Last week, we also wrote a well-researched article about the benefits of updating a 32-bit iOS app into 64 bit.

Bottom line is if you’ve any 32-bit educational app or any iOS app in the different category, and looking out for options to keep your iOS app up and running on Apple App Store even after the iOS 11 update, then there is only one solution. It is to hire iPhone app developer, have the developer convert your iOS app into 64 bit, and re-submit it on the Apple App Store.

If you’ve any further queries, fill out our contact us form and we’ll reach out to you soon.