A Closer Look to New Uber Transportation Partner “Facebook” – What’s Strategy Behind It? 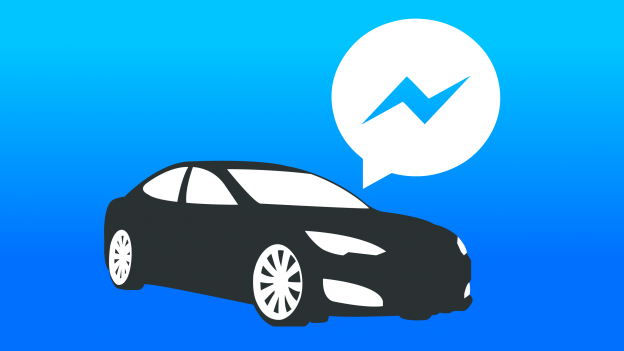 Do you know Facebook has around 1 billion registered accounts?
Is it a fair deal for Uber to connect with Facebook and make them a Transportation Partner?

Uber is already in 120+ cities globally, has more than 8 million users, and more than 1 million automobiles and drivers registered. Now, these tech giants have connected to provide a ride through Facebook Messenger without leaving conversation in-between. Uber is the first transportation partner with Facebook to launch seamless riding service.

These services provide a “huge marketplace” for Uber, however, don’t you think that the downloads of Uber app will decline. Messenger is powered by Uber’s API that enables its millions of users to sign up for Uber with one tap and request a ride, all without to download the Uber app.

What’s a surprising way to tell your beloved that you’re on the way to meet then by ordering Uber ride mid-Facebook chat?

Good news for people, who want to reach their destination by requesting a Uber ride directly from the Facebook Messenger. Recently, Facebook Messenger got an update with new “Transportation” feature that surfaces Uber rides. However, Lyft, a ride-sharing competitor will join in January 2016.

How to Order a Ride?

Get started by downloading the latest version of Messenger. Now, tap the more (…) within a conversation and choose transportation.

You can search directly from for Uber. Or you can also tap the car icon to request a ride for yourself. After that, you will receive updates on your driver’s status and tell your friends that you have called a ride. Lastly, track and pay for a ride in Messenger and enjoy your ride.

Wait! The best part is remaining. You can enjoy your first ride using Uber via Facebook Messenger for free (up to $20)!

This isn’t the first time a ride sharing app shakes hand with a messaging app. Previously, WeChat, a messaging and calling app that used outside the U.S. Moreover, it also allows to book cars through China’s Didi.

However, Tencent, WeChat’s parent company, blocked users from Uber booking. However, Facebook also claims this collaboration wasn’t encouraged by WeChat. Facebook product manager Seth Rosenberg said, “For us we’re more inspired by how we see our users using Messenger and we just saw the growing popularity of group chats and this is one of the best use cases of why Messenger’s so great”.

“Whether you’re on the way to friend’s birthday party or running late to reach office on time, Uber ride with Facebook Messenger can get you to your destination faster.”

Earlier this month, a public API update is released by Uber for iOS and Android developers to add an official “Uber Ride Request Button” to their application. Lyft also discloses their open API for third-party developers, like they made it with the Slack.

Those mobile app developers, who are installing such code, are not allowed to offer a competing ride-sharing service. Observably, Facebook is a player and can omit this policy, as Messenger will have Lyft and Uber side-by-side starting in 2016.

After one month of battle with the airport, Uber and Lyft has finally signed an agreement with the LA city council to get the permission of pickups at the airport.

Uber Black and Uber SUV rides (both driven by TCP-licensed drivers) will pick up passengers on the departures level rather than at arrivals. Previously, riders, who want to use UberX, can take the airport’s rental shuttles to request a ride, as the airport didn’t allow UberX riders to pick up on-premises.

Compared to UberX, Uber Black is more expensive in Los Angeles. It charges around $50 more for a ride from the airport to downtown. For this, LAX is charging a surcharge of $4 per UberX pickup and drop-off and a dollar minus then the $5 fee of airport licensed Uber Black Drivers. Finally, people have affordable pickup alternative at LAX with Lyft and Uber.

Don’t you think that you have a transportation app like Uber? Get excellent Uber clone with fabulous UI to provide your user a remarkable experience. We don’t develop the same application, but we develop much better by integrating essential feature. Our mobile app developers also provide a custom solution, considering your requirements and budget.

Competition is High. But, Uniqueness is greatly accepted and appreciated by user. Execute your unique idea into an App like Uber.