Why Uber Is Not Welcomed In Las Vegas Taxi Market 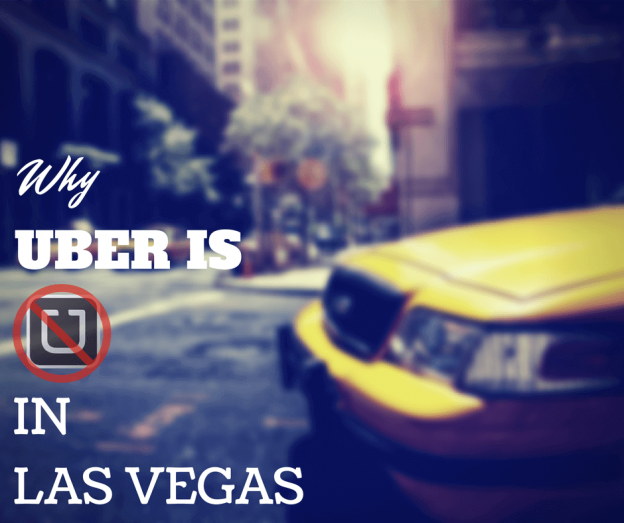 Technology has made finding taxis for tourists easier than ever.

Taxicab companies like Uber, Sidecar and Lyft use smartphones to connect riders with their rides at one touch.

However, this type of online booking service didn’t exist in Nevada until recently.

Ride Genie App, a cab service that offers taxis and limos using smartphones, was launched on the 16th of this month. Uber has been trying to enter Vegas market but so far has been kept out due to heavy regulations.

Uber may just be a four letter word in Las Vegas but not in the 70 other cities in US where it’s ride-sharing app has been serving tourists since 2009.

It has its presence in big cities like New York, LA, New Jersey & Chicago, and smaller towns like Tacoma, Vermont & Ann Harbour.

In the list of places where Uber is a prominent name, Las Vegas’ absence is quite apparent because the city is one of the third most populated and famous places in US.

It leaves tourists and residents wonder why Vegas has not been on the radar of the biggies in the taxicab industry.

More than 26 million taxi rides in Las Vegas generate revenue worth $400 million every year. Such a lucrative target for taxicab companies like Uber doesn’t have ride sharing services, you may wonder.

The fact is that ride sharing companies have always targeted Vegas as their market but never succeeded owing to Nevada’s unique structure of taxi and limousine industry. That and a hefty tourism makes the city a tough market to penetrate.

The state of Nevada has the strictest of rules in US when it comes to taxi and limousine services.

The guidelines on insurance, fares, driver background checks, vehicle safety, and other areas have solid regulations which are taken seriously. Also, only a certain number of taxis with medallions are allowed to operate in the streets at a time.

Taxicab companies cannot just start operating in Nevada because that would be illegal. There is no prohibition on them, nevertheless. They can follow the legal method; visiting the authorities and filing an application is all that takes.

Las Vegas is not like other cities where Uber can “hire lobbyists and throw some money around” for its benefit. That kind of a strategy doesn’t work here because a board of appointed officials at the state level who govern the taxi industry are isolate from directly communicating with the lobbyists.

On the other hand, Ride Genie app launched by Integrity Vehicle Solutions, is a legitimate app that functions within the confines of Las Vegas’ stringent taxi and limo regulations and fee structure. It may cost a tad bit more and but gives the riders access to 400+ sedans, SUVs, and limos from several different transportation companies. It is a successful attempt to put competitive differences aside and create a good consumer experience.

However, Ride Genie isn’t the only ride sharing app that provides licensed taxi services. There are other companies who have similar apps like Uber and Ride Genie.

iTaxi, the Las Vegas e-hail taxi app connects riders within a range and can pick you up from wherever you are and whenever you want, provided you are using Apple or Android smartphones.

You, too, can create a ride-sharing app of your own. Contact us to know more about how you can proceed with your ideas on the same.

How the Latest KitKat Can Take Your Android App Development Project to a Next Level?