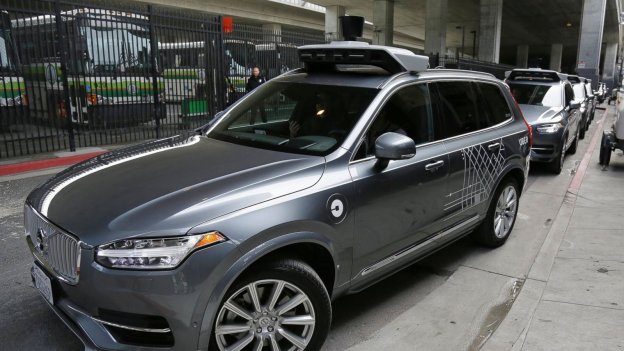 Now this was an embarrassing twist for the Uber as it had already set up its self-driving cars service as a big event in its hometown, especially when the other apps like Uber and tech rivals who have started to develop uber clone app are in competition to bring autonomous into the market.

This has also raised many questions whether the company will continue to offer self-driving cars services or not as Uber isn’t listed on D.M.V. (Department of Motor Vehicles – California) website as of having permit to test autonomous vehicles in the state. Though, Google, Tesla, and General Motors do hold permissions to test autonomous vehicles on California streets.

In response, the company said – It was compliant with all state and federal laws. The department of motor vehicles defines autonomous cars as those which drive “without the active physical control or monitoring of a human being”. But the Uber’s self-driving cars have an engineer at the wheels to monitor as well as control them, making their self-driving cars not fall under that strict definition.

As a matter of fact, Uber has ran into many battles in past with other top ride sharing apps as well as worldwide authorities about the dearth of licensed drivers and various other issues. And this time, the new self-driving car from the Uber is coincided with one of its rivals XC90, a Volvo sport vehicle designed with lidar, wireless technology, and seven cameras.

Wherein, here’s how Uber self-driving car is outfitted with: 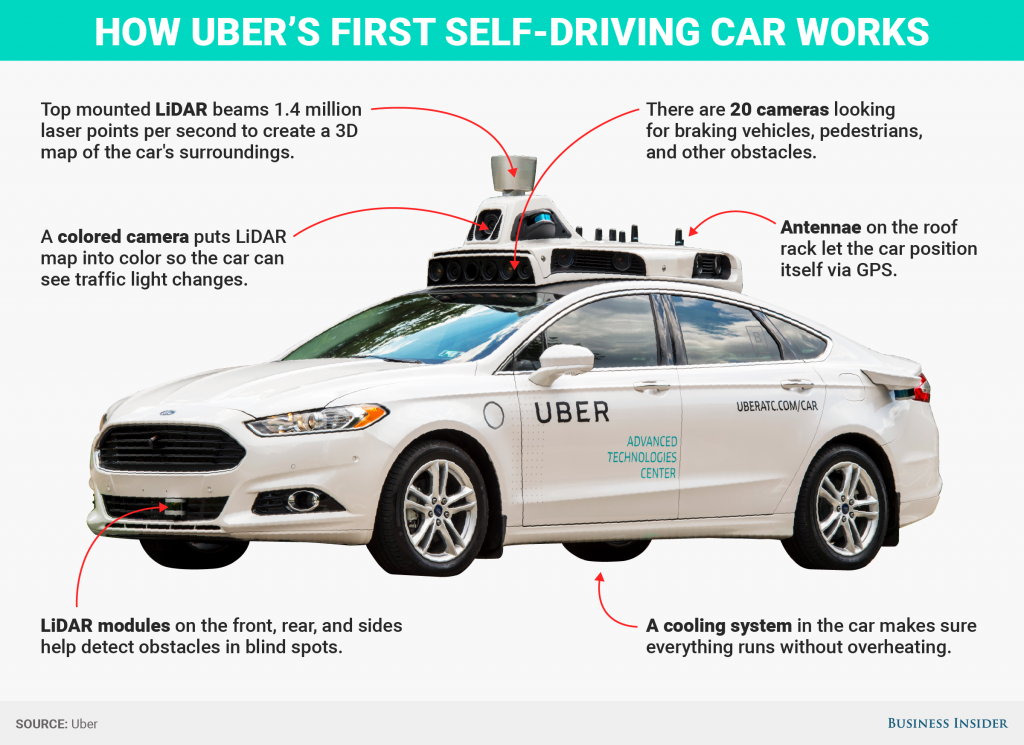 In an interview, Anthony Levandowski, vice president of self-driving technology said “we tested in the rain and other types of weathers, and we’ve implemented lane-changing capability since we started in September”. The company has faced no issue so far during tests. Now Uber wants to see how it works out in a new environment, with the giant hills that San Francisco has.

However, when a competitor started service like Uber with the Volvo XC90, it ran a red light, which was caught on the camera. This also raised question in opposition to Uber’s self-driving cars service about customer and public safety. However, in response, Uber said : ”this incident was due to a human error. This autonomous vehicle was not part of pilot and it wasn’t carrying any customers.” The driver involved in this case is being suspended till they investigate the whole situation.

All in all, Uber now has to fight even harder to get their self-driving cars service out on California streets for the public. There hasn’t been much news after then, but we do look forward to see Uber’s self-driving cars on the streets of California.

Bhaval Patel is the Director (Operations) at Space-O Technologies. He has over 15 years of experience in business management and sales. He has expertise in the taxi booking app solution and on-demand applications. Under his guidance, Space-O has developed 50+ Uber-like taxi apps on both iOS and Android platforms.

Have a Ride Hailing App Idea In Mind? Contact Us Now