Trending Feature of iMessage App that Can Make a Real Money 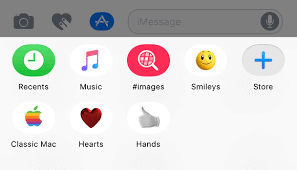 WWDC carrying cool updates to Apple products, one of them is entirely revamped of the messages app. This year both iOS and Android have giving messaging a priority, with Google announcing Allo and Apple revealing its latest features in Messages.

The huge change in iOS 10 is the Messages app that is suddenly a lot more playful with the extension of apps, animations, text effects, stickers, drawings and many such uncommon features.

A healthy variety of applications will be accessible with installing iOS 10. The latest updates are seen for the apps such as Evernote, OpenTable, email by EasilyDo, JibJab, Yelp, Words with Friends, Square Cash, The Weather Channel and Super Mario Run Stickers for iMessage.

The trending messaging app; iMessage App is leading on iOS platform as it is integrating apps and providing extensions to various apps with its unique features.

JibJab expanded its feature and got an extension to iMessage app and now it helps you to share your own GIF. According to latest updates, Tumblr and Momento are now sailing in the same boat. Let’s see how Tumblr and Momento differs from that of JibJab.

Tumblr is in The Race

Tumblr’s new iMessage app is a dream come true for GIF lover’s. This iMessage extension supports for GIF-making process and can make you the star of your own animated videos. It does end not here, you can also add emojis and text to GIFs, and customize their autoplay features. 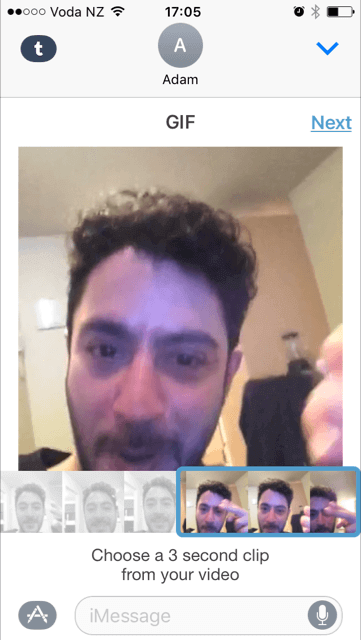 As a part of iOS 10 updates, Apple added a GIF feature to its messaging platform that enables you to add existing GIFs to conversations. With the updated Tumblr app, you can do that without moving out from iMessage.

Momento for iMessage converts your images into GIFs

Momento an iMessage-only app which turns your photos from your Camera Roll into GIFs automatically. It lives as what feels like part of the keyboard in iMessage, and it does only one simple thing: scans through your photo library, converts live photos into GIFs then, makes them accessible to share with a tap.

An app costing $2, but the results are surely worth it. Momento turned a group of average photos into cute and funny memories.

Momento’s creator, Genady Okrain, said, he wanted to develop something which encourages people to revisit their photo memories.

Momento’s creator, Okrain said to TechCrunch that,
“As an amateur photographer, I have a lot of experience with photography. I’ve been amazed to see just how many photos people take. All those photos are on people’s devices but no one is looking back on all of them. Momento creates cool GIFs from those photos and that help people remember those old moments.”

Despite being a paid application, till now it has received 800 downloads and has scanned around 10 million photos.

Apple opening the platform for third-party developers helps it remain competitive in front of Kik, Facebook, Line, and WeChat as all of them have launched a platform for their messaging apps respectively. A communication app, iMessage serves user greater freedom to express their feelings via GIFs.

We are no more in an era of text-based communication, now addicted to frequently use emojis and GIFs in our professional and personal lives as well. Earlier, we were limited to express ourselves but, now we can customize and can decorate the conversation so that our expression matches more closely as we talk.

If you have a similar idea to develop an app including GIP feature into your app we can help you to make your idea live as we are award winning iPhone App Development company and has successfully delivered 1500+ application to our potential client.

Any ideas for iMessage App? Fill this Form.