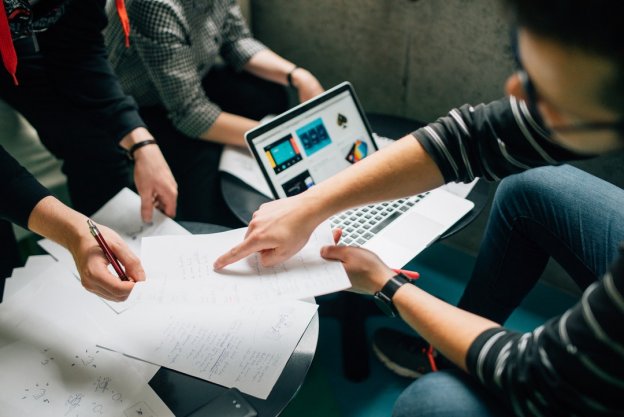 Productivity apps doubled their share and we have seen the huge growth in use year-over-year, as people are replacing smartphones and tablets with their computers.

Top grossing apps like Evernote and Quip have gained superiority and adoption while there are many applications promises to help users by providing free space to their smartphone by backing up and deleting their pictures.

The other top grossing apps like Google Photos also helps to organize pictures into albums and enables users to share it with their friends. Interestingly, Google Photos claims to have unlimited cloud storage space and cross-device syncing for the pictures. This application enables users to store original quality of images in your Drive space. In addition, there are some applications that simply move photos into the cloud for safe-keeping.

Providing Free Space for organizing your photos into albums, Everalbum App Can Do Everything. Watch this video.

Andrew Dudum, the co-founder of Everalbum, thought that the average person doesn’t have an idea about gigabytes or megabytes, or they even don’t know how many photos actually they have in their smartphone.

When he set to develop a photo management application, he felt this fact was something that established application doesn’t devour or they are completely ignoring. He has decided to divide the particular market into two sections. He thought to developed Everalbum that should be mixed of “backing up” and sharing with your friends.

With this approach, Everalbum app has gained a rapid growth in the past six months. Interestingly, this productive application ranked at number 11 in US downloads for productivity apps on iOS and is also the highest grossing application in that category.

According to the Everalbum’s team, they have backed up more photos in the last 90 days, compare to the competitors like Microsoft’s OneDrive, Google Photos, and Flickr.

“It’s about organizing, and aggregating and making sense of [your photos] – about finding those important moments in your life, and making it really easy to organize them for you,” says Dudum. “It’s a very different product from a cloud storage product, and I think that’s why it’s resonated so well with the mass market.”

How Everalbum App Differs from Others?

Everalbum doesn’t just upload the pictures of your phone like other applications, it also aggregates photos from many of the services, including Instagram, Dropbox, Facebook, and Google Photos. Obviously, there are many startups have tried to elucidate problems around organizing photos and storage, and most of them are ending up exiting and folding to the larger players.

However, there are some big names in the cloud storage have resisted with their own application. For an example: Carousel, Dropbox’s dedicated photo uploader was shut down in just a few months ago.

For users, it is troublesome to put your trust on a smaller startup like Everalbum and hoping that it can be kept memories safe indefinitely.

One thing is in the favor of the app owner that it’s business model allows generating revenue. Everalbum drives its users to upgrade its premium tier, Everalbum Plus that has extra features like unlimited storage of full resolution photos, unlimited HD video upload, and priority customer support.

Everalbum Plus users have to pay $9.99 per month for the extra features, which is enough for them to be into the Top Grossing charts for Productivity apps on iOS. Some interesting facts about Everalbum are

· freed up 5300 terabytes of storage on people’s smartphones and
· 120 million albums shared to date and
· a 4.5-star rating across nearly 4,000 reviews.
· The latest version achieved a 5-star rating

Not only it is limited to backup, organization, and sharing, this application also has some interesting features like short animations called flipbooks, “throwbacks” ( the same feature that Google and Facebook have), favorites and so on. moreover

Users can also join Everalbum Club for $9.99/month to get physical prints of the photos.

What is the reason Everalbum Become Fast-Growing Photo App?

Everalbum doesn’t have anything unique but has combined everything in one single application in the smarter way and turned into a paid utility.

The company also trying to make everything better by collecting massive photo collections from different sources, including messaging application or older photos.

When we have developed an app like Everalbum, MoPho, it creates stunning moving photos and brings life in them with simple animations. This application also creates animated GIFs, Stereograms, or 3d(ish) Photos and users can easily share with their friends.

But You (Appreneurs) & Space-O both knows the unique is not app development the unique is an idea and that is where our mantra of “Design-Led-Engineering” performed well.

Just for your information, Everalbum has raised funding of $8 million from Khosla Ventures, Cherubic Ventures, and Felicis Ventures. Recently, this application has arrived on Android, after iOS. It is expected that the company might use this funding to expand its user-base and developed apps for Apple TV and even VR – but no detail of expansion is available right now. But this is good investment in an app to make it even better.

We believe in the instant implementation of an idea. Do you have app thought? Discuss now and Do it. Our experienced mobile app developers have developed many apps of different categories and app clone, check out company information page. As mobile is in our DNA, we believe that each interaction should generate an emotional connection, not just between a user and an app but also between a human being and a brand.

We have some of the best work in the last year to show you, let’s connect…​​​​​