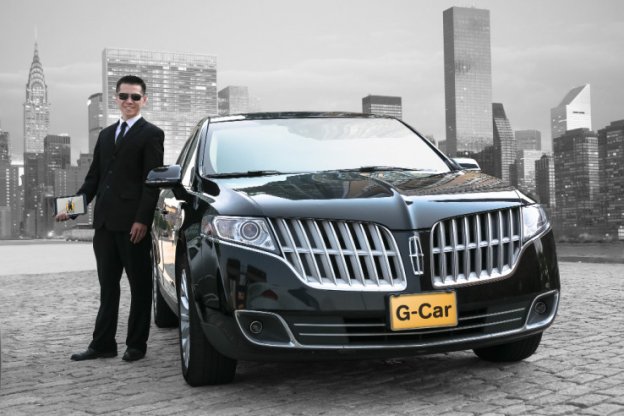 Founded in 2010, Gett, the taxi booking app startup has spent years trying to gimmick its way into the same ring as Uber. Yesterday, on 26th March 2017, Gett acquired Juno for $200 million.

Juno is another Uber-like taxi app startup co-founded in New York by the founders of Viber, who sold the messaging app to Rakuten in 2014 for $900 million. Juno was emerged in 2016 with a specific mission to take on Uber which is already facing criticism about how it treated its drivers.

The concept of Juno taxi app is to give drivers a shareholding in the company, with the understanding that even if one day their roles as drivers might potentially get supplanted by autonomous systems in future, they would nevertheless retain a stake in the fortunes of the company and be less financially at risk.

Gett, the taxi booking app startup also tried to lure Uber drivers with the promise of higher pay. In September 2014, Gett announced an unprecedented flat $10 fare for all rides within Manhattan, regardless of how far they were or how long it took to get a passenger to their destination.

This was done to boost Gett’s ridership in the city and it largely succeeded.

Later in Oct 2014, Gett promised higher pay rates to meet the consumer demand by hiring Uber drivers. The taxi booking app Gett promised sedan drivers a rate of $0.70 per minute and SUV drivers $0.85 per minute in addition to whatever tip they received while driving. Gett also said that with drivers regularly working 40 hours a week can earn up to $110,000 a year.

Furthermore, Gett also offered $500 for drivers who switch from Uber to Gett and addition $500 when the driver completes their first 20 rides, in addition to providing free training course and a tablet and data service for free.

While all these strategies seemed to work out fine to increase drivers as well as its ridership, but the one of the main reason behind Gett’s success is their No-Surge policy.

Unlike Uber and Lyft, Gett taxi app charges the same price even during at peak times such as less drivers or rainy seasons. In fact, Gett also launched “Surge Sucks” Campaign to take down Uber. 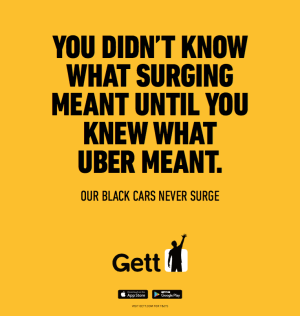 Riders who are fed up with Uber or Lyft’s surge pricing can submit them to Gett and receive full Gett credit on the price of those surge fees to be used later. Gett rounds up every surge charge to the nearest $5 increment ($35 would become $40) and will pay out up to $100 in credit to cover the Uber costs to hopefully convert them into a Gett user.

This strategy allowed Gett to grow fast, increasing both ridership as well as the number of drivers across many cities. Today, Gett is number one in Europe and is available in 100+ cities worldwide, including New York, London, and Moscow. In fact, in London more than half of all black taxis are running on Gett.

The company even received series funding throughout its journey. In May 2016, the German car giant invested $300 million in Gett to expand its on demand services. After that, by the end of the year 2016, Gett also received another tranche of financing. In November 2016, the company announced that it has secured another $100 million, a seven-year loan facility from Russia’s SberBank.

Gett further stated that it will use this to further expand the service with the bank as well as more general business expansion. Including this loan, Gett has raised $622 million to date and the company is looking for funding at a valuation of around 2 billion in near future.

The success of taxi booking mobile app Gett again proved that with consistency and right approaches, It’s still possible to enter the crowded marketplace and be successful.

BlaBlaCar is another example of similar journey. The company did face its ups and downs but it is now a successful ride sharing app startup. In fact, BlaBlaCar’s success story teaches a valuable lesson of how with consistency and iteration, one can establish a million dollar taxi booking app startup.

For anyone trying to create taxi booking app like Uber or Lyft or BlaBlaCar, it is highly important to first find a problem in the present on demand service model and think of ways to resolve it. In fact, if you already have an idea for this, then half of your work is already done. Now, the next important remaining step is to carefully choose and hire top mobile app development company having experience in building on demand apps.

Before getting down to implementing your Uber like taxi booking app idea, consider analyzing competitors and their respective business model to build your app successfully to stand in the marketplace.

Want to develop Lyft or Uber like app? Ask these 5 questions