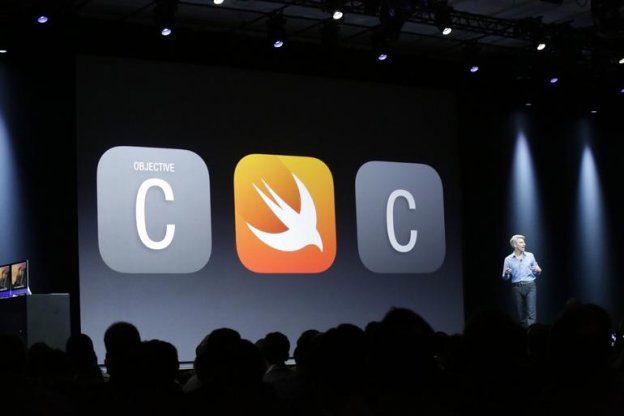 Programming languages don’t die easily, but since Apple released their new programming language Swift in 2014, lots of iOS developers started debates on Swift vs Objective C, and taken the opportunity to test its features in their iOS apps developed in objective C.

In fact, Apple appears to have big goals for its new programming language. The new Swift comes with optimized compiler with performance and development. Though, Apple hasn’t announced all their goals yet, but it is designed to scale from ‘Hello world app’ to building an ‘entire operating system’.

However, if we look at swift from perspective of app startups as well as businesses, swift do have advantages over objective C.

Furthermore, the swift language is fully compatible with objective C. Apple allows developers to use both languages in the same project which means, developers can new Swift features into their existing app projects. However, there are still some differences that every developer needs to remember while moving to Swift from Objective C.

First, you need to create a file .Swift with the same name of the corresponding header and implementation files. If you want to access new Swift file from Objective C, then you must inherit from Objective C class.

While there are certain tools available both free and paid to convert Objective C code into Swift, but most of them are limited to their functionality. Therefore, it’s better perform the migration manually.

As for App startups, between Swift vs Objective C, the rise of app intelligence will continue to rise by tech startups. In fact, according to Apple, 98% of top 500 fortune companies have an iOS app.

So, what does this means for tech app startups and enterprises?

Upon the launch of Swift, Tim Cook announced that Swift is the next big programming language for the next 20 years. Of course, that’s a big statement, but the Swift is indeed packed with open source of core libraries, and ability to create contextual apps on the latest version of iOS.

The new Swift provides opportunity to build iOS app that can utilize the proactive features to increase and expand the services in the years to come.

Moreover, most people in the industry believe that Swift is on its way to become main language for iOS app development, so it’s advisable for iPhone app developers to use it in next project.

The good thing is, the iOS app developers won’t have to rewrite the entire existing codebase as Swift allows to work on both Swift as well as Objective C classes for the same app development project.

As for App Entrepreneurs, you should know that the Swift programming language has already been adopted by Lyft, Slideshare, and many other successful startups. In fact, Flipkart, in a recent event also announced that they prefer to build all their new components into Swift rather than Objective C for the new modules.

Being one of the top iOS app development companies in india, we always advice our clients to develop their business apps in Swift for their startup idea. And, if you’re still uncertain, consult with an expert or iPhone app development company to get a brief information about how developing iOS app in Swift can create something incredible and valuable for your respective businesses.

Have an iOS App Idea in Mind? Let's Discuss!

How to Make Karaoke App With Minimal Coding Experience – Part 1

How to Ease iOS Keyboard handling in Xamarin App Development?

Are you Looking for Apple iPhone Application Developer?