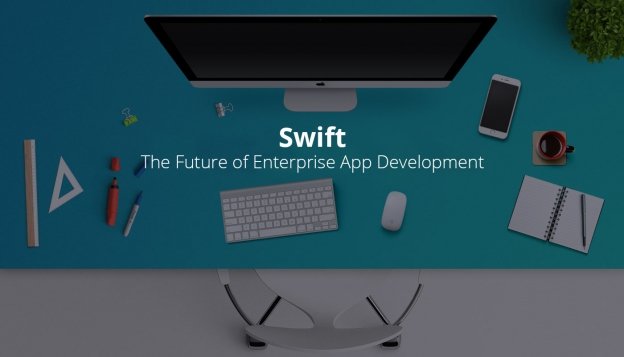 Since the launch of Swift programming language, Swift app development has always been in the middle of all discussions among many enterprises. So is it time to make the switch to a more approachable and fully-featured coding language for iOS Swift development? Let us explore and analyse this ongoing trend.

Do you know why Lyft (Uber’s Competitor) rewrote its iOS app from scratch in Apple’s new language ‘Swift 4.0’?

A long time ago, when Lyft had just been born, its code was simple and small. Now though, after years of reworking on it, the same code had ballooned up, to an unimaginable size to 75,000 lines of code. Rewriting the entire app in Swift, they had the code that performed the same tasks in less than a third of that.

Another reason may be to get the app featured in the App Store, since Apple loves apps that follow the trends that they launch.

So they basically ended up with an app that gave space for developers to be productive and clear.

Lyft’s old code was fine. But its new version is tighter, easier to maintain and ready for the future. – Chris Lambert, CTO, Lyft

See our latest video on why Swift and its latest version Swift 4.0 is the new ride for iOS development.

Apps that incorporated Swift code into their apps or built all-new apps entirely in Swift 4.0

Swift has “people banging on our door” – Getty Images

According to the interview of Raphael Miller, the manager of application development at Getty Images with Appleinsider.com, Getty Images first adopted Swift when they participated in WWDC’s 2 days hackathon. They then made this app live, on iOS and OS X, getting a brilliant response from app users in general. Swift has particularly given the interest in mobile development, in general, as said by him.

“What Apple is doing with Swift is a great addition.” – American Airlines

Mr. Phillip Easter, who manages the American Airlines app, says, the American always attempts to remain “progressive in the mobile space, looking for ways to improve our development cycle and for improvements to the platform,” adding, “what Apple is doing with Swift is a great addition.”

He also showed the basic and tangible benefits of Swift, and also mentioned that Swift had higher quality code that’s easier to maintain along with related performance enhancements.

The app team of LinkedIn had chosen to go Swift for the SlideShare app development because its syntax is very simple, English-like and expressive. According to them, Swift’s functional programming features and focus on safety was their driving force towards change. Objective-C interoperability was important for their decision as they knew that they would want to leverage both internal LinkedIn frameworks and 3rd party open source code that had been written in Objective-C.

Objective C is the past. Swift is the future of enterprise app development.

While developing iOS apps, especially for enterprises, it is better to investigate for and choose Swift. If you still haven’t investigated, here are some of the reasons that will help you in understanding why enterprises choose to make their iOS apps in Swift.

Why experts recommend Swift language in your technology stack…

The applications made in Swift truly live up to the name, by being fast and of a better quality and high performance.

Faster than Apps built with Objective-C

Relevant Article:
Swift 4 Features: Learn What Has Been Changed, With Examples

Swift is already open sourcing the language up to accept Android app development under its wings as well. The Swift language was initially meant to be only for iOS and OS X apps, but now it is taking the step forward and will be making itself available for Android apps as a part of Apple’s decision to open-source Swift.

If you are an enterprise, trying to make an app for your company or employees, you have two options with you:

In both the case, you have made the right decision, all you need is a strong implementation plan. To sum it, if you are aiming to develop enterprise apps, for a specific business outcome, so as to serve it to a larger group of audience, then Swift is your biggest chance to make the app a clear success.

So want to ride the Swift way?
Hire Swift App Developer for your app development now…

At Space-O, we iterate quickly, so a rapidly changing language or technology stack is not a challenge for us. With Swift, we believe that short lines of code decrease the possibility of bugs making your application reliable with a richer app experience.

Our Swift services include:

Socket communication and Development in Swift

Support and maintenance of Swift apps

You can create an entirely new application with Swift today, or begin using Swift code to implement new features in your app, or enhance existing ones. Either ways it will create something incredible and valuable for your organization, with Swift.

Swift is swirling away the norms of mobile app development, to bring in new rules of its own!

Want your enterprise to grow? Get started & Hire Swift Developer!