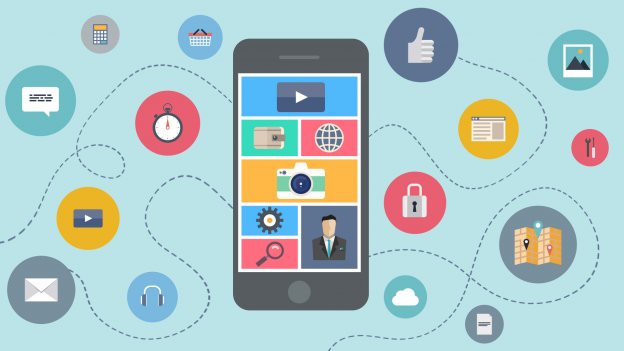 Mobile apps have been popular ever since the first days of smartphones. In fact, in the past few years, we saw a huge increase in the demand for mobile app development. This increased demand and popularity is brought by Entrepreneurs with their startup apps.

Today, apps are build not just for smartphones anymore, they’re also build for wearables, smart cars, connected homes, IoT applications, and much more. As we have stepped into 2017, it is a huge opportunity for consumers as well as entrepreneurs. Now, it is time to look forward and focus on the trends that contributes in the success of startups.

Big tech giants have already made the purchases in the location-based services space and the Beacon technology is also becoming popular. However, since this service drains battery quickly, hardware innovations in this area can enable Entrepreneurs to flourish in 2017.

Internet of Things and Industrial IoT is in the midst of a major boom right now, in fact the apps that will integrate IoT will go on the top. Businesses in the fields of security, education, smart homes, health, and others have started experimenting and integrating the IoT advancements, so keeping this in mind while establishing your startup will be a good move to get ahead in 2017.

Application Security Will Be Important Than Ever Before

Ever since startup apps ask for sensitive user information for their services, the security of smartphones has become more crucial than ever. Surprisingly, many users do not take smartphone security as seriously as they must, and this can actually make a huge difference, either at the API level or with a simple code to access the app itself.

Moreover, ever since Apple has moved its programming language from Objective C to Swift, many experts and entrepreneurs are adopting this platform with the help of iOS app developers. In fact, this will be a game changer for many developers due to its better features and better user experience.

After the release of Pokemon Go, the AR has caught the attention of every eye. Google and Apple both are doing their bit to improve the augmented reality on their respective platforms.

The biggest advantage of best-augmented reality apps is the bridge that is gapped between digital and real world. Furthermore, the digital marketing and promotion of products are offered on a whole new level through exceptional options. Smartphones today have the processing power, camera, GPS, and many other capabilities to do impressive things. And, people since Pokemon Go are expecting to see a lot of AR applications on their smartphone in near future.

While the number of startup apps is booming in the App Store and people are paying more money to develop and buy mobile apps, this year it’s even more important for Entrepreneurs to focus on these trends when they hire mobile app development company for their startup app idea.

An Easy Way to Find Which Chatbot Suits Your Business