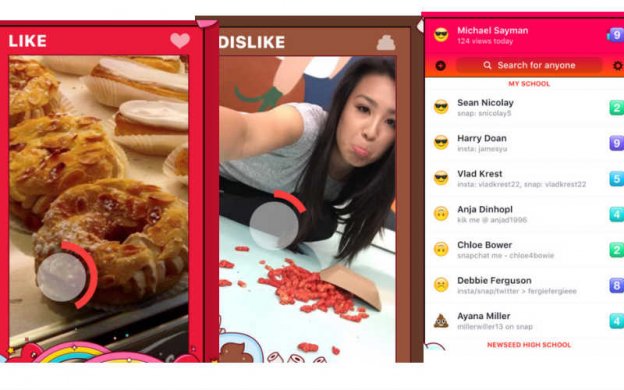 Recently, Facebook launched Lifestage, a standalone iOS app, to target high-school goes under 21 years. Through this application, you can create a video profile which shows your entire journey of using Facebook.

While using this application, users can provide personal information in the form of short clips that the app turns into a video profile. Lifestage application asks for the happy and sad face, likes and dislikes, best friend and more, rather than substantial in this biography quiz with text, you shoot videos.

Lifestage application turns those recorded clips into a video profile, so other users can watch. Anyone, who are 21 and younger, can download Lifestage will only be able to see their own profile, as it is developed for high-schoolers to learn more about their classmates. With a quick swipe, users can block or report people, if anyone tries to creep on the kids. Here is the official announcement by Michael Sayman, a Product Manager at Facebook who built Lifestage.

Facebook’s 19-year-old product prodigy Michael Sayman tells, “I went back and looked at Facebook from 2004. At the time I was in second grade” to create Lifestage. “Thanks for making the rest of us feel old, kid.”

After that, Facebook opened to their own profile instead of the News Feed. Lifestage works similarly. You will see a bunch of bio questions you can answer with videos. The more you fill in, the more questions are opened.

You will see the people from your school who have recently updated their profile. You can tap through to check specific answers, or swipe through to skip to different sections. People get ranked with higher levels to instill some gamification if they have added more to their profile.

You will also see a sunglasses-smile emoji by people, who have recently updated. One cannot contact people directly through Lifestage, as Sayman explains, “My friends and I have a bajillion messaging apps we already use and love, so what’s the point of having another messaging app? It just seems annoying to me.”

Rather than, each user gets “Reach Me” line of text that appears below their name that could be used to show-off their Instagram or Snapchat handle, or another piece of contact info. With Lifestage, Facebook could capture the attention of teens, who might connect with Snapchat.
When asked about Snapchat, Sayman said, “I think of it like really great competition. They’ve got a great product and there’s a lot to learn…about how people have started to evolve the video space.”

He also noted that his Instagram Stories are getting more popular than his posts on Snapchat. The main worry for Lifestage application is that Facebook doesn’t have a good record with standalone apps, having closed Notify, Slingshot, Paper, and Poke.

Facebook doesn’t see Lifestage as de-railing Snapchat, as its promotional materials, including ‘Reach Me’ text like “Snapchat me.” Mark Zuckerberg wants “video at the heart of all our apps and services” rather than Lifestage could teach Facebook how to expand its profiles with video.
Previously, Facebook also introduced profile picture videos at F8, however, they didn’t get any popularity.

Lifestage is a true video creating an app that tells the story of who you are. With this standalone app, Facebook tries to attract new users and engage existing one. The question is, will it be successful? Let’s see.

Do you want to develop a standalone app for iOS platform? Then only hire professional iPhone app development company which can fulfill all your requirements within a short period of time.