Spread Your Wings and Enter into the World of Mobstar 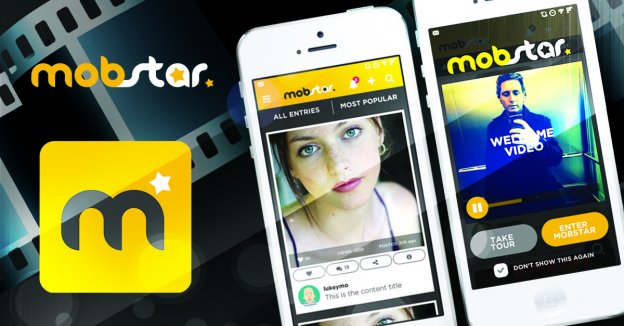 Everyone is talented in one way or the other, but knocking the right opportunity and climbing the ladder is something which everyone waits for.

An opportunity that gives right platform to showcase one’s talent and get recognized in front of millions of people just by scrolling down. Do you think it is possible in the age of Smartphone?

YES! With Mobstar, the new app for talent discovery getting recognized and being in the hearts of the people is just a matter of scrolling down your smartphone. A free download on Android and iOS that gives people all over the world the opportunity to showcase their hidden talent.

So what is this Mobstar? How is it going to help me with my talent showcase?

A Mobstar is the platform that provides an opportunity for the global talent, where an app user can record their music video for 15 seconds and upload the same. Basically Mobstar provides a platform that enables unswerving engagement between the talent and the fans.

Being an open global competition, a crowd-funding that supports and develops global talent, all you need to do is download the Mobstar app, using record button, record your music video and just wait for your countdown to sing.

How does Mobstar help Artist?

The main idea behind Mobstar was to support truly talented person who are interested in sharing their talent with the world, who want to be part of the entertainment world or a judge.

So, what an artist need to do is simply upload their recorded music talent into the app from their mobile device. Once your video has been recorded, there are serious Mentors who will filter the videos and the world votes in real time, where the cream rises to the top, who in turn will get a chance to work with an array of celebrity mentors like Bill Bennett, and ultimately winners are set to receive top industry deals.

Yes, the videos can be shared on Facebook and Twitter, this helps to increase your fan base which gives you an opportunity to be exposed to the world in a big way.

How has Space-O been a Win-Win in making the app like Mobstar?

The client approached Space-O, we just had their logo, from which we got some definite idea of the app, but were not sure of the ongoing of the app, and they wanted auto scrolling or the autoplay application, which was made easily possible by Space-O, from designing of UX to auto scrolling everything was carried out smoothly.

Apart from the music category getting launched, is there any other category to showcase the talent?

Right now Mobstar has started with musical talent, but very soon the talent door is going to be open for Fashion, Dance, Comedy, Modeling, and Art and more.

How is the future of Mobstar seen?

With nearly 3000+ users now only for music talent, Mobstar is definitely going to break into a record number of users. Right now Mobstar is functional only in the USA and certain part of Ireland, it is constrained to English music, but soon, the language barrier will be filtered where Mobstar will see a huge number of users across the globe.

With an abundant number of talents in the globe, Mobstar is giving way to break all the barriers and enter into the world of competition just by sitting in your bedroom. Talent has more wings to spread in age of the smartphone, why restrict your wings?

In the world of unlimited chance, to get recognized, why close your boundaries to make billions by getting apps developed, which will convert your user’s into $$$, get in touch to know more about developing apps here.