The happening things occurred for the SoundCloud community – creators and listeners. The SoundCloud Go is now available for listeners in the U.S.

Exactly same as SoundCloud, SoundCloud Go has expanded to the next level, having a catalog of tracks with new features and new functionality.

Users can have more tracks from established and emerging creators. It provides the massive hits, the latest tracks from the biggest names, the most engaging podcasts, the sounds of the underground – everything at one place.

Interestingly, it allows users to listen to offline on the mobile device without an internet connection or a cell signal.

Best of all, everything with uninterrupted and ad-free listening experience.

The user can access to SoundCloud Go at a discounted rate of the $4.99/per month if he/she is based in U.S. and have a Pro Unlimited account. This is valid for the first six months of subscription time only. SoundCloud enables users to take their tracks and playlists wherever they go. Users can make their likes and create playlists available for offline listening.

Another feature of SoundCloud Go is users can make all of their current and future likes and playlists available for offline listening. Users can also find Liked tracks and playlists in real time, and future tracks or playlists will automatically save as well.

Want to Develop an App like SoundCloud or Better than This?

Somewhere, this application disappoints its users, but where?

Some Big-Name Artists like Rihanna and Jack White Are Missing

A slew of missing songs and artists are noted by the users. No doubt, SoundCloud has estimated 125 million songs, it has a single snippet from Lady Gaga, which is half a decade old. SoundCloud Go also found similar to YouTube that translates full album. SoundCloud Go can set apart from the crowd by actively promoted itself as the “YouTube of Music”.

SoundCloud Go has many competitors like Pandora, Spotify and thus, it just converts just 5% of its estimated 175 million users, which is around 9 million. 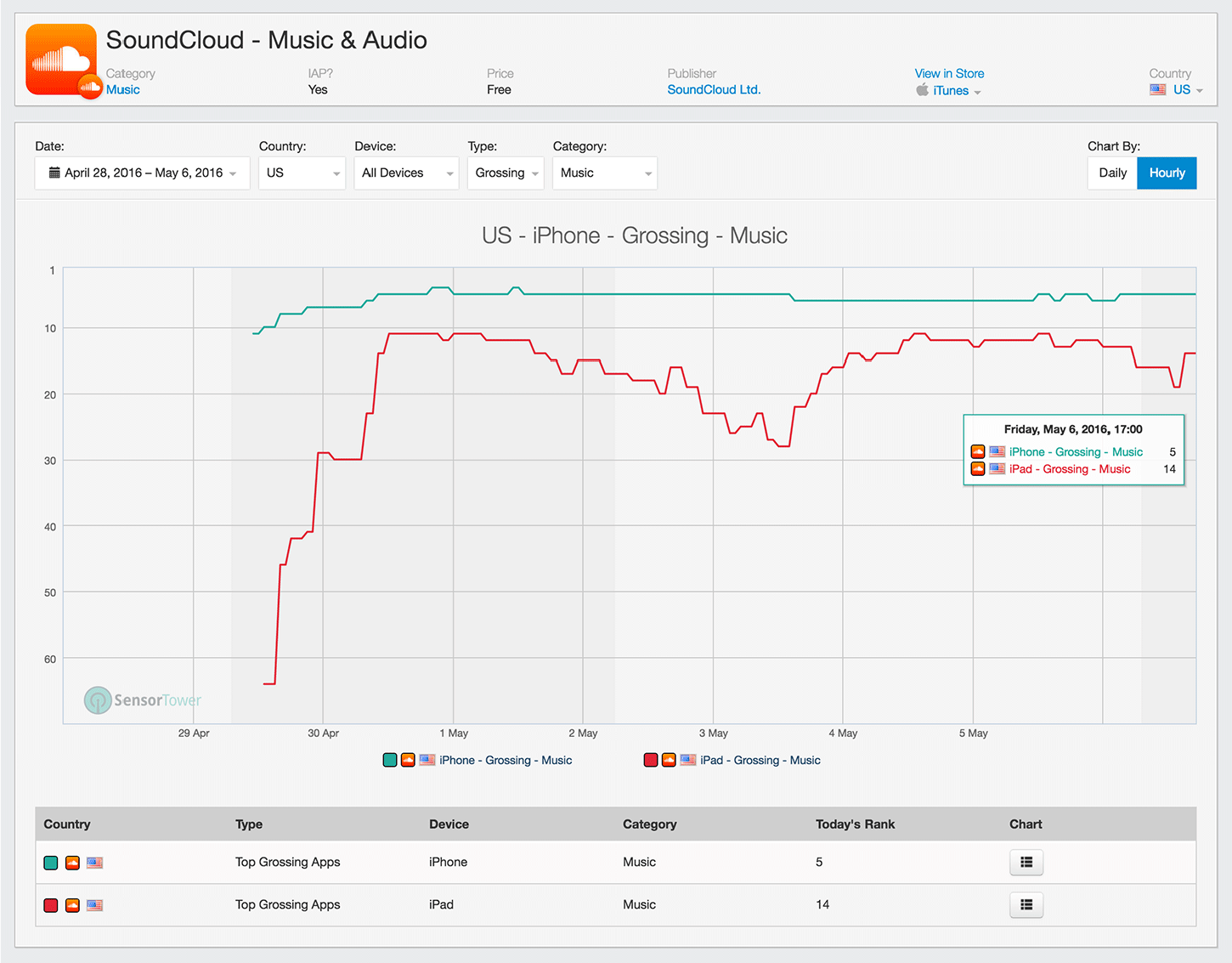 Currently, Spotify has 30 million paid subscribers, Apple started 2016 with 11 million and Tidal gained 3 million in its first year. There is nothing wrong to compete with big names, however, your application should have remarkable features to stand in the crowd.

SoundCloud only has about two million eager “creators” in its eight-year run. There are many in the DJ community avoid SoundCloud like scratched vinyl. Recently, the company has moved to its loyal core contributors.

SoundCloud Go has neat little features like YouTube’s “Content ID” system. This gives music owners to recognize their own songs in mixes and then either gather profits or submits a DMCA takedown notice.

SoundCloud gained the popularity due to its rebel status. It is better known as the place to share and distribute music outside the big-label. Getting subscription based service is good for consumers and fans, however, it is a huge disservice for the creators that develop music app like SoundCloud.

It’s Easy to Develop Your Own SoundCloud App with ShoutEm

Get ready to develop a SoundCloud app by your own with Shoutem. It builds a native application for Android and iOS without coding.

ShoutEm uses a drag and drop interface to add places, news, events, media streaming and more by just choosing each part in its app builder. ShoutEm deploys a cost-effective mobile application for startups, individuals, and small budget SMEs. It has many features like:

Developing App Using tool is Not a Good Idea, we recommended you to hire iPhone app development company to develop music streaming application with custom features.

Most of the people have one question when they think to develop best music streaming application – ‘How much does an app like SoundCloud Cost?’ Is it possible to tell the exact of the app development? Yes, but when you know the exact requirements.

We provide the exact quote for an app like SoundCloud, considering platform, features, and functionality. Our iPhone app development team maintains transparency while working with the clients and ensure to make them happy, as Space-O works with the philosophy – “Our customer’s perception is our reality”.