How Ride-sharing App Uber Expands its App Users and Reaches to 2 billion Rides? 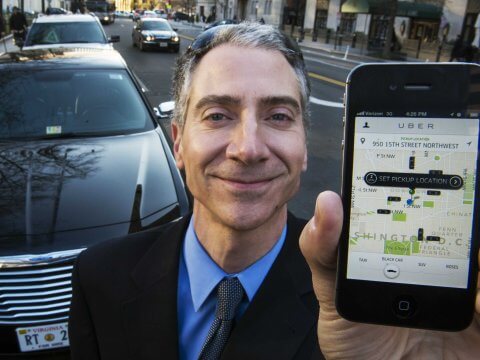 There were 147 Uber rides started in that single second a month ago – tethering for the two billionth trip.

These trips happened from Costa Rica to Russia and from China to Australia, covering 16 countries of five continents. The longest of the bunch continued over an hour as the driver and rider worked their way across Indonesia’s capital, Jakarta, and the shortest lasted just three minutes, a POOL trip in Changsha, China.

Today, Uber is working in 450 cities around the globe. Thus, providing $450 to each of the 147 lucky drivers and riders. It took almost 5 years for Uber to complete billionth trip and next six months to reach the next billion. Uber hopes to reach third billion more quickly.

An App like Uber and Lyft become popular among the investors. Before a month, the U.S. ride-hailing service, Uber has raised $3.5 billion from Saudi Arabia‘s sovereign wealth fund by gaining a crucial partner in its expansion into the Middle East.

Uber said that the investment from the Saudi Arabian Public Investment Fund was the part of Uber’s most recent financing round that valued the company at $62.5 billion. For Uber, it is the most highly valued venture capital-backed company in the world.

Travis Kalanick, Uber co-founder and Chief Executive Officer, called the investment a “vote of confidence in our business.”

Yasir Al Rumayyan, a managing director at the Saudi fund, will take a seat on Uber’s board, as part of the investment. Other reputed names like Huffington Post co-founder Arianna Huffington and Benchmark Capital general partner Bill Gurley are the board members. The Saudi’s investment puts the company’s total balance sheet at over $11 billion.

Now, Uber is operating in 9 countries and 15 cities in the Middle East and North Africa and has committed to investing $250 million in those regions to expand more. However, Uber is competing in the Middle East against local ride-hailing startups like Careem that operates in 20 cities across the region.

“What we continue to be most focused on though is the growth of our businesses around the world, particularly in developing markets like China,” Allen Penn, head of Asia operations at Uber, told a technology conference in Hong Kong.

Didi Chuxing and Uber both have spent to subsidize fares to gain the market share by betting on China’s Internet-linked transport market and become the world’s largest ride-sharing service providers. For that, Uber is spending around 75-80% per trip than last summer.

Uber also introduced its ride-sharing service UberPool that enables commuters to share an Uber ride together. Meanwhile, drivers notified that there are other riders along the way headed in a similar direction.

With this service, riders will save up to 25% of a conventional UberX ride. Riders also see the fare that displayed upfront on the app. For example – A trip from Changi Airport to Tanglin would cost around $15 on UberPool, which would cost you $20.05 or more on UberX.

Warren Tseng, Uber Singapore general manager said that the service will appear as an option on the existing Uber app with termed “look-alike” trips.

“We see a lot of trips going in the same direction, around the same time of day,” said Mr. Tseng, adding that he thought this option would be appealing to the riders.

Uber is also planning to launch UberPool services in at least 10 other cities in Asia. Also, it will introduce some more excellent services for its users soon.

A ride-sharing app like Uber is in demand. There are many travel and transportation businesses thinking to develop an app like Uber. If you have a unique idea for development and execution of the Uber, Lyft Clone, discuss your thought with us. We are providing Uber app development service for Android and iOS platform at an affordable price. Check out estimate here.

Startups’ New Belief: “Patent First” – Is that Much Important for Your Mobile App Idea?